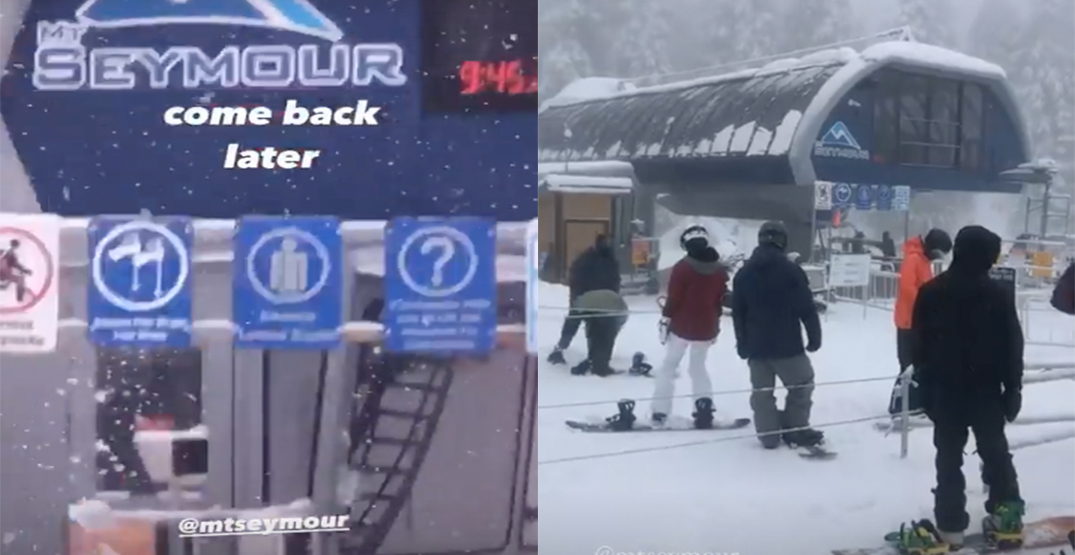 Mt Seymour didn’t open its main chairlift until five hours after it was scheduled to on Tuesday, leading to a disappointing morning for keen skiers and snowboarders.

Arthur Kononuk, a season pass holder, said the mountain should have done more to communicate the mechanical issue to guests, so they didn’t waste time driving up when the chair wasn’t working.

He drove up for a 9:30 am start but arrived to find the Mystery Peak chairlift wasn’t working. He waited until about 11 am, before driving back down to work.

“They should know there’s a problem with the lifts at 6 am, not at 9 am,” he said, adding it was aggravating because the mountain allegedly didn’t post about the issue on its Instagram page or warn any drivers making the 20-minute journey up the winding mountain road.

As Kononuk was leaving, he saw drivers still coming up who didn’t know the lift wasn’t working.

“Put somebody down at the bottom of the hill before you make [the] drive up,” Kononuk said

Mt Seymour spokesperson Simon Whitehead said the lift had a mechanical issue Tuesday morning, and was operating by 2:30 pm.

Although Tuesday’s opening was particularly late, Kononuk says there’s been a pattern of lateness at Mt Seymour this year that’s disappointing for skiers and boarders who’ve spent time and money to go up and may only have a limited window to get their runs in.

“You’ll go up for the 9:30 am open … and they still don’t have the lot plowed,” Kononuk said, questioning whether staffing or scheduling issues are contributing to the problem.

It’s especially frustrating this year as more people visit Vancouver’s North Shore mountains during the pandemic to go skiing and riding while Whistler is off-limits.

Kononuk initially chose Mt Seymour out of the three North Shore mountains because of its history supporting snowboarders and because it’s a family-owned business.  But he wants to see better service for those who bought expensive lift tickets or season passes.

“If it was my business and if I was relying on one chairlift, I would definitely put effort into delighting my customers instead of frustrating them,” he said.

Mt Seymour has not yet responded to Daily Hive’s questions about late lift openings and communication with guests.