Rose Nguyen sits down across from me at a corner table in her restaurant, Mr Red Cafe, and leans gently forward to share a special piece of news. Today the restaurateur, wife, mom, and Vietnam native is being sworn in as a Canadian citizen. We’re here to talk about the second location of Mr Red Café, which she owns and operates with her husband, Hong, but it’s instantly clear that right now, Nguyen is making a lot of her dreams come true.

Nguyen hails from Hanoi, the capital and second-largest city in Vietnam, located in the country’s north. She’s been in Vancouver three-and-a-half years, and has been working diligently to establish Mr Red Café as a customer-centric go-to for authentic northern Vietnamese food.

The impetus for adding a second location–this one in Kitsilano, via a deal handled byMario Negris and George Richmond of CBRE’s Urban Retail Team–is multifold. The Nguyens, who have five-year-old son, are firming up the young family’s roots in Vancouver, while giving Rose the chance to broaden the city’s hungry diners palate for the food and feel of her hometown, as well as providing the original Mr Red Cafe’s overflow more seats.

“It makes me feel bad, because I want to serve more,” laments Nguyen on the plight of having just a few tables available at their original Hastings Street location. This is why the Nguyens will have a bigger space on West Broadway, and offer a larger menu that further illustrates their rich heritage of Northern Vietnamese cooking. 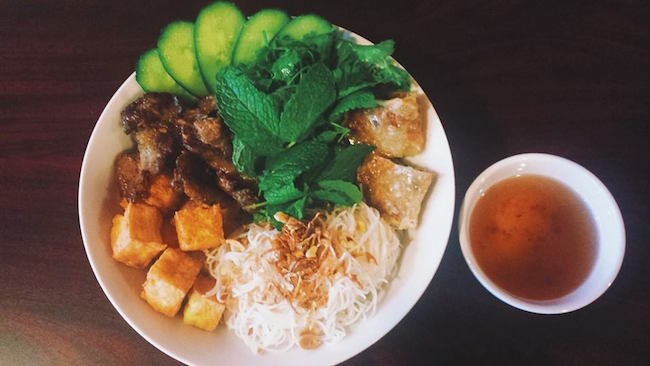 Nguyen says she’s inherited cooking techniques and style from several generations back, and she’s proud to be able to give Vancouver the chance to get a taste of what locals eat all day in her home country. It’s a more casual kind of food, she explains, readily accessible throughout the city.

“If you go to Vietnam, you don’t have to go to a luxury restaurant, you can find all the food on the street,” adds Nguyen. “I want to focus on what is typical of Hanoi.”

At Mr. Red Cafe on Hastings, the tight menu includes a number of staples, from pho to banh mi. For lovers of Vietnamese food accustomed to dining at restaurants serving food in the southern style, the tables’ lack of hoisin sauce may be the first sign that things are done a bit differently in the northern part of Vietnam.

Nguyen walks me through the three main regions of “food culture,” as she calls it, in Vietnam, starting with the north, where the food overall is lighter and the dishes often use fish sauce, and the tables are set with a bright, zingy jar of raw garlic and chilis floating in vinegar. In the central part of the country, the spice kicks in a little more, says Nguyen, and then in the south, the sweetness–hence the use of hoisin.

I’m treated to a beautiful serving of Mr Red Cafe’s Bún chả. Nguyen explains the components of the fragrant, warming dish. It’s pork meatballs and slices of pork belly floating in a pungent broth, awash with the intense sour-sweet punch of vinegar and fish sauce. On the tray are bean sprouts, cucumber slices, silky soft vermicelli, and a medley of fresh herbs: mint, basil, and lemon balm. Raw garlic is fished out of the table’s jar and added at will, and the instructions are to simply dip and mix as desired. It’s fun, it’s satisfying, and strikes me as a high-voltage mash-up of pho and my usual Vietnamese restaurant order of Bún Thịt Nướng (rice noodles with grilled pork).

Nguyen says her customers love their northern Vietnamese food, which is partly why she is eager to open the doors to the second Mr Red Café, where they can do more to share what they know and love. 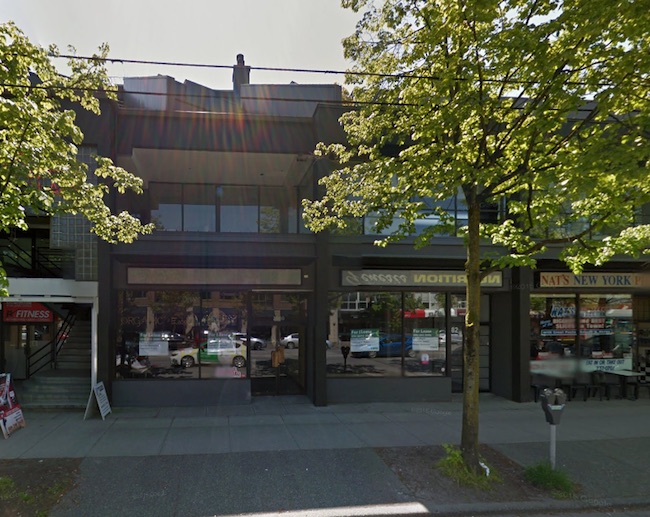 One striking difference is that the new location will feature a “Family Meal,” option on Sundays, where a group can dine on a set menu of light appetizers, hearty mains, and a bit of sweetness for dessert. Nguyen says that she was compelled to include that at the new restaurant because of how important gathering at the family table is in Vietnam, and also how her second family–the Mr. Red Cafe staff–have found great refuge amidst long work days and time away from their own families in the daily “staff meal.”

Part of the sacrifice of running their business, and making a new life for themselves in Canada has been not being able to be with family back in Vietnam, but Nguyen says a recent trip was significant in that she was able to bring back with her local goods from Hanoi that will be integral to the look and feel of the West Broadway Mr Red Cafe–all part of her vision to create “a small bit of Hanoi in Vancouver.”

The new restaurant is in the final steps of being ready to open–they’re hoping for mid-February–and it’s all part of what is the start of a new chapter in Nguyen’s life.

“We put a lot of love and effort, me and my husband,” says Nguyen, who is ready to show new customers in Kitsilano Mr Red Café can deliver high-quality food and service. “I really wish the customer can understand how much love and how much effort we’ve put [into this] and that they come and try us out.”