Disney takes Madeleine L’Engle’s award-winning literature, A Wrinkle in Time, and completely “Disneyfies it” to dumb it down for the attended audience. The only question is why did this screen adaptation not include some of the book’s best and weirdest parts?

The book’s central message is about embracing individuality and the resistance to conform but what’s ironic is the film doesn’t take any risks to stand out and turns it into homogenized cinema. What we get are scenes saturated with the “believe in yourself” mantra that starts to borderline on the creepy side, especially when a giant-sized Oprah Winfrey continually reinforces it ad nauseam. 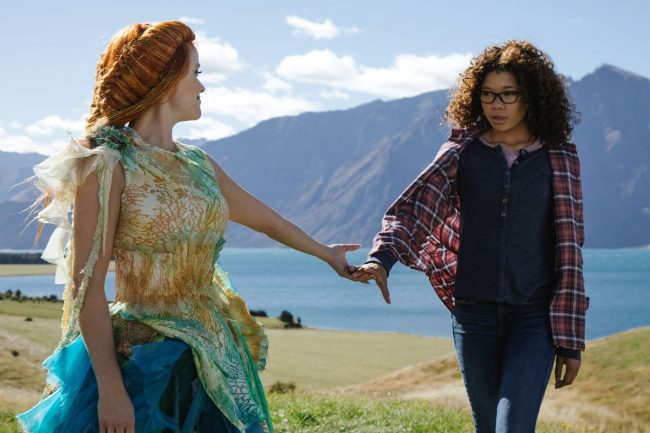 Reese Witherspoon and Storm Reid in A Wrinkle in Time. Image: Disney

One stormy night a strange woman named Mrs. Whatsit (Reese Witherspoon) shows up at the Murry’s family door. Although any rational person would kick the crazy lady out of their house, Mrs. Whatsit explains that their father’s life work on “the tesseract” is real and that people can travel through space with their minds.

I’ll spare you the long-winded rehash, but this news of “tessering” through the universe leads Meg, Charles Wallace, and, Meg’s schoolmate, Calvin (Levi Miller) on a grand adventure bouncing around from planet to planet. Joining the kids on their journey into the unknown are three Astral beings, Mrs. Whatsit, Mrs. Who (Mindy Kaling), and a giant-sized Mrs. Which (Oprah Winfrey). 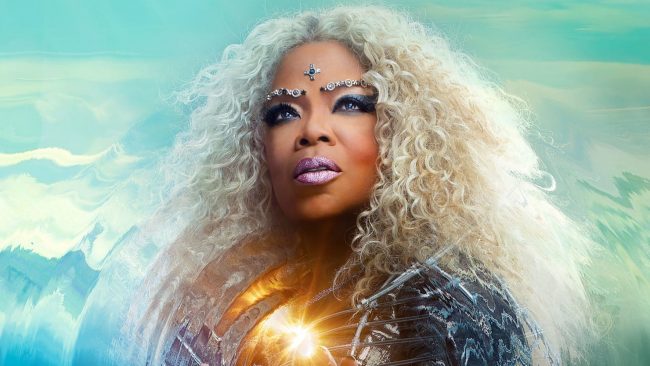 Oprah Winfrey in A Wrinkle in Time. Image: Disney

The film’s broad outline is somewhat consistent with the book, but some things are missing that will disappoint the hardcore fans. The movie manages to stay true to some of the weirder elements of the novel. However, the biggest disappointment is the characterization of the most frightening part of the literature, and that’s the IT. No, I’m not talking about Pennywise the Clown, that’s a different IT.

The movie describes IT as an evil force that makes people experience jealousy, judgment, pain, and despair. Unfortunately, this evil manifests in only one scene, and it’s entirely underwhelming. In the book, it’s a massive brain that is revolting to look at and downright terrifying. The author also goes on to describe IT as a dark entity that puts people to sleep to what is going on in the world by controlling the way we live, think, and desire, until we are all the same.

Maybe the IT got a hold of director Ava DuVernay (Selma) because it appears she had to conform to studio wishes.

Although its heart is in the right place, the film fails to capture any of the magic found in the books. The filmmakers should be applauded for the diversity of the characters, and that’s a fantastic way to stand out, but the overall message of non-conformity is replaced with shallow new-age platitudes of “love yourself,” and “be one with the Universe.” 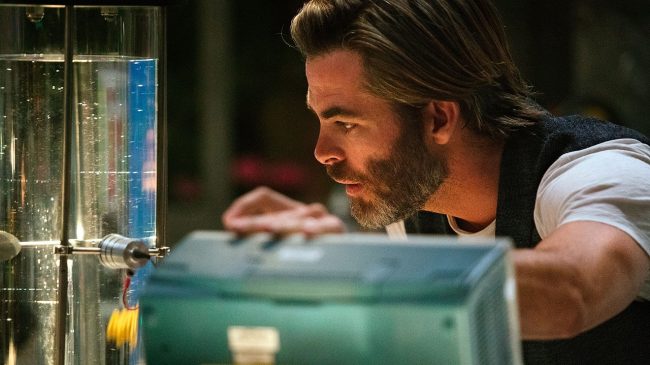 Chris Pine in A Wrinkle in Time. Image: Disney

Nobody expects a film to be precisely similar to the source material. Cramming all that goodness into two hours is hard. But broadening out a movie to make it palatable for the movie studio, limits what the film could have been. Yes, that also includes taking out a lot of the Christian context and messaging which was a big part of the original story and replacing it with Buddhist quotes and yoga poses.

The fact of the matter is, I’m not the target market, but it’s hard to know for sure if the target demo of tweens will take to this film when the writing is this bad. Reese Witherspoon is forced to be quite campy, Mindy Kaling’s character spends the entire movie spouting off platitudes – it gets old fast – and Oprah Winfrey is Oprah but with some crazy makeup on. Unfortunately, nobody wins a car and audiences who expected more from this film, actually lose.

Overall, A Wrinkle in Time is serviceable and perfectly watchable, but it’s not worth tessering yourself to a movie theatre to see. Save your money, and become one with the universe at home. It gets an average 3 out of 5 from me.

The kid in me left the theater sadly disappointed.

Playing at a theatre near you. Rated PG (for thematic elements and some peril). 109 minutes long.