It Comes At Night marks another feather in the brooding horror-hat of A24, a production company with a growing reputation for hiring young filmmakers with a vision. They support them with name-actors that elevate their films into that rare space between the arthouse and the multiplex (see Green Room, Ex Machina, The Lobster, The Witch, Room, and The Blackcoat’s Daughter as excellent examples).

And so it is with writer-director Trey Edward Shults’ It Comes At Night – a post apocalyptic movie low on cliché and high on relentless dread. 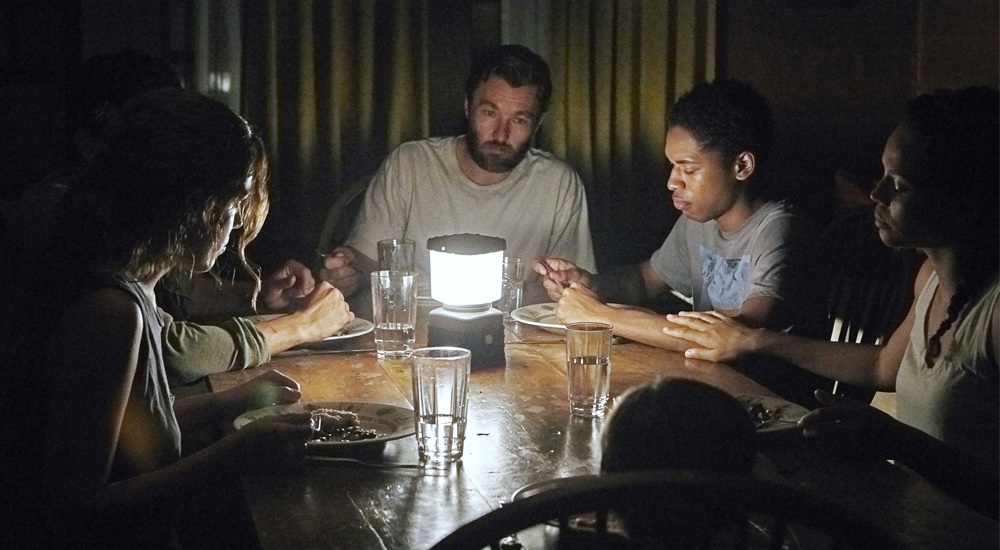 An unnamed disease or plague has decimated civilization (referred to but never explained). Paul (Joel Edgerton), his wife Sarah (Carmen Ejogo) and their son Travis (Kelvin Harrison Jr.) have locked themselves away in a remote country house.

Paul keeps his family alive via a strict set of day-to-day survival rules, the most important rule of all surrounds the ominous red door, the only splash of colour in an otherwise bleak pallet of dark corners and candle-cast shadows.

Behind the heavily bolted red door is the only room accessible from the outside. It’s the room the family uses for quarantine should an infection break out – as it does in the film’s powerful opening where we witness the disease overtaking Grandpa Bud.

Like Kubrick’s use of Room 237 in The Shining, the red door is an important narrative tool. Whatever comes through it from the outside will endanger those on the inside. It’s through this door that Will (Christopher Abbott) enters the movie. 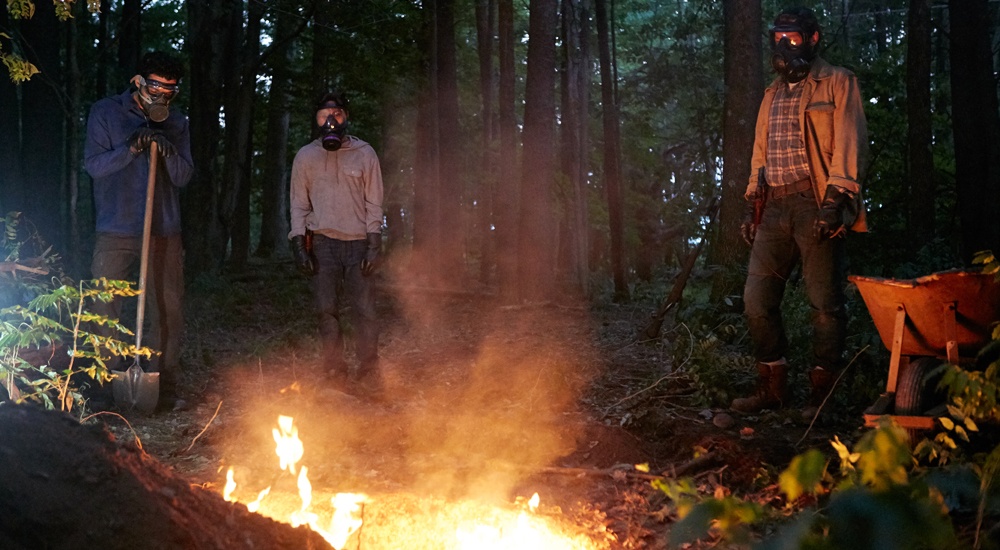 It Comes At Night (Mongrel Media)

The movie’s central conceit is how these two families survive under the same roof as suspicion, mistrust, and paranoia build to breaking point. This is a movie less about the killer plague and more about mankind’s ability to destroy one another once tribes are formed.

The interplay between the family members is expertly handled, from peaceful cooperation to clashing patriarchs, through sexual tension, maternal instincts, and jealously.

Everyone in the cast gets time and space to perform and they do so excellently. Special mention goes to Kelvin Harrison, whose Travis is really the key character. Harrison is pitch perfect as the young man caught awkwardly between childhood and adulthood in this oppressive environment. 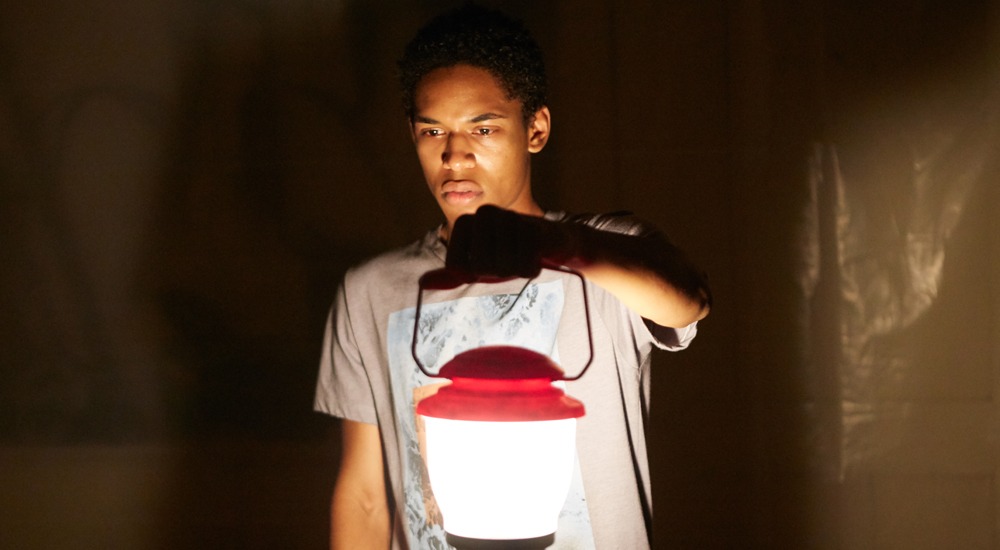 It’s important to briefly touch on the film’s excellent handling of race. The family are mixed race; Paul is Caucasian, and Sarah and Travis are African American. Whether intentional in the script or simply a case of the best actors got the job regardless of race (I suspect the former), Schult handles his characters with a delicate touch that avoids any trappings of racial politics.

It is then, in the director’s own words, a ‘post-racial horror film’. There’s a refreshing innocence to that.

It’s the sheer emotional tension that makes It Comes At Night a winner. It’ll tie your stomach up in knots. It’ll stay with you.

It’s familiar post-apocalyptic turf where the constant unrelenting sense of dread and danger are dumped within a pressure cooker and the dial slowly and steadily turned-up past the point of return.

As good a horror film as you’ll likely see this year.

It Comes At Night opens across Canada on June 9, is rated R, and is 97 minutes long.