The Shallows is movie chum in the cinematic water. It might attract some eyes but it will ultimately disappoint leaving you tagged and still hungry.

After watching the slick trailer, I went into this film with some initial interest, thinking that maybe we would get another smart and scary shark film. 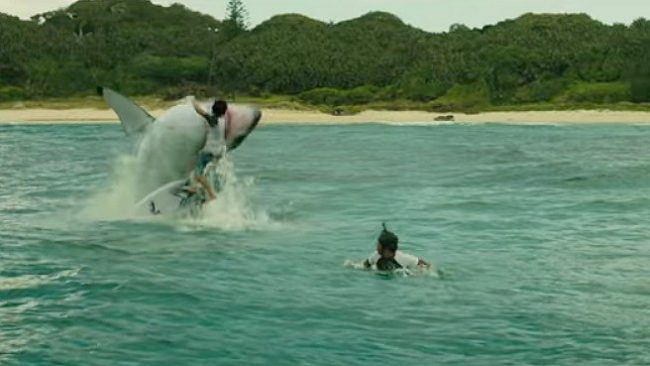 In the history of cinema there have been some incredibly scary shark movies. What is it about these under water predators that scare the bejesus out of us? Why must I put my feet up on the couch when I watch one? Are there carpet sharks? The answer is yes.

The Shallows is directed by Jaume Collet-Serra, who’s helmed a couple of action films with Liam Neeson, so we know he has a particular set of skills within the action genre.

The film is about a medical student/surfer from Texas named Nancy, played by Blake Lively. Nancy makes her way to a hidden and small Mexican beach that has no name, but holds sentimental value. 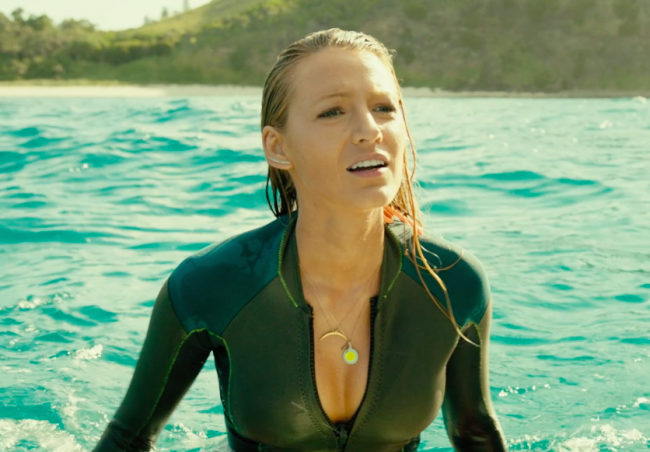 Nancy jumps into the surf and starts to hit waves, meets a couple of surfer dudes, and begins to settle into her getaway. That is until she finds herself in the water at the wrong place at the wrong time. Shark!

A Great White Shark, which appears to get bigger as the film goes on, attacks Nancy, and although she nearly gets her leg chomped off, she’s able to swim to a  nearby reef. There, she is temporarily safe until the tide starts to roll back in.

Because she’s almost a doctor (convenient), she is able to stop the bleeding of her massive wound and magically heals herself with super movie powers. Seriously, one minute she can barely walk, gets thrown around onto nasty coral and the next minute she’s an Olympic style swimmer, but I digress.

The shark is in the water, Nancy is stuck on a reef, and the tension builds. Here is where the film is supposed to get interesting and intense. It’s a game of survival where our hero is trying to outsmart a shark that seems to be far too clever. 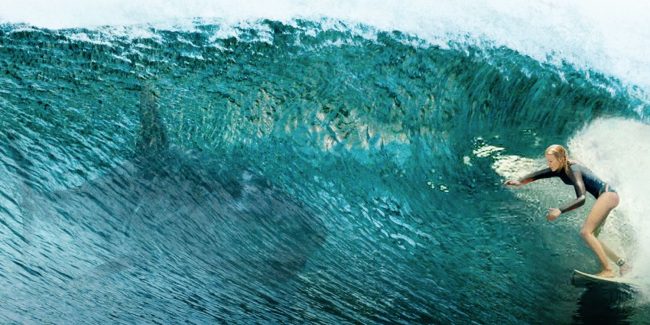 Too much of this film is formulaic with a few jump scares that you would expect in any film of this nature. To me, the entire story is absurd and lacks any whiff of reality. When not focused on Lively herself, there is some nice cinematography in and out of the water, and I did appreciate how they did all the texting and Facetime messaging shots at the beginning.

However, the CGI is terrible. There is a scene where Nancy is surfing and as the camera gets closer to her face, you can clearly see that Lively’s face was CGI’ed onto a stunt woman surfing. The shark was also CGI, and that’s okay, but it just wasn’t that good. Not to mention she befriends a seagull who apparently has feelings and is super smart. I wanted the shark to eat that seagull.

This film had so much promise but it was hard to get too attached to the main character or the story. The last half of the film gets absolutely ridiculous, especially the final battle scene with the shark at the end.

Some critics are giving this a positive review saying that it’s the perfect “shut your brain off” type summer film. And that may be the case. Some of the young people out there might enjoy it because essentially it was made with them in mind, but what this shark film was missing was the added tornado.

I’m a sucker for these types of films, man vs. monster, but in my mind the first Jaws film, and 2004’s Open Water are examples of how to do smart and scary shark films. The Shallows is just that – shallow.

Giving this a two out of five. No reason to see this in the theatre, wait to make your own mind up at home on VOD.