If you can’t out-emotion the kinds of computer animated filmmaking that top dog Pixar brings to 95% of its films, you may as well just throw one hell of a party on the shady side of the mountain.

Such seems the modus operandi of Illumination Entertainment, which again serves up another original and thoroughly entertaining animated powerhouse into the summer season. The Secret Life of Pets is a high-concept story brought forth with dazzling imagery and bountiful enthusiasm. And even if it doesn’t break through any off-leash barriers in regards to its plot the film itself remains entertaining enough to make for an inclusive presentation for all audiences. 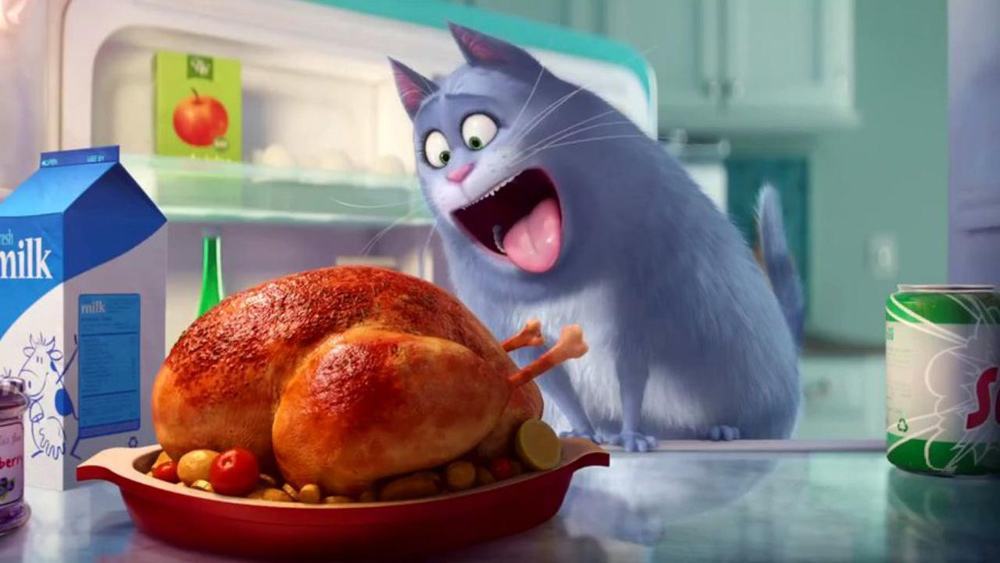 The Secret Life of Pets is a pseudo-Toy Story for a demographic raised on Instagram. The most accurate word to describe it may in fact be “cute,” but that doesn’t atone for its deficiencies in the storytelling department. In fact, you could set your watch to the film’s plot mechanisms. And while the pop music atrocities of the Shrek series aren’t approached here, there are enough ties to a very present audience that might not hold forth on future viewings, much to the same degree as this year’s The Angry Birds Movie.

That all isn’t to suggest that The Secret Life of Pets isn’t without its positively enjoyable sequences – quite the opposite, in fact. It’s a fun ride made all the more enjoyable by some inspired voice talent and boundless visual imagination. The city of New York at times feels almost as alive here as it would in a live action film. 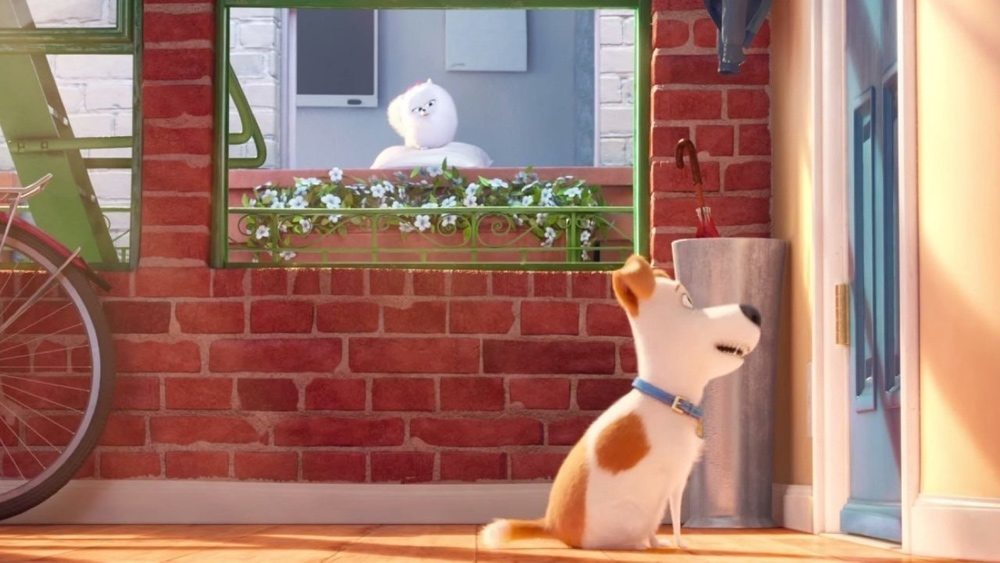 Content and domesticated to a fault, terrier Max (the voice of Louis C.K.) is living the life of the pet bourgeoisie in his comfortable Manhattan apartment. When his owner Katie (Ellie Kemper) brings home a supersized new addition to their family unit, Duke (Eric Stonestreet) flips Max’s life upside down.

By the end of it all, of course, the two learn to appreciate each other as equals, if not necessarily familial brothers. But along the way the adventures they navigate make for an entertaining enough ride for families of all shapes and sizes. They’re also joined for a large chunk of the story by a deranged rabbit named Snowball (Kevin Hart), who is bent on destroying the human race. 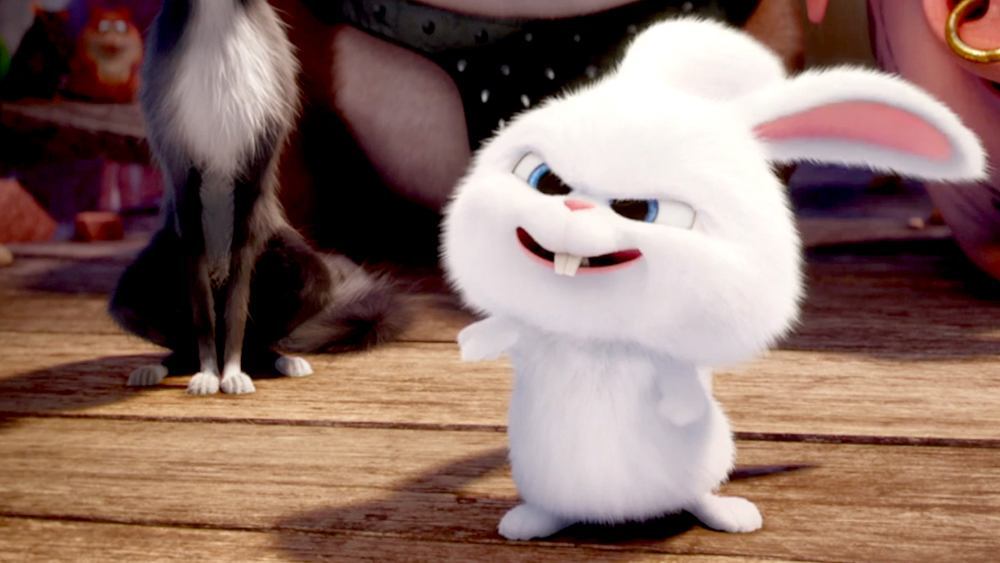 Perhaps the best thing about the vocal cast is that nobody really attempts to hog the spotlight. There is no Genie-in-Aladdin style showboating here. Quality performances abound in the work of Louis C.K., Eric Stonestreet, Jenny Slate, Steve Coogan, and Albert Brooks (aiming for the domination of the summer 2016 animated marketplace following Finding Dory).

They’re effective and serviceable to suit most audiences’ needs. That the film is light enough on its feet to charm you makes it a victory that’s all the sweeter. Who knew the mind behind Louie would become the next big summer franchise star?! Or that he’d be inheriting the crown from Albert Brooks of all people?

From the folks who brought you Despicable Me and the inescapable Minions comes The Secret Life of Pets, which on its own may not immediately scream “franchise potential,” but the filmmakers have made a sturdy enough foundation to warrant further exploration in this dog-eat-all universe. It isn’t exactly going to rival Pixar’s best, but neither is it as dumbed down as the excessively successful Minions was last year. For a large percentage of mainstream families, though, a certain new animated obsession may have been found here.

The Secret Life of Pets is rated G and playing at a cinema near you.