Christmas movies are kind of hard to enjoy between January and the start of November. They’re not like horror movies, which add something extra to every Halloween but can be viewed at any time of year with the same effect. No, Christmas movies are all about instilling a very particular feeling within you. After watching one, you’re supposed to go out into the world spreading cheer and celebrating life and all that goodness we only seem to consider in the weeks leading up to December 25. But these same movies can sometimes be cheesy, cloying, or downright hard to stomach.

It’s a pleasant surprise then that The Night Before succeeds as a holiday film and as a general mainstream comedy about man-children growing into men. Consistently funny with three top-notch actors at the forefront, The Night Before could become a new holiday favorite for the raunchy comedy crow. It’s Knocked Up meets It’s a Wonderful Life. 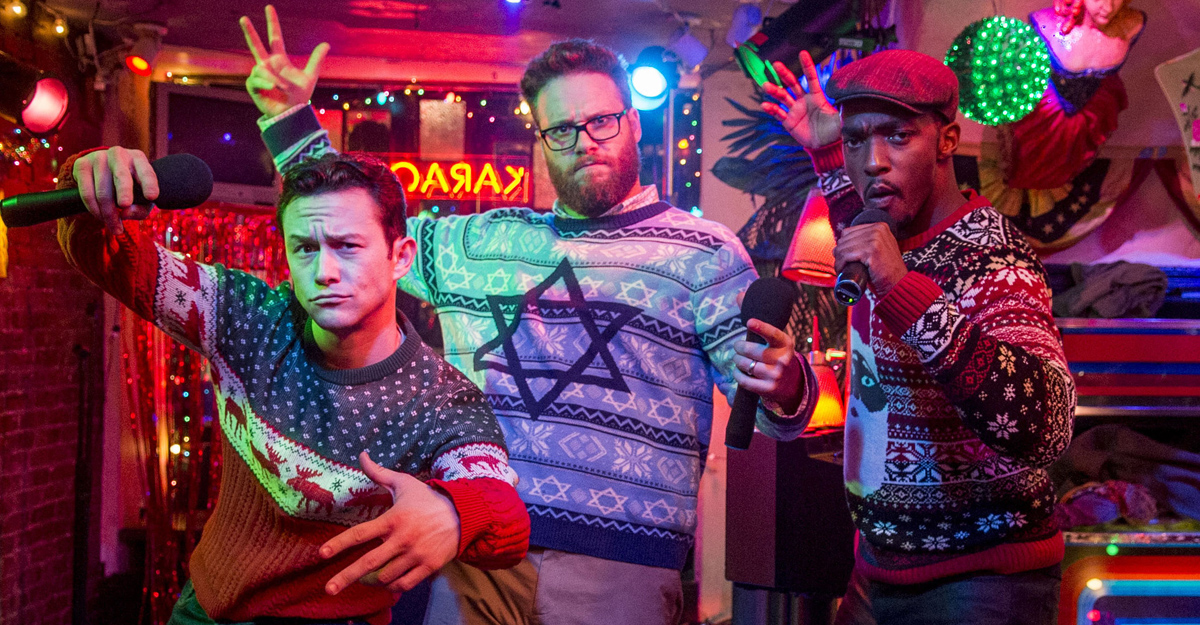 A clever storybook narration opens the film and introduces us to our three lead characters – Isaac (Seth Rogen), Ethan (Joseph Gordon-Levitt), and Chris (Anthony Mackie). Ethan’s parents passed away “right before Christmas” in 2001, and Isaac and Chris held their buddy up by giving him a new holiday tradition to carry forward. For 14 years, the three have spent every Christmas Eve together. But now Isaac is a married man with a child arriving imminently, Chris is a famous football player with sponsorship deals and appearances to make, and Ethan is stuck clinging to the good old days gone by. On their final December 24 together, the trio embarks on an epic quest to find the mother of all Christmas parties: The Nutcracker Ball.

As with a lot of the comedies from Rogen’s regular crew, the characters generally succeed because of the personalities playing them and not because of any actual characterization. As Ethan, however, Joseph Gordon-Levitt does some fine and subtle acting that makes us connect with the character in ways the screenplay doesn’t directly allow. It’s fun to see Seth Rogen getting to ratchet up his onscreen persona to new heights as Isaac dives deeper and deeper into a gift box of drugs; the actor fully commits to the rollercoaster of uppers and downers with aplomb. And Anthony Mackie turns in another likeable performance as a man whose public bravado masks his shameful secrets. 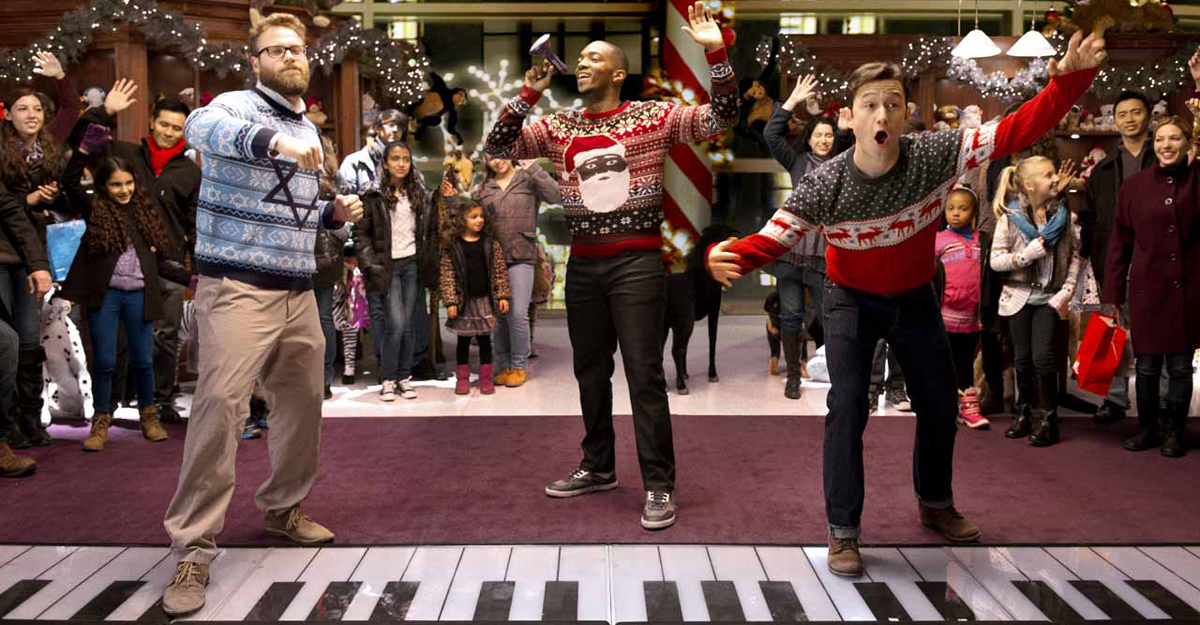 Our three wise men each have their own lessons to learn this fateful night, which leads them on a wild adventure around New York City. Their Christmas lessons are nothing extraordinary that we haven’t seen other man-children come to realization about in other bro comedies. When Isaac, Chris, and Ethan are split up so that they can follow their own paths for a bit, the movie definitely loses a bit of steam despite remaining respectably entertaining in its own right. It’s just that the fun of having these “ride or die homies” together at once elevates the movie to such heights that keeping them apart from one another seems like a shame. When they’re clad in ugly sweaters and smiling next to each other, though, the effect is sort of magical. 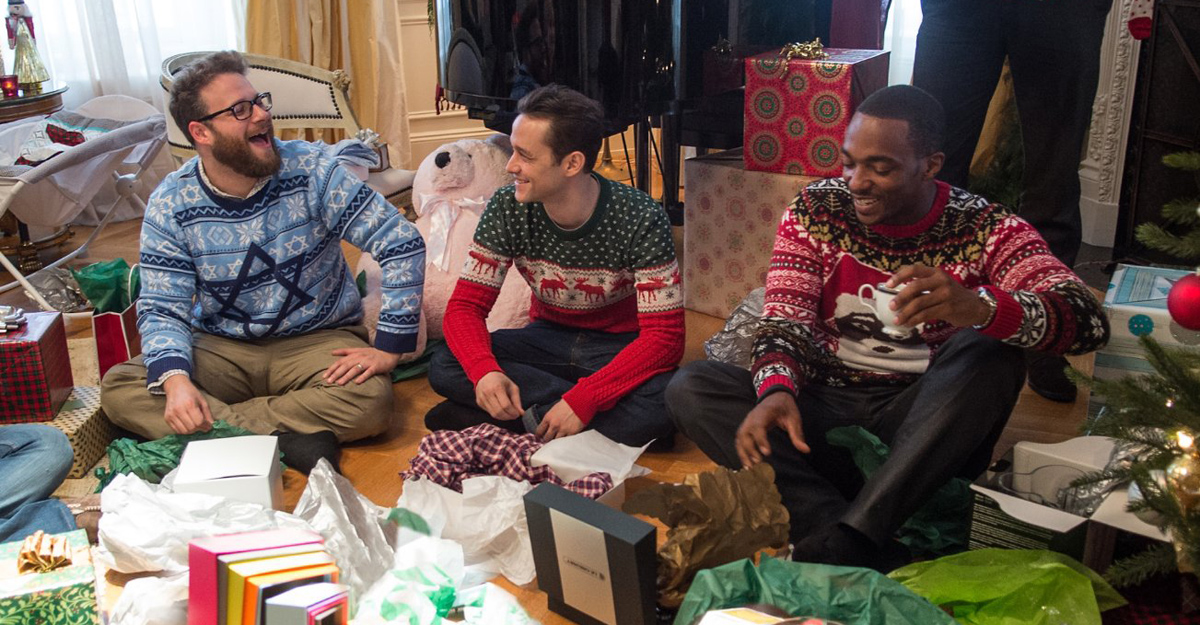 While The Night Before is definitely an outright laughfest, it also has its share of more somber moments. When the film switches tones and hits some saccharine notes intended to make you well up with tears, it feels completely natural. Director Jonathan Levine (50/50) competently handles the fluctuations in tone with ease. And because we’ve grown to actually enjoy spending time with these guys, the sweetness feels sort of deserved emotionally, if not narratively. When our three heroes finally come to discover the true meaning of Christmas – and friendship – it doesn’t make you want to puke. Instead, we end up sharing in their joy. This is an example where the collective group is stronger than its individual parts.

Sometimes, The Night Before’s comedy misses its mark, and the film as a whole tends to rely too heavily on penis jokes and drug humour. On that level, it’s got exactly the type of content we’ve come to expect from Rogen and company. Even if some aspects of the characters feel completely undercooked, you completely buy into the crew as a unified whole. 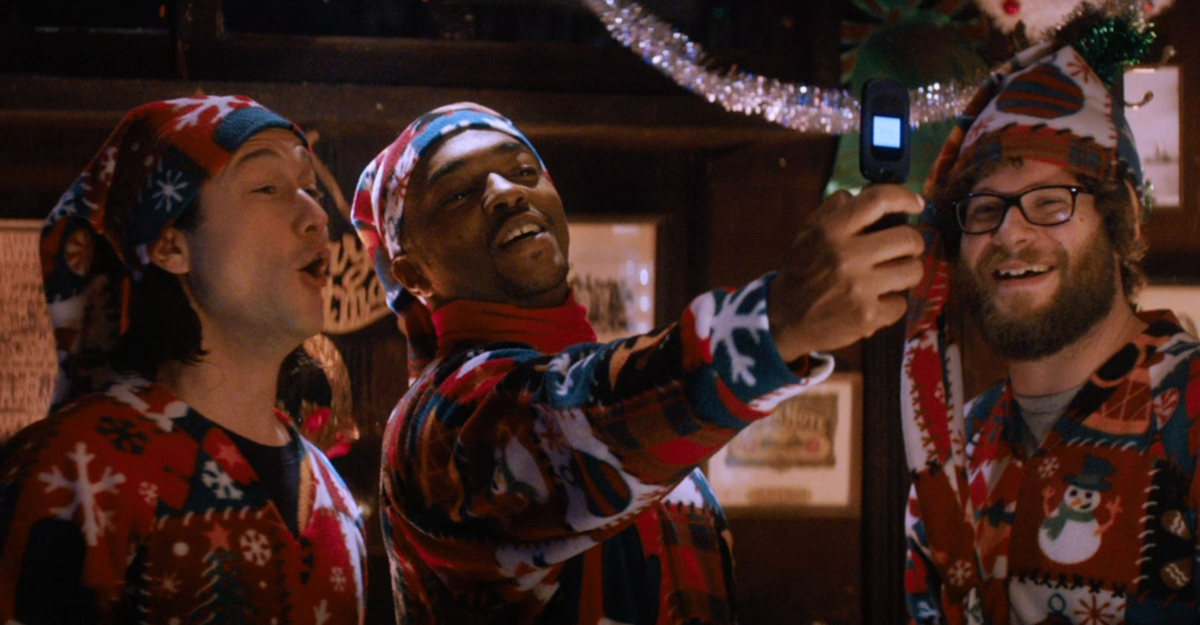 It’s also worth noting the solid supporting comedic players supporting the three leads. Jillian Bell (as Isaac’s wife), Ilana Glazer (as a self-proclaimed Grinch), Mindy Kaling, and Lizzy Caplan all get their own moments to shine alongside their top-billed costars. But The Night Before has a super ultra deadly secret weapon: Oscar-nominated actor Michael Shannon appears in a pivotal role as Mr. Green, the guys’ high school weed dealer, and absolutely steals the show. It can’t be understated just how good Shannon is in this movie, and I would give anything to see him turn in another performance like this in the future. He’s hysterically funny and doesn’t crack a smile once, which makes him all that more endearing. It’s a very, very funny standout performance in a movie stacked with pure comedic talent. 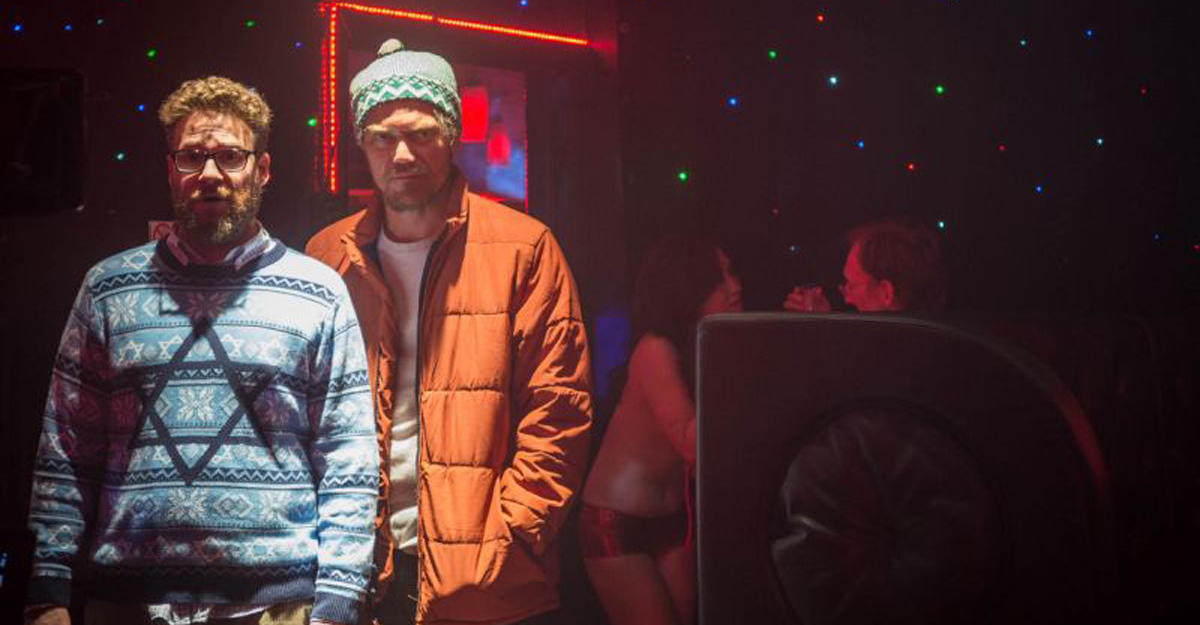 I’m not entirely sure who the audience for this hybrid of Christmas and raunchiness is. You couldn’t by any means call me a “Grinch,” but I could honestly take or leave the majority of holiday-themed entertainment. And yet The Night Before struck a chord with me and delivered a solid blend of “good will towards men” meets “dick jokes.” The jokes take a decidedly darker turn when Isaac feels the effects of the harder drugs he imbibes in, but the mood is consistently positive outside of those few moments. 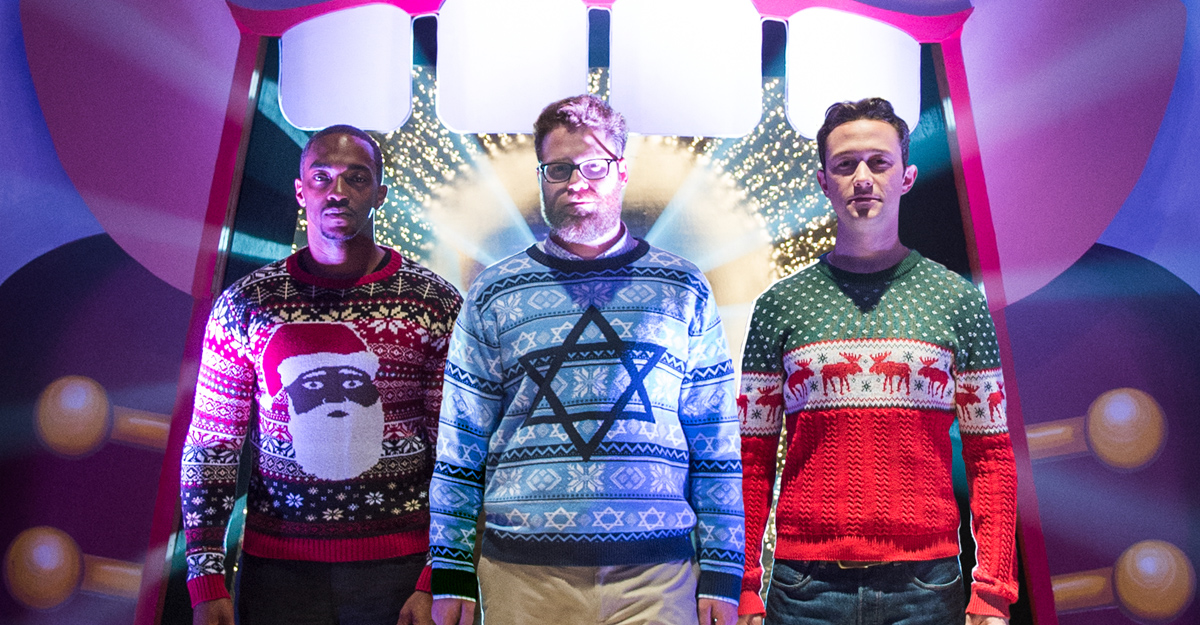 I don’t think it would be wrong to say that The Night Before isn’t going to become an across-the-board Christmas classic for most people. But for those who are more excited to watch Bad Santa once a year over Miracle on 34th Street, this movie will almost assuredly become a holiday staple. Walking out of the theatre, I was already looking forward to seeing The Night Before again before December 25 passes by. Regardless of what season it is, that’s a strong sign of a favourable experience at the movies.

Four boughs of holly out of five!