The Martian is breathtaking and reminds us that director Ridley Scott still has the Midas touch when it comes to sci-fi.

This science fiction film is a wonderful addition to the genre. When you watch the trailer or read the premise, you may wonder how a movie about a man trapped all alone on Mars could be entertaining. It sounds like Castaway, but on a deserted red planet with no volleyball named Wilson. 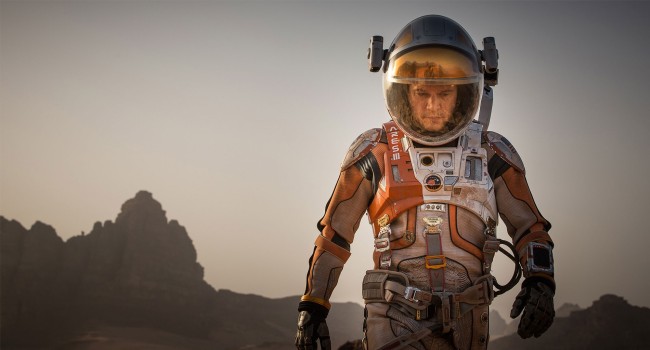 What brings this film together is the casting choice of Matt Damon as the lonely astronaut and botanist Mark Watney. To pull something like this off, you need a character that is one part charming and two parts magnetic. Damon shines, and you are glued to him as he tries to “science the s—” out of his predicament.

The NASA botanist is left for dead on the Red Planet when all his crew mates have to quickly fly away due to a large-scale storm that threatens to put an end to their mission. 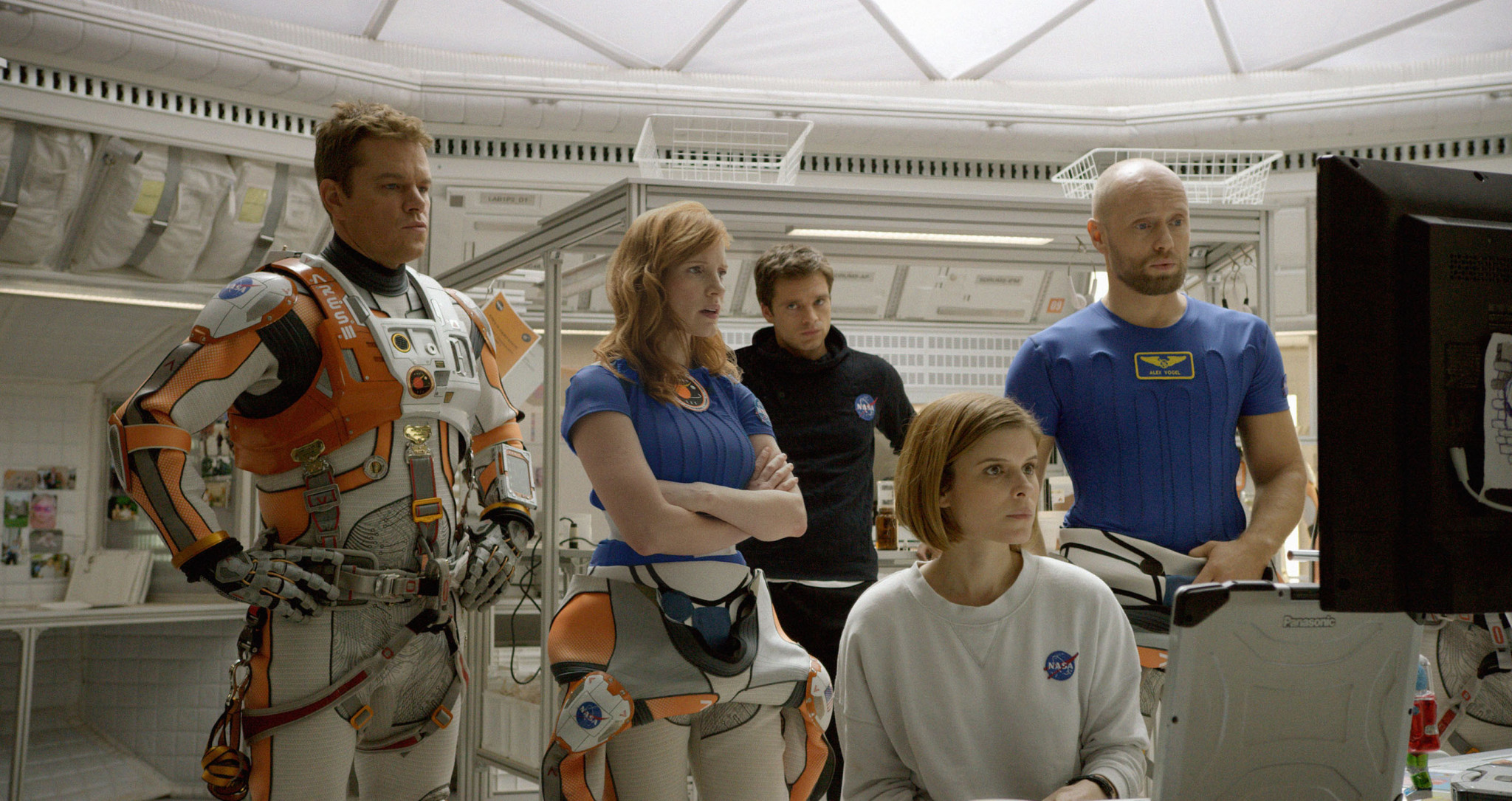 During the dust up, Watney gets hit by a flying antenna that punctures his space suit and torso. The crew, played by Michael Peña, Kate Mara, Aksel Hennie, Sebastian Stan, and Jessica Chastain, are unable to find their fallen crew member and are forced to leave him behind to save themselves.

The head of NASA (Jeff Daniels) tells the world that they lost one of their own, and Watney is presented and mourned as a hero and martyr. 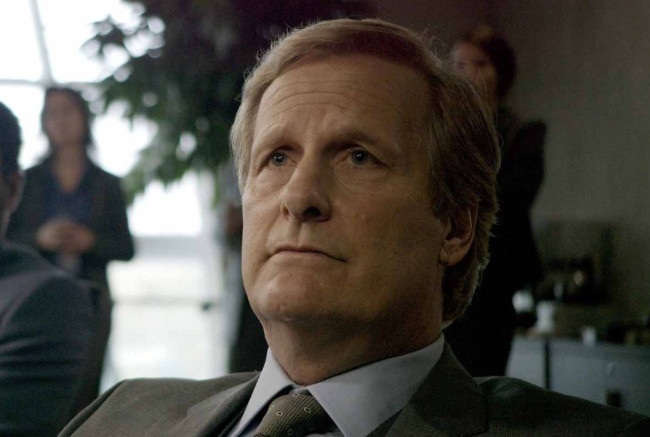 As they say in Monty Python and the Holy Grail, “I’m not dead yet!” Watney wakes up, pulls himself out of the sand, and the first thing that comes out of his mouth is, “I’m pretty much f—–.”

I’m not sure what was worse for Watney: trying to survive the freezing cold temperatures, poisonous atmosphere and lack of air pressure, or the collection of disco hits left behind by his commander (Jessica Chastain).

From this point on, we watch our lonely protagonist use his nerdy survival skills to buy himself some days, or sols as they like to call it in space talk. 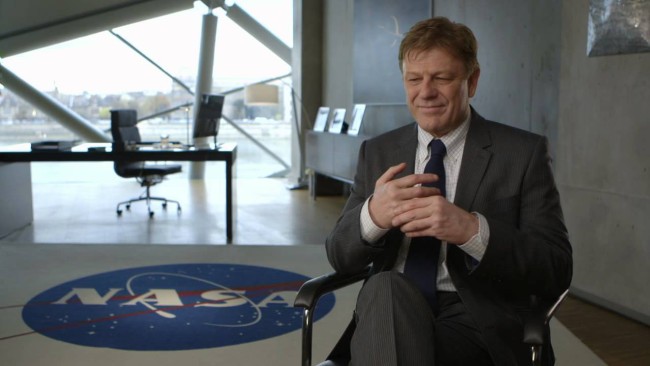 Eventually the fine people at NASA realize that Watney is still alive. NASA director (Jeff Daniels), his Mars expert (Chiwetel Ejiofor) and their PR lady (Kristen Wiig) are back on Earth trying to figure out a solution. Even Sean Bean plays a pivotal character as Mitch Henderson. I kept waiting for Bean’s big death scene. Never happened. Not even an office mishap or an accidental trip down the stairs.

Ridley Scott has finally created another masterpiece. The man who gave us the Alien Saga, Blade Runner, and Gladiator to name just a few, can now be forgiven for Prometheus, The Counselor and Exodus: Gods and Kings.

The Martian is an epic of the highest sci-fi order. The screenplay was written by Drew Goddard who also created Netflix’s Daredevil series. He did a fantastic job of adapting the screenplay from the critically acclaimed novel The Martian by Andy Weir. 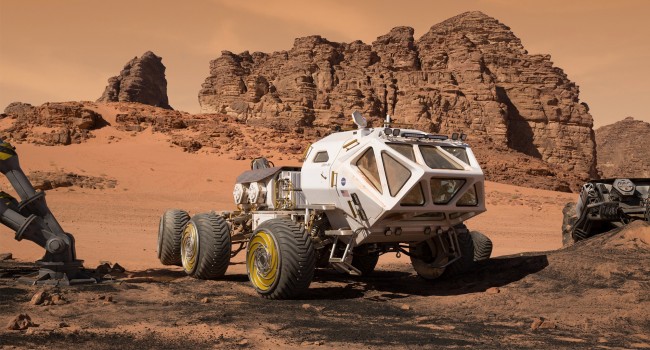 The cinematography will blow you away, and it’s done by a real master, Dariusz Wolski. The film was shot in Wadi Rum, Jordan, which has a red coloured desert.

I know many jokingly think that Matt Damon being left for dead on a planet is a prequel for last year’s big space hit Interstellar. But it’s not. In fact this instant classic sci-fi flick doesn’t require as much thinking on quantum physics. Instead what we are given is a glimpse into the not too distant future where exploring Mars is not a matter of if, but when. 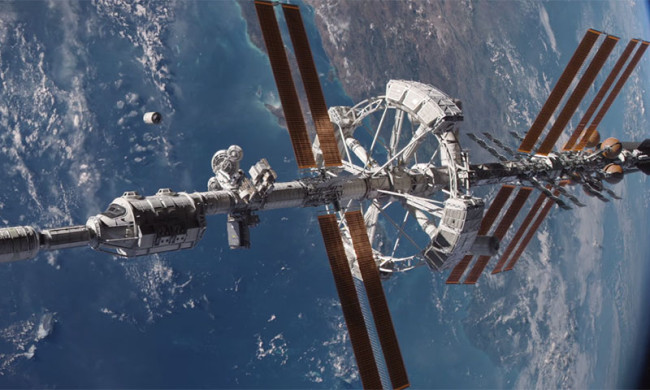 This is another fabulous film, and we’ve seen a couple over the last few weeks that are going to be very hard to ignore when they start giving out awards.

Put The Martian on your must see list and check it out in a theatre. It’s a wondrous and beautiful film to watch. Besides the set and cinematography, the acting is top notch. Damon should easily get a nomination, but the entire supporting cast is strong. This easily goes on my year’s best list if not right at the top.

I’m giving The Martian 5 raindrops out of 5. The US Space Program hasn’t had this big of an advertisement since Apollo 13.