Fawcett, a rebel and progressive, had become convinced that sophisticated civilizations, older than Europe, had once existed in the vast rainforests of South America. He named his lost city ‘Z’ (read as Zed), the search for which consumed him.

Grann’s book covers a century of expeditions, from Fawcett’s own, to those who attempted to retrace his steps and solve the mysteries he left behind. 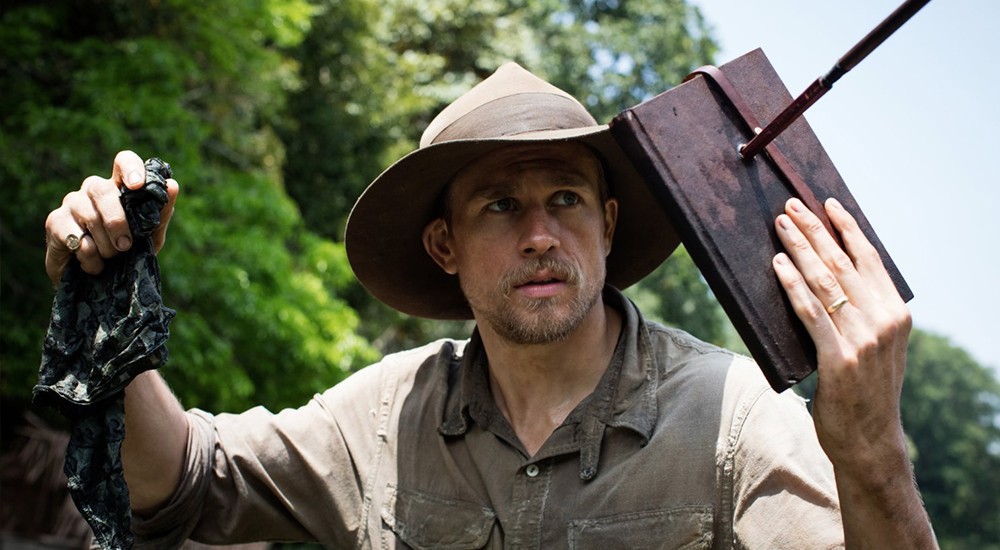 Charlie Hunnam in The Lost City of Z (Amazon Studios)

Wisely, director James Grey (Two Lovers, We Own The night, The Immigrant) focuses solely on the incredible life-story of Major Fawcett, a seemingly bullet-proof man who made seven expeditions to the (then largely uncharted) Amazon, served in the British Secret Service and fought and survived trench warfare during World War I. No biggie (what am I doing with my life?).

Charlie Hunnam is charged with the difficult task of realising Fawcett, a man who built a brand and reputation on his stature and grizzled self-determination. Beside him, in the jungle and at home respectively are Robert Pattinson’s ever-willing beardy-booze-hound Costin, and Sienna Miller’s doting, yet modernist wife, Nina. 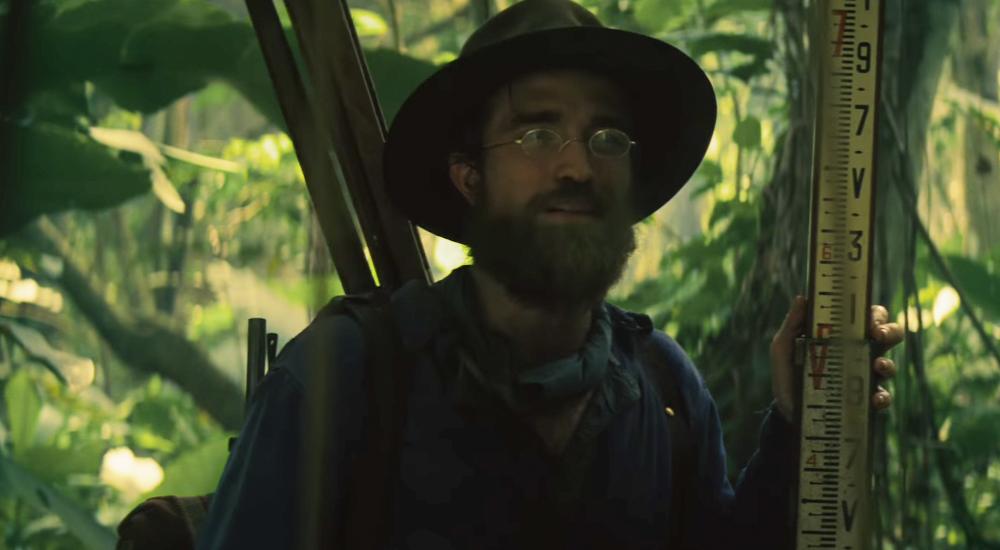 Robert Pattinson in The Lost City of Z (Amazon Studios)

Grey presents the movie in a three-act structure, one expedition per act, spanning Fawcett’s maiden journey in 1906 to his final quest for Z in 1925. These sequences of swashbuckling adventure are the film’s high-points. Grey handles the jungle action expertly, conveying beauty and dread in equal measure. The ‘Green Desert’ motif is always present – how can something so fertile be so barren and hostile?

In-between expeditions the movie often sags and lulls. It’s an understandable flaw when you have so much literal and figurative ground to cover. It lacks the verve that keeps the great biopics bouncing along.

This is where the Fawcett family sequences fall flat. When he’s not in the jungle, he longs for the jungle, and so does the audience. The quiet family life of an English cottage is a poor movie-substitute for cannibal tribes, flesh-eating disease, flash floods, and lost treasures. Even the World War I sequence can’t compete with the Green Hell. The Lost City of Z is, after all, what you and Fawcett are in this for. 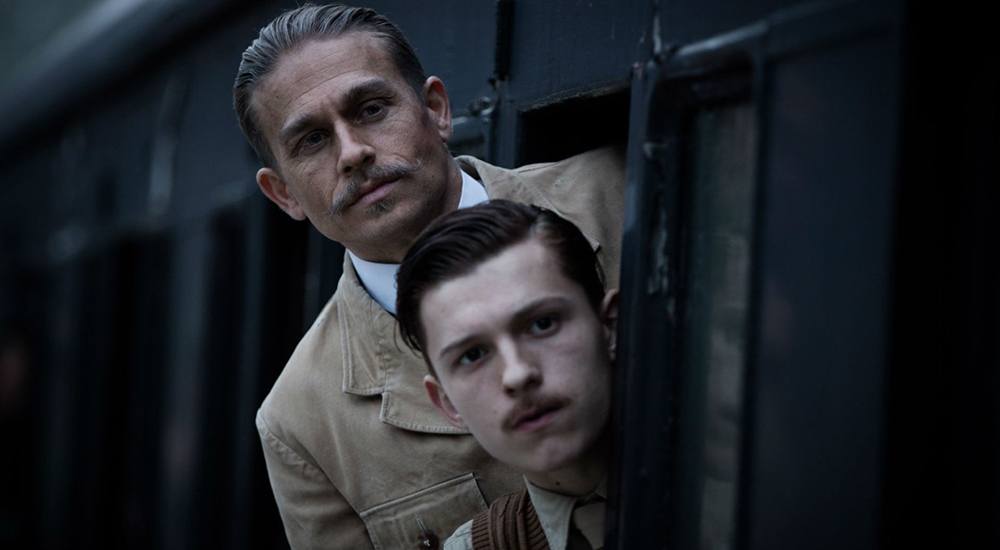 The casting of Hunnam is a strange one. He doesn’t quite fit. Hunnam just doesn’t have the physical gravitas to pull this off. The movie is crying out for a Cumberbatch or a Hardy. There are also times when his delivery feels forced, it’s almost a little grating in fact. Pattinson on the other hand is superb as the will-do Costin.

A real-life story with an open and unresolved ending is rife for movie disappointment. Telling a story where ever-intriguing threads cannot tie up at the end is tough. There was no way Grey was going to ‘invent’ closure. It’s to everyone’s credit that the ending of the movie is handled superbly, with Grey, Hunnam, Miller and Holland all saving their emotive best for the finale.

In the end though, the perfect movie of Major Fawcett’s life may be as elusive as Z itself, so I’m giving this three pieces of popcorn.