Here’s something you might not remember overly well: 2012 brought to us not one but two big screen live action “reinterpretations” of the classic Snow White story. Neither was particularly memorable, but the arguably more successful of the two was Snow White and The Huntsman. It was serviceable enough as a fairy tale meets Hunger Games distraction, even if it didn’t exactly light the world on fire.

It’s now four years later and the weak prequel/sequel The Huntsman: Winter’s War is arriving too late with too little to offer. Gone is Kristen Stewart’s once eponymous leading lady, her character appearing only briefly with her face very obviously hidden. Joining the returning Chris Hemsworth (as the titular hero) and Charlize Theron (as the evil queen Ravenna) are Jessica Chastain and Emily Blunt. This stacked leading cast would guarantee, on the surface at least, a surefire hit. After all, Jessica Chastain isn’t really known for choosing terrible films to appear in. Unfortunately there’s little return from these four stars working with nothing. 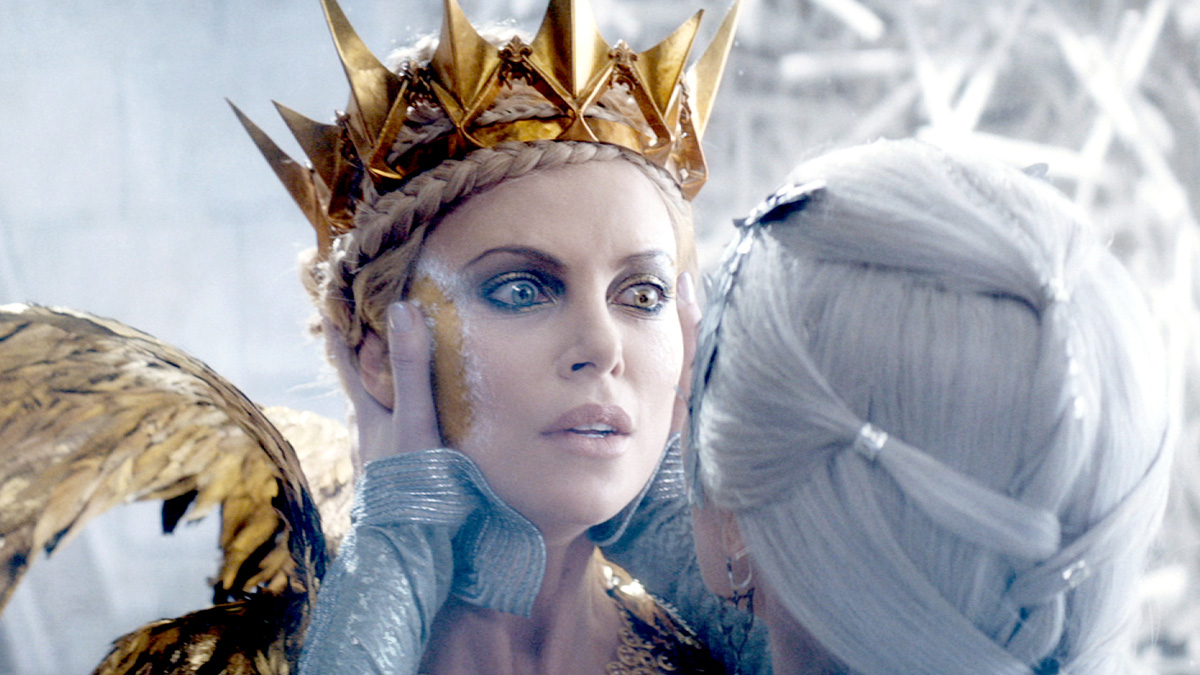 If you remember anything at all from the first movie then you’ve got one up on the majority of the general movie going public. Mentions of the first film don’t stir up any fond memories and this purposeless follow up damn sure isn’t going to create any new ones. Perhaps there’s a contingent of fans out there that really supported Snow White after its lukewarm theatrical run. If those fans are hoping for nonsensical fan fiction-quality work then they are going to be in for a real treat. If anyone has any standards above that, you’re not going to have a good time with this one. 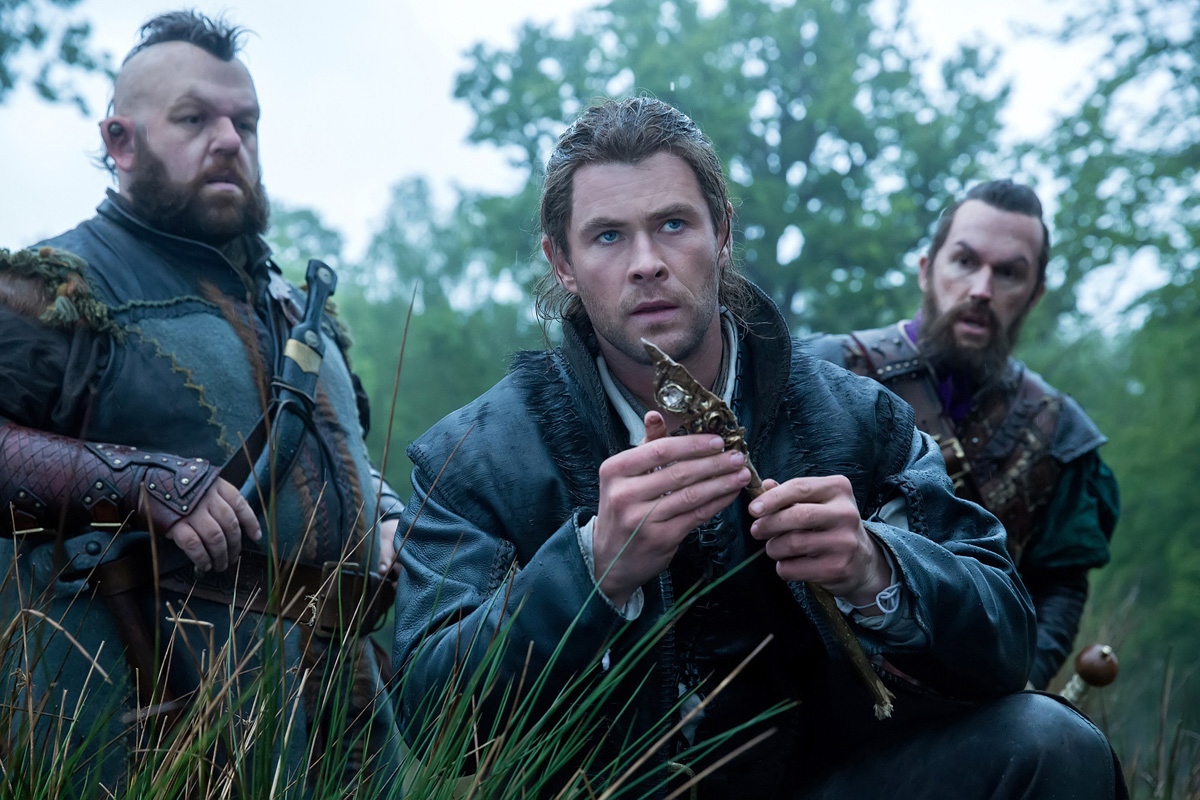 Chris Hemsworth looks like he’s barely trying as the bland Eric – but does he ever look really all that focused in on a character? He’s perfectly fine as Thor but doesn’t have the movie star gravitas to make up for poorly written characters like the one he plays here.

Bless Jessica Chastain’s heart for trying whatever mangled accent she attempted to pull off as Sara, Eric’s former lover. The performance doesn’t work at all and the normally consistent actress is oddly off her game and out of her element. Emily Blunt, another gifted big screen talent, hopefully brought home a significant paycheque for slumming it this hard as queen with a heart of ice. These actors will be fine and will bounce back to provide us with something more worthy of their talents soon enough. But try not to be fooled into thinking The Huntsman is anything worth your time or money just based on some normally reliable big names. 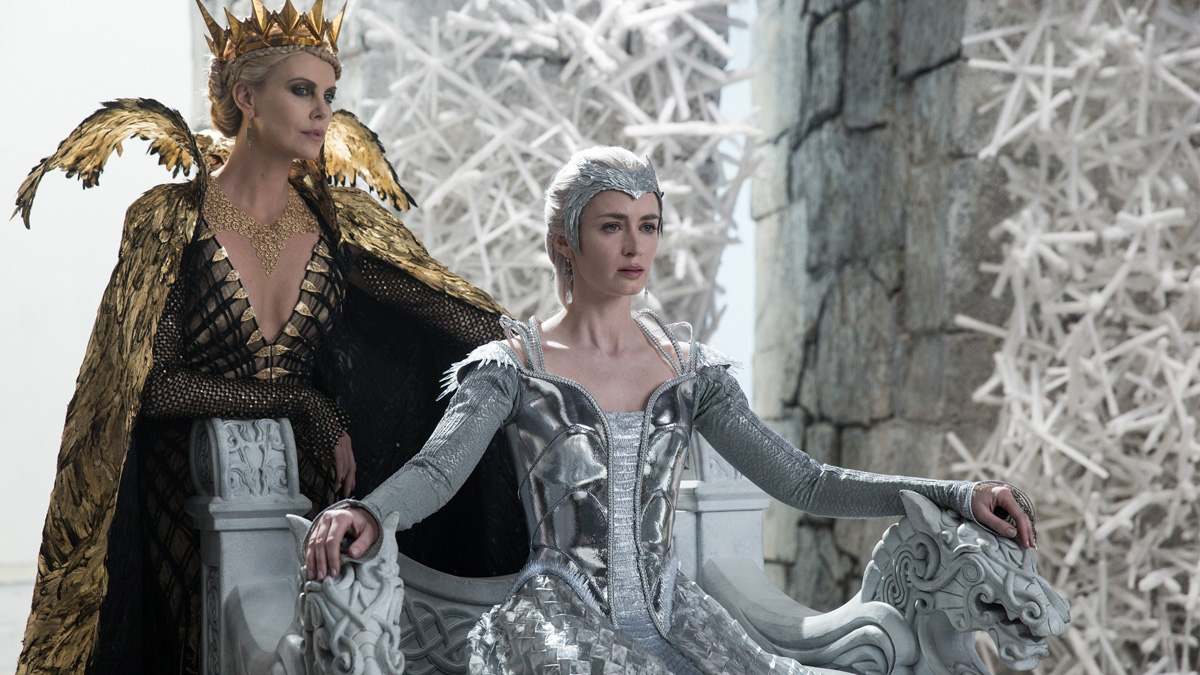 At least Charlize Theron looks like she had some fun making this; a handful of moments of the actress going “full Nic Cage” are unintentional high points of the film’s third act. It would appear Ravenna was absorbed by her beloved magic mirror on the wall as a result of the events of Snow White (or something). With the mirror possessed by her evil, it now corrupts those who come to possess it – much like the One Ring itself. Snow White demands it be banished from her kingdom but the icy Queen Freya demands to claim it to exert maximum control over the land. The Huntsman is recruited by Snow White’s men to destroy the mirror. He’s joined on his mission only with the assistance of the dwarves Nion (Nick Frost, the sole returning dwarf from the first movie) and Gryff_ (Rob Brydon, best known for playing a heightened version of himself in The Trip). Frost and Brydon fail to elicit any laughter between the two of them, which is an astonishing feat in and of itself. 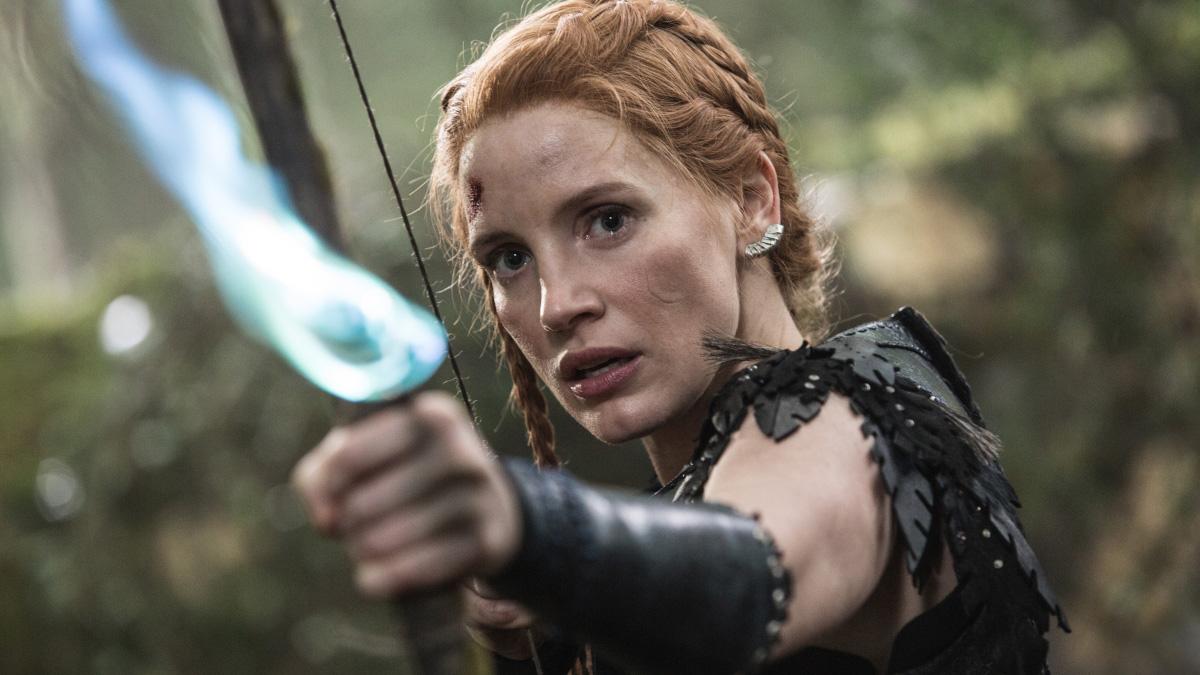 The plot is strung by a thin thread as an excuse to take us through lands of “wonder” and ‘enchantment”. There are foes and goblins along the way, of course, and adolescent romantics will swoon over the strained Sara/Eric romance while the rest of us shake our heads at a disaster relationship in the making.

The Huntsman: Winter’s War is too awkward to enjoy as a piece of pure entertainment and too poorly constructed to recommend on any level. It’s nearly impossible to target one true source of the film’s failure as mediocrity would appear to have been the modus operandi across all departments. The visual effects are shockingly substandard for a film with a reported price tag of $115 million, and the production design swings big for quantity over quality. First time director Cedric Nicolas-Troyan lacks the ability to source out conflict or drama in any given scene. He might know his way around the technical aspects of the film (he was the VFX Supervisor on the previous movie) but he certainly is not an “actor’s director” or a competent visual storyteller in the slightest. One can only hope that the emerging filmmaker steps up his game with the announced remake of Highlander. 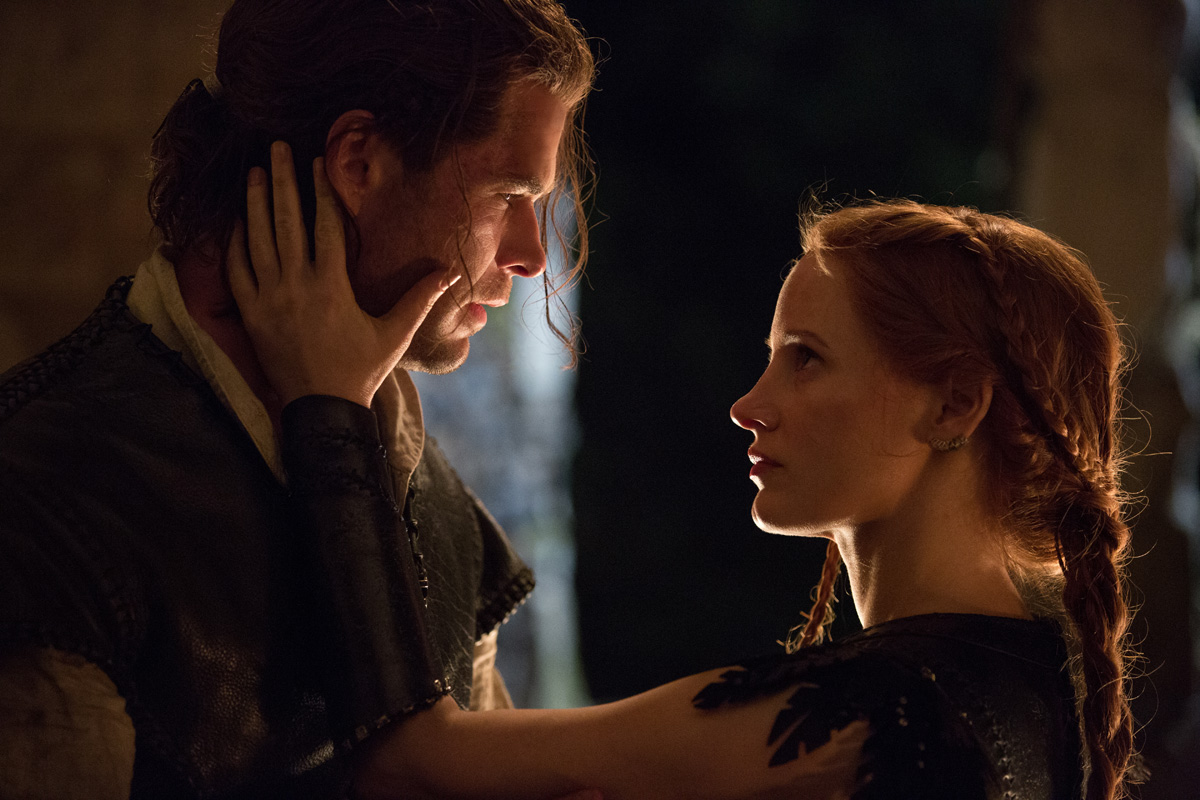 With such a weak premise and shaky name brand recognition it’s a wonder The Huntsman got made at all. If you really, really liked Snow White and The Huntsman or if this sort of medieval fantasy is your thing regardless then you might find something of value here. The rest of us, however, should give this mess a pass and set our sights on a (hopefully) more promising summer ahead.

One and a half broke ass mirrors out of five!