Mockingjay Part Two is the final chapter of The Hunger Games trilogy (the studio really should have looked up the word “trilogy”).

It’s all the rage nowadays to break the final book in any Young Adult series into two separate films. I blame that little wizard Harry Potter for this trend. Oh, and you can also include those nauseating and whiny vampires of Twilight too. Studio greed always comes ahead of making a great adaptation of a book. 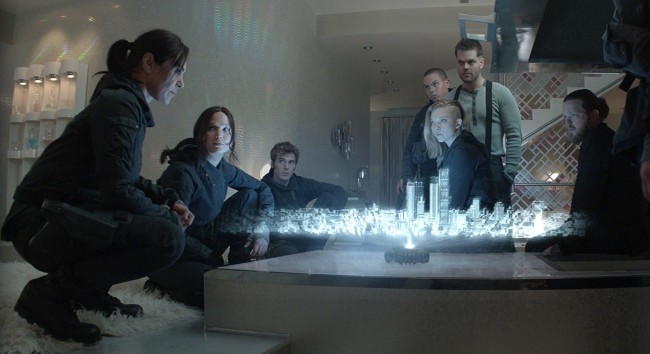 Mockingjay Part Two starts where the previous film left off. The rebels have support from 12 districts and are close to winning the war. Peeta (Josh Hutcherson) has been freed, but he’s been brainwashed by the Capitol and has become a liability. This puts Katniss (Jennifer Lawrence) in danger and the two are separated as the rebels try to take over the Capitol.

President Coin (Julianne Moore) and most of the surviving tributes, with the exception of Peeta, want revenge and to let the Capitol have a taste of their own medicine by holding a final Hunger Games in which the children of Capitol leaders will be the tributes.

Katniss still wants the right to personally kill President Snow (Donald Sutherland) once he is captured, but when the moment comes, she has to make a decision that could have dire consequences. 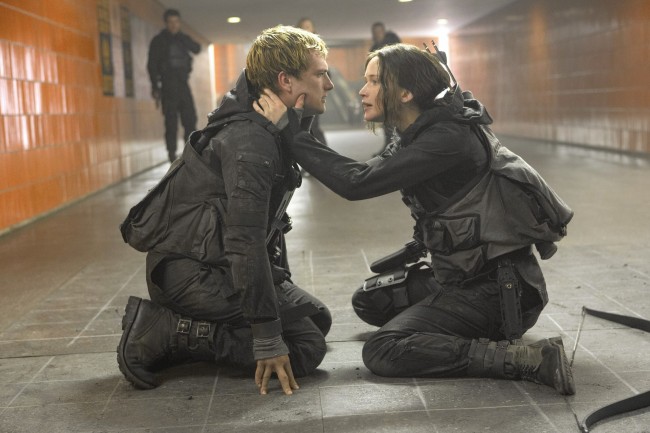 Let’s hope Lionsgate Films deals with the consequences of their decision in taking Suzanne Collins’ final book, that was already low on action and probably the worst of the series, and dividing the adapted screenplay into two long and drawn out films. But I’m sure the studio doesn’t care because they’ll be counting bucket loads of cash.

Watching Mockingjay Part Two feels like like a bunch of actors on screen reading every page of the book. For fans of these novels this might be good news. However, the rules of adapting fiction to a screenplay is to keep the narrative moving and not to get bogged down in the unnecessary details or minutiae. 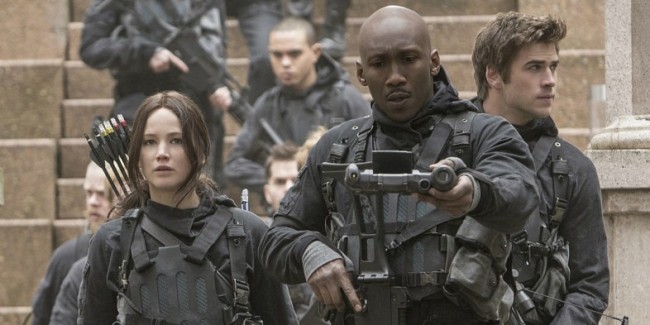 Last year’s Mockingjay Part One was actually one of the best films of the series. It was a nice slow burn of character development and it really added some maturity to the overall series.

As someone who hasn’t read the books (but now I feel like I have), Part 1 was supposed to set up Part 2. Usually, there’s the slow build to set up the big pay off. Instead what we get with the finale is a film that is so unevenly paced that you stop caring after the first hour of a very long two hours and 16 minutes.

There are a couple of action sequences in the film that are very well done. Director Francis Lawrence has shown he can handle action a lot better than the original Hunger Games director Gary Ross could. In fact, this series really took off after 2012’s Catching Fire.

There’s just no rhythm or flow to this final film. It may have some action, but it doesn’t know how to dole it out and what to do with the time in between. This teenage dystopian story plays out like a teenager trying to get their driver’s license: it hits the gas, slams the breaks, hits the gas, and slams the breaks again. You end up with cinematic whiplash. 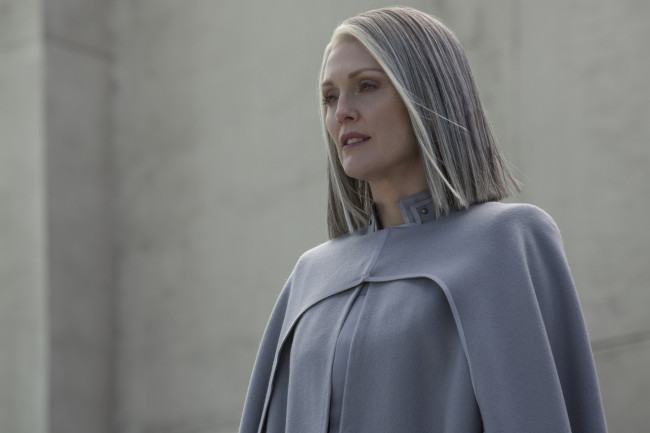 Julianne Moore is barely in this film, which is sad because her character was so pivotal to the finale. The twist at the end falls flat, because a lot of her scenes had to be cut out due to the untimely death of Philip Seymour Hoffman.

Jennifer Lawrence’s performance as Katniss is strong and ultimately she carries the film like the ones prior. But there was too much of the Peeta-Katniss-Gale non-love triangle that should have been ditched, and we lose sight of the larger and more interesting conflict.

Mockingjay 1 and 2 could have been one 2.5 hour finale. Maybe even a three hour director’s cut somewhere down the line to really cash in on the DVD or Video on Demand greed. It did not need almost five hours of talking heads.

Overall, The Hunger Games saga set a high bar among its Young Adult contemporaries by adding much needed substance to the genre.

The overall theme of the entire series is powerful but this time around it feels like it’s constantly being thrown into our faces. Yes, we get it, propaganda, war – they are intertwined. 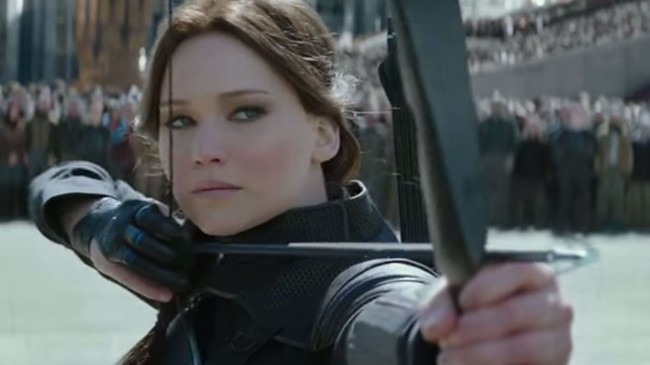 Cinema Factoid: On February 6, 2015, Lionsgate CEO Jon Feltheimer revealed that there could be a potential fifth film in the Hunger Games franchise – a sequel or a prequel.

Mockingjay Part Two isn’t terrible, it’s average and that’s not the way to end a fantastic series. Speaking of endings, the way this story concludes makes the ending of Return of the King seem abrupt.

This film gets 3 raindrops out of 5 from me. As I write this, Rotten Tomatoes has it at 72% and Metacritic gives it a middle of the road grade of 60. It won’t stop you from checking this out, but bring a pillow and a blanket because it’s a long sit.

For a more thorough review of this film and others coming out this week check out our new podcast below, Flix Anonymous.

This film is rated PG-13 and opens today, November 20.