The idea looked so good on paper.

Have Saturday Night Live alums Will Ferrell and Amy Poehler play a married couple who start an illegal gambling operation – in their best friend’s house – because they spent their daughter’s college fund.

Unfortunately, it’s never quite able to mesh well into a cohesive or particularly original movie. Though there are some laughs along the way, The House eventually succumbs to its rather shaky foundation. 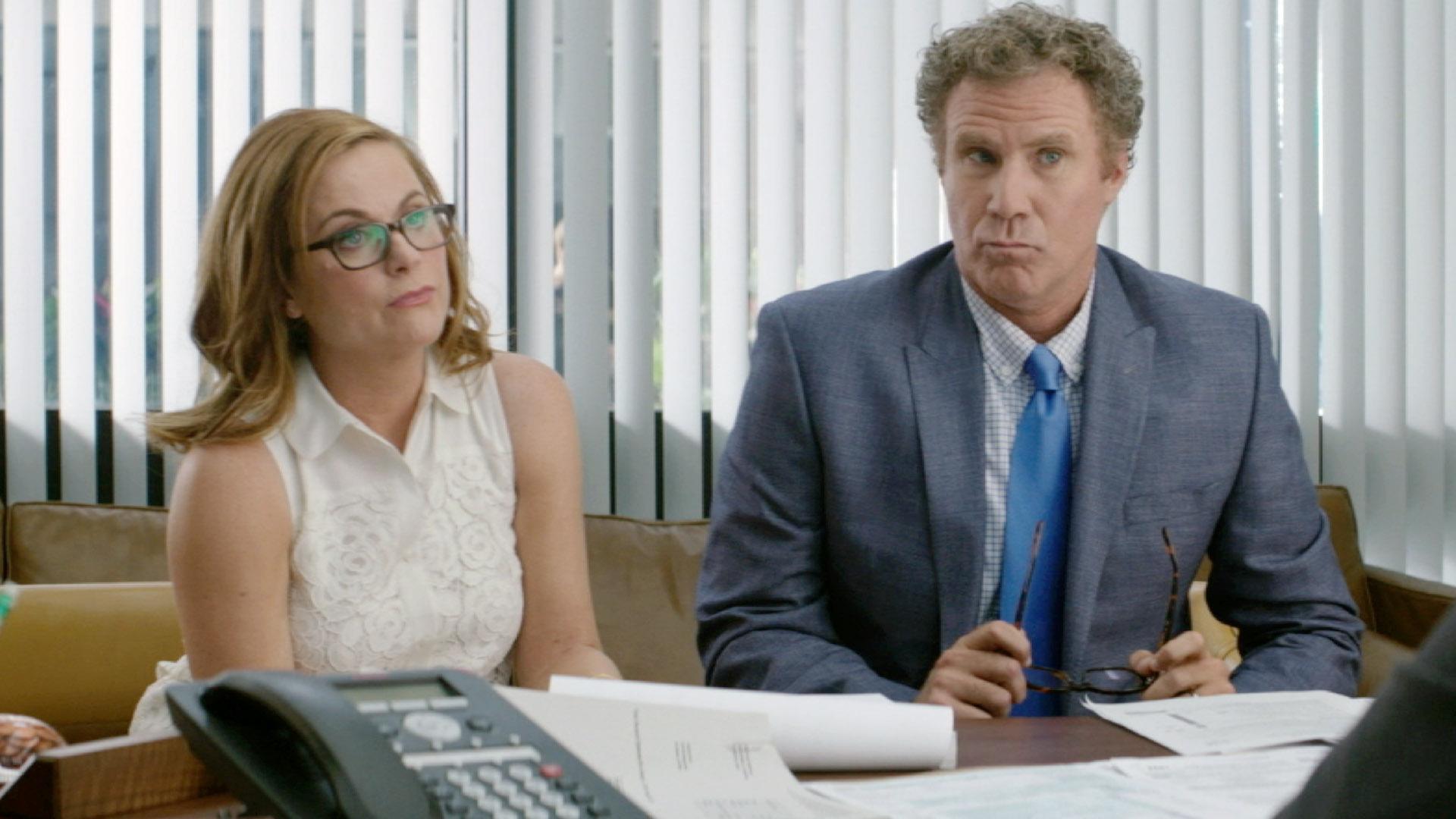 The humour begins with promise; Ferrell and Poehler get a chance at some early improv and are able to establish a convincing rapport. They play the devoted parents of Alex (Ryan Simpkins, also featured in next month’s comedy-drama Brigsby Bear), a plucky college-bound only child.

A thin premise becomes even more tenuous during a local civic meeting scene. A shifty city councillor (Nick Kroll) announces that the town is moving forward with an audacious water park development and will have no room in the budget for the annual scholarship award.

Turns out young Alex was this year’s intended recipient so that leaves mom and dad in a bit of a financial pickle.

In swoops their scheming buddy Frank (Jason Mantzoukas), a gambling addict, who whisks them off to win back their savings in a generic Las Vegas montage. Predictably they lose everything at the craps table and have now hit rock bottom.

Looks like the house wins again. “But wait guys, what if WE were the house?” they ask. The house…in a house! You see where this is going. 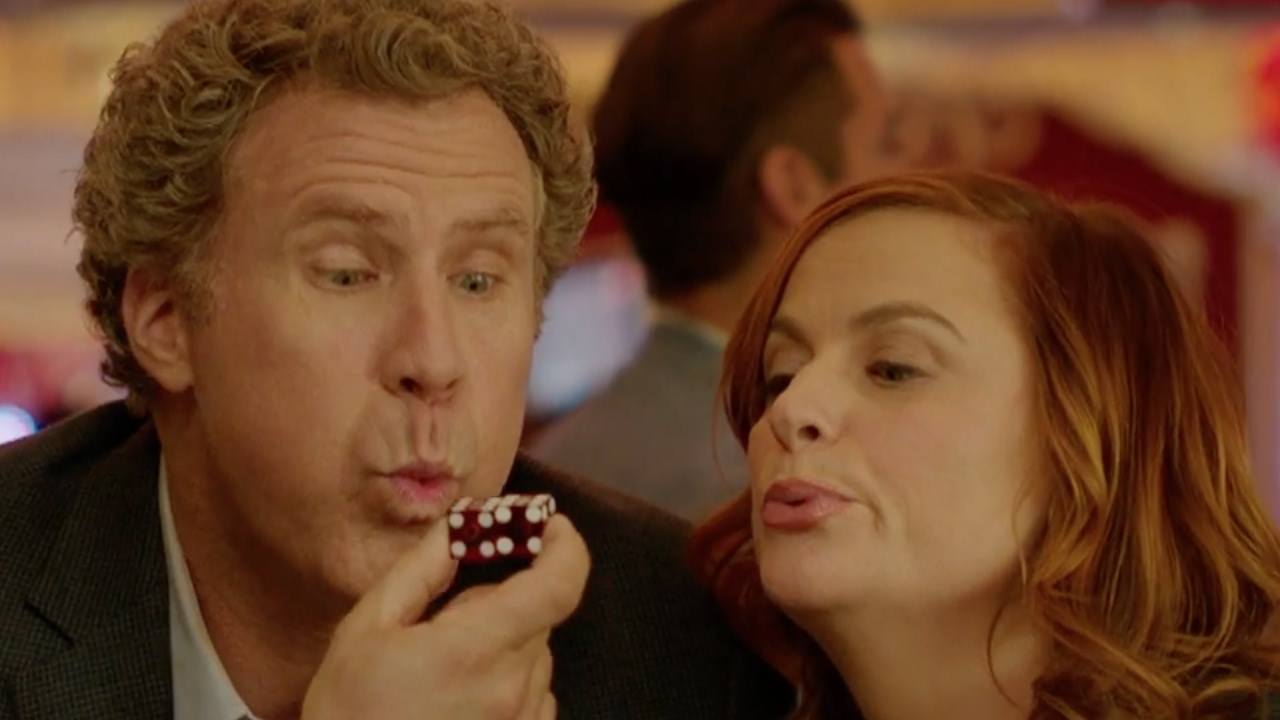 Once the trio begins operating an underground casino inside Frank’s home (there’s a lot of room because his estranged wife took all the furniture), there are some decent gags. A rousing and surprisingly bloody high stakes smackdown between Veep stars Lennon Parham and Andrea Savage is a glorious tribute to Fight Club.

Ferrell and Poehler are also fun to watch here as the mob boss mentality goes to their heads and they start taking their cues from Scorsese’s Casino.

Granted, these make for several chuckle-worthy vignettes but that’s about it; the plot is missing a strong sense of momentum. Instead we’re left with a lazy comedy that simply goes through the motions.

Writing duo Brendan O’Brien and Andrew Jay Cohen previously penned the underrated Neighbors flicks but this movie lacks any of the wit, heart, or thinly-veiled satire of those former films. 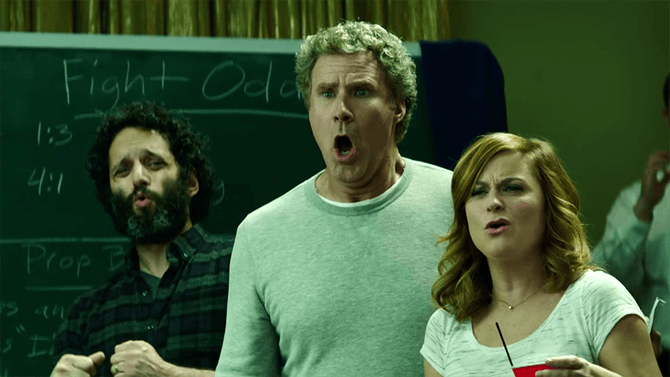 Perhaps The House‘s biggest crime is how it squanders the potential of some pretty strong actors. Once again Rob Huebel is relegated to a thankless character, playing a police officer investigating the gambling gang.

The most disappointing, by far, is how the incredible Allison Tolman’s talents – astoundingly good in Fargo‘s first season – are regrettably wasted here as a forgettable treasury secretary.

In fact, aside from the two lead stars, Nick Kroll is the only other player who can at least become unhinged a bit. His performance towards the film’s conclusion, including a funny nod to Terminator 2: Judgement Day, is admittedly amusing.

In the end everything gets wrapped up with a nice little bow, as you would expect. Frankly, Ferrell and Poehler deserve better material. They do much of the heavy lifting, taking the clunky dialogue and finessing it somewhat with their skills, or at least attempting to.

There is actually some great physical humour, including plenty of fake blood bits, that works nicely in the movie plus there is a solid secret cameo scene, ending in hilarity. But these strands aren’t woven together effectively as the lacklustre script never takes any risks.

This dull comedy might be worth a rainy Netflix afternoon watch but certainly doesn’t justify a place on the crowded theatrical summer menu. The House gets 2 out of 5 pieces of popcorn.

Playing at a theatre near you. Rated 14A and is 88 minutes long.