Well, thanks to the magic of Hollywood, it’s finally happened in The Hitman’s Bodyguard.

Vancouver’s golden boy takes a break from foul-mouthed superhero duties to play elite security agent Michael Bryce. He’s at the top of his game until a botched assignment, involving a Japanese arms dealer, sends him spiralling down the corporate bodyguard ladder. 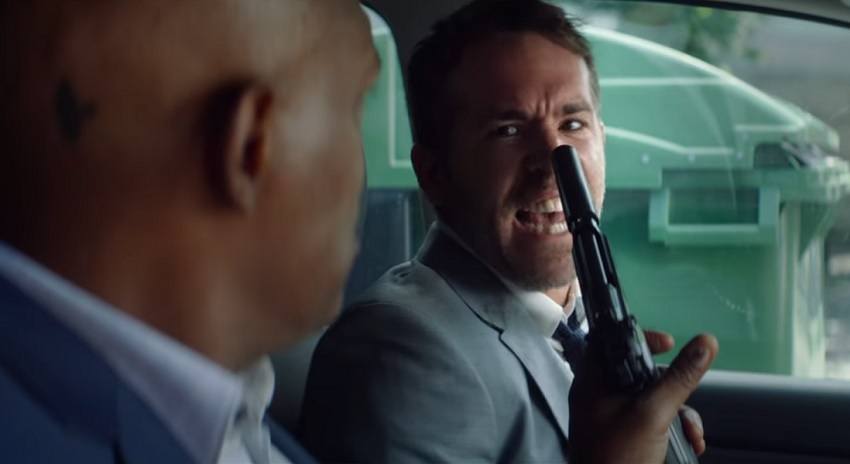 Several years pass and Michael finally gets a chance at redemption. He takes a job escorting notorious hitman (and archrival) Darius Kincaid (Samuel L. Jackson) to The Hague in the Netherlands so he can testify against an Eastern European dictator (Gary Oldman).

Along the way, they’ll have to put their differences aside and get to the International Court unscathed while avoiding loads of bad guys and lots of bullets. While the flick doesn’t quite live up to its buzzworthy hype, it still offers an amusing – and often thrilling – vehicle for its two lead stars.

Director Patrick Hughes knows a thing or two about on-screen action. After all, he was behind the lens for 2014’s The Expendables 3. 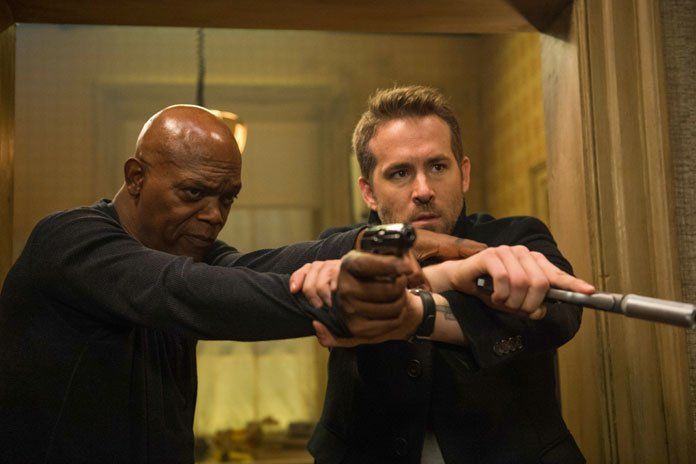 The Hitman’s Bodyguard features a satisfying amount of graphic violence. We’re talking heads being blown off, extensive use of blood splatter, frequent bone-crunching brawls, and numerous nasty car crashes. In addition, plenty of spicy language – laden with countless F-bombs – means the movie certainly earns its R-rating (14A in Canada).

Between the many gunfights, fistfights, car chases, one incredible Amsterdam boat escape, and a wicked slo-mo bar brawl courtesy of Salma Hayek (who plays Darius’ wife) there is no shortage of pulse-pounding action to be found in this film. It’s a good thing too, because the script isn’t always that great.

While watching The Hitman’s Bodyguard, I couldn’t help but wonder about the comedic possibilities if the Deadpool writers (or someone of their witty ilk) had crafted the screenplay. While Tom O’Connor’s dialogue provides an ample amount of zingers, the writing is a little clunky and forced at times.

Despite mostly mediocre jokes, the casting decision to pair Reynolds with Jackson does pay off in the long run and could open the door for a sequel. The two roles they respectively play are the very definition of contrasting character foils. Once the story really gets going there is a madcap lunacy to their chemistry that is a blast to watch. 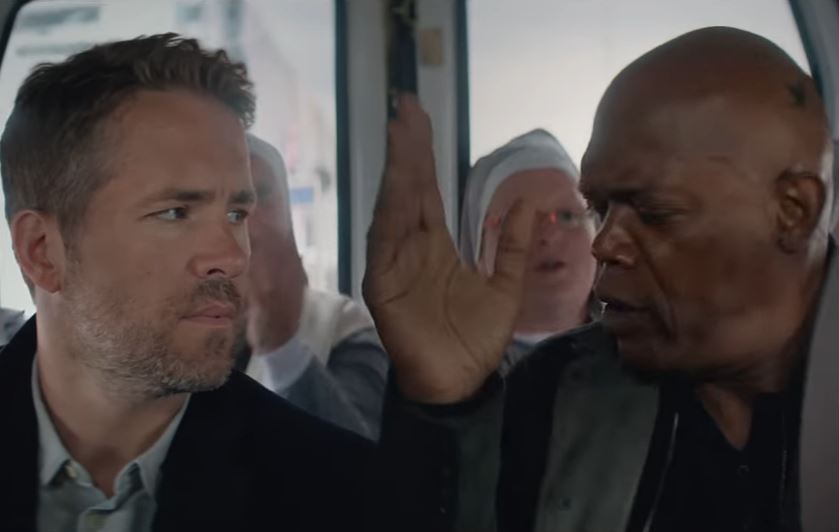 Unfortunately, a few other cast members get left by the wayside. When Oscar nominee Gary Oldman plays the villain you have to give him more to do than look brooding and sit in court all day. Sadly, that’s all the talented thespian seems to do; it’s a bit of a waste of some supreme talent. He does wear trendy glasses and sports cool hair though.

And the supremely sublime Salma Hayek does have the aforementioned bar fight scene early on but her skills could somehow have been utilized much more in the latter half. On the plus side, Daredevil and The Defenders star Elodie Yung is commanding as Michael’s ex-girlfriend and adds a welcome romantic subplot.

The movie is by no means an instant classic but its dynamic duo brings just enough charm. The flick also serves up a chaotic blend of legitimately strong, well-staged action.

In short, The Hitman’s Bodyguard earns a passing grade with 3 out of 5 pieces of popcorn.

Playing at a theatre near you. Rated 14A and is 118 minutes long.