Logan Lucky is your prototypical and somewhat unbelievable heist flick, but instead of the ultra suave Oceans Eleven trilogy we get the redneck version of “Oceans 7-11.” 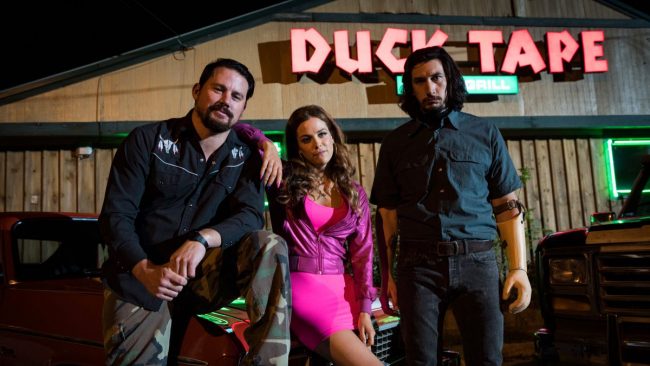 Welcome back, Steven Soderbergh! After four years of quasi-retirement, the American director has returned to feature pictures on his own terms.

This is a director who loves to break conventional filmmaking “rules” and invent new ones, but the man does know how to make entertaining flicks.

Look no further than Logan Lucky, which is based on a screenplay written by a mysterious person named Rebecca Blunt, who might actually be a pseudonym that Soderbergh is using. It’s not the first time he has made up an imaginary person and given him or her credit for a film.

Also receiving credits are a list of fantastic actors like Channing Tatum, Adam Driver, Daniel Craig, Seth MacFarlane, Katie Holmes, Hilary Swank, and Dwight Yoakam, who all dig deep into their inner Virginia hick-dom to bring their own country fried quirkiness to this story.

Soderbergh’s Oceans films were about a rag tag group of criminals breaking into casinos, but this comedic heist flick features a crew of country bumpkins who decide to break into the vault at a NASCAR speed track during one of the biggest races of the year.

Jimmy (Tatum) lost his job and needs money fast in order to continue to have part custody of his daughter Sadie (Farrah Mackenzie). So he devises a plan and calls upon his brother Clyde (Adam Driver), who lost his arm in Iraq, and Joe Bang (Daniel Craig) who is an explosives expert sitting in prison. Together, they create a team of misfits.

You would think it would be easy for Soderbergh to make these country folk come across as cliché or too stereotypically dumb to care about, but infused in this comedic film is some heart and solid character development that allows us to root for these hillbilly criminals.

A lot of that likeability comes from the acting performances. Channing Tatum is quickly becoming more than just a pretty face. Earlier in his career, it would be hard to imagine him pulling off a character like this, but over the years Tatum has evolved and matured into an excellent actor, and he gives one of his finest performances of his career in this latest flick. 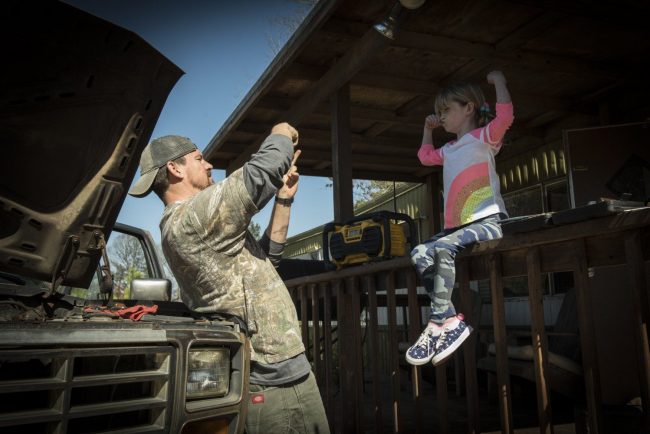 Jimmy is a good dad, who always wants to do the right thing, but he finds himself robbing a vault full of money, and Tatum does a masterful job of showing the audience the inner struggle. The scenes between Jimmy and his daughter Sadie is where the sweetness is laid on thick and gives the film its emotional motor.

Daniel Craig is also fantastic because so many people have really only seen Craig in 007 type roles as the British debonair but in this movie, he plays Joe Bang with some serious twang and it’s glorious. I was even able to accept Adam Driver as a hillbilly even if at times his accent couldn’t hide his familiar voice tics.

The entire ensemble cast is great except maybe for one notable exception and that’s Seth MacFarlane, who plays an obnoxious energy drink mogul sponsoring a car in the Coca-Cola 600.

MacFarlane is a bit over the top if not practically mugging every time the camera is on him. I normally like MacFarlane’s comedic timing but in this film, less should have been more. 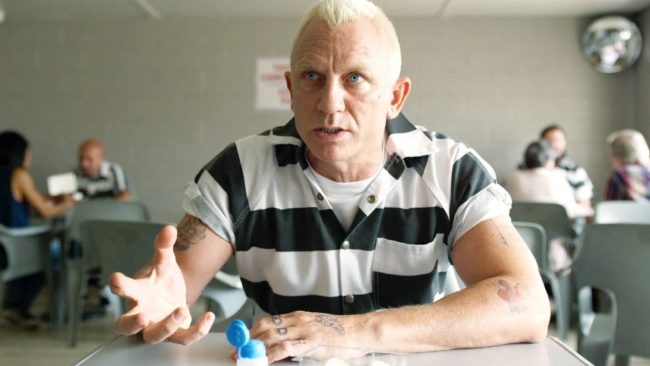 Overall this is an extremely entertaining film that has laughs, intrigue, and heart. Sure it’s a new coat of paint on a heist film, and yes it’s the fourth time this year that a movie has prominently used one of John Denver’s classic folk songs, but there is much to like about Soderberg’s new film that it should comfortably sit in most people’s best of 2017 list.

This was an absolute blast and I recommend checking it out. I’m easily giving this 5 pieces of popcorn. I’d love to see Logan Lucky made into a trilogy of films.