The Hateful Eight is Quentin Tarantino’s eighth film and could end up being one of his most controversial. 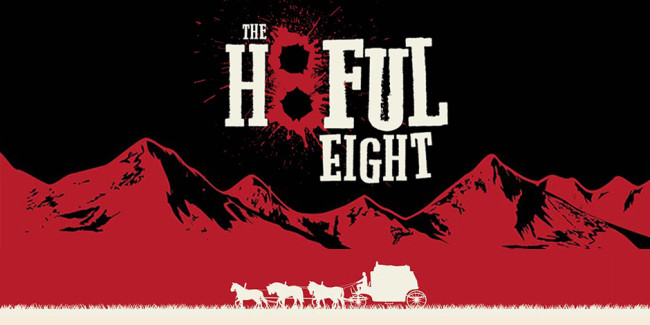 The highly anticipated film opened to a limited release here in Vancouver, Montreal, and Toronto on Christmas Day. This special Roadshow release is in 70mm film and has a run time of three hours with an overture and intermission.

There are only a few theatres in Canada that are equipped with a projector that can show the film, and luckily here in Vancouver, the Park Theatre will be screening The Hateful Eight in all it’s celluloid glory.

The digital version will be shorter in length and has a wide release on December 31, 2015.

Fellow Vancity Buzz critic Dan Nicholls and I were invited to see an advance screening of this new Tarantino Western, and so we’ve decided to combine our efforts and give you our thoughts.

You have to love what Quentin Tarantino stands for as a lover of cinema.

Some audiences might be repelled by the lack of any relative “hero” in The Hateful Eight; there’s absolutely no moral center in this deranged and dangerous octet. Once the blood starts flowing in Minnie’s Haberdashery it doesn’t stop. It isn’t about who lives or who dies; it’s a matter of which one of these sons of bitches is going to hell the fastest. 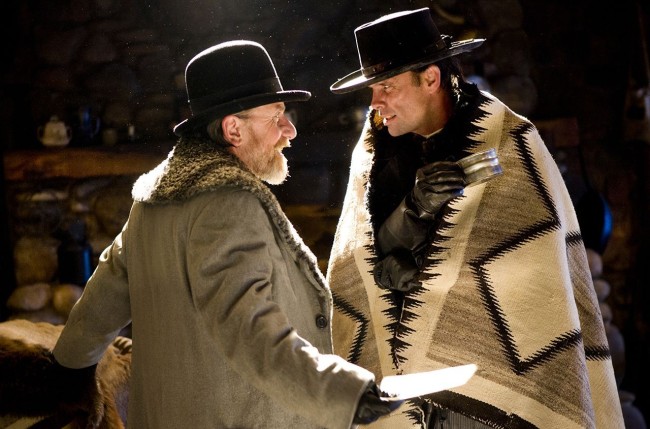 The Hateful Eight is Tarantino in all his “Tarantino-ness.” The violence exists mainly for the sake of it and eventually goes so over the top that it nearly becomes Django 2. There is no wrong or right reason for anything that happens here.

The notorious cinephile director clearly relishes the opportunity to shoot on 65MM with some ultra-wide lenses. The wintery exteriors are obviously gorgeous, but the format also serves the interior moments equally well. In close-ups, we feel so much closer to the characters. In locked off wide shots, the director accomplishes some elaborate blocking that makes full use of the added space to play around in the frame. 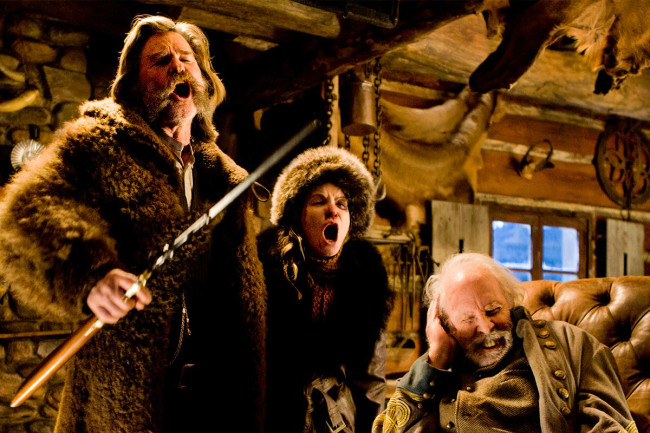 Tarantino, more than many of his peers, writes pure characters. Each of the eight men and women inside Minnie’s Haberdashery are unique and played with zest by some undeniably great actors. From a directorial standpoint, Tarantino’s slow pacing allows the actors to find more and more nuances to explore. At times, it feels like we’re watching a Tarantino western opera stage play – and that’s not a bad thing at all.

Jennifer Jason Leigh deserves heaps of praise and acclaim for being such a strong (though evil) woman who’s potentially the smartest person in the whole room. Of the impressive cast, I’d also single out Samuel L. Jackson and Walton Goggins. I’d love nothing more than to see those two pair up again on the big screen. 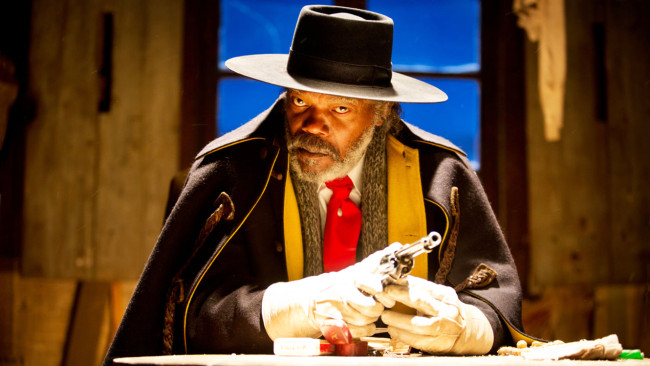 Tarantino’s last two features, Inglourious Basterds and Django Unchained, were met with thick box office receipts and inspired fervent discussion among mainstream crowds. This film feels like the third part in a thematic and aesthetic trilogy for the filmmaker. If Django or Basterds weren’t for you, The Hateful Eight is definitely one you can sit out. But for practically any pure movie lover, The Hateful Eight is still one of the best gifts one could ask for this Christmas.

Four and a half hangman’s nooses out of five!

Here’s the thing, not everyone is going to go gaga for what Dan calls “Tarantino-ness” in The Hateful Eight. 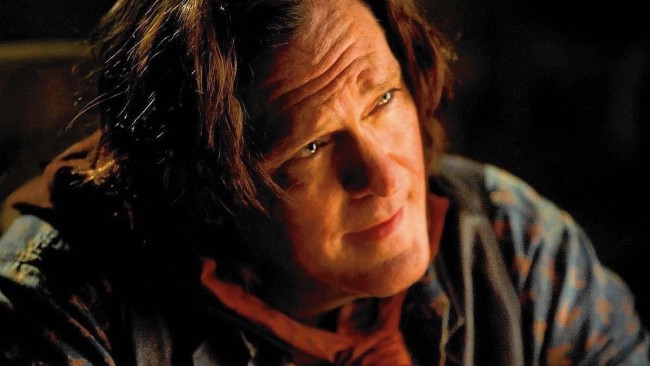 There will be many people who will wonder if maybe the politically incorrect director has gone a tad too far. I’m personally not a card carrying member of the PC police, but to be honest, some people are going to be pissed at the amount the N word gets used in this film. Not to mention the amount of times that Daisy (Jennifer Jason Leigh) gets beaten up by the household baddies.

Speaking of Jason Leigh, I agree she was absolutely fantastic in this film. But I’m also a sucker for Kurt Russell who played “The Hangman” John Ruth. There is something about Russell in a juicy role that brings instant gold to a movie screen for me. 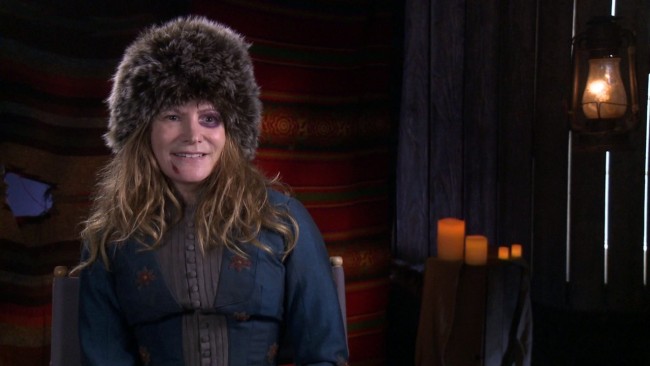 Just when you think that this film is missing Christoph Waltz, we get a great performance from Tim Roth who plays a British hangman named Oswaldo Mobray. Overall, the acting is terrific and all of Tarantino’s unusual suspects of actors are having fun and it shows in the chemistry.

This isn’t your ordinary Western, it’s a whodunit that keeps you guessing as the film unravels in front of you. As Dan mentioned above, it’s like watching a stage play that I heard was heavily influenced by 1982’s The Thing – which also starred Kurt Russell. However, you really get the sense that this film was Tarantino going back to his roots as it reminded me a lot of his earlier work like 1992’s Reservoir Dogs. 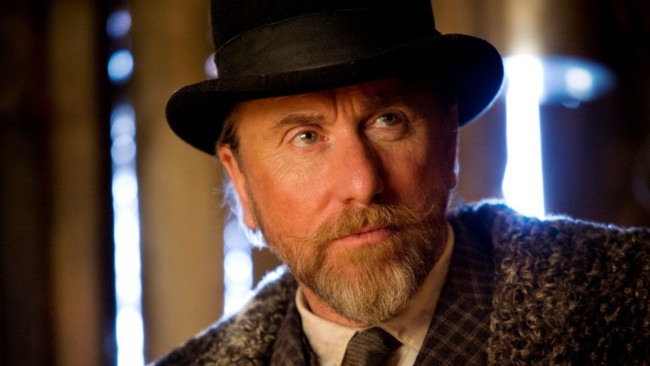 I’m surprised that Dan didn’t mention the film score, so I guess that’s up to me. As soon as the film begins we get sucked in with the overture from the iconic composer Ennio Morricone. It’s a soundtrack that I will be putting on my iTunes playlist shortly. 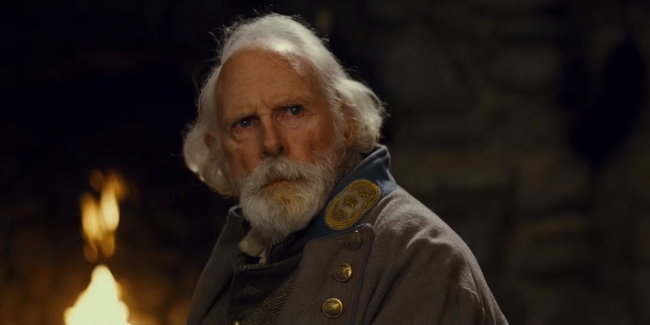 This film is not going to be everyone’s cup of tea. If you were not a fan of Tarantino’s previous work, The Hateful Eight won’t convert you to his craziness. The quirky dialogue has become a staple that could be considered cinematic poetry and the violence is, well, violent.

Do yourself a favour and go and see the Roadshow release of this film at the Park Theatre in Vancouver – check here for showtimes. You have two weeks before it’s all back to digital on December 31. Stay away from that pirated version that you can apparently find online. This film needs to be seen in 70mm glory.

I give The Hateful Eight 4 out of 5 rain drops. If you’re easily offended maybe stick to Star Wars or The Chipmunks.