The long-awaited result is a mixed bag that offers plenty of references to several novels in the iconic sci-fi/fantasy/western series but was clearly hampered by production problems. The film comes after a decade of development hell that included numerous delays, rights transitions, duelling studios, casting changes, rotating directors, and shifting release dates.

It doesn’t waste any time delving into the complex story. A rather succinct introduction brings viewers who are unfamiliar with the saga up to speed – or at least tries. 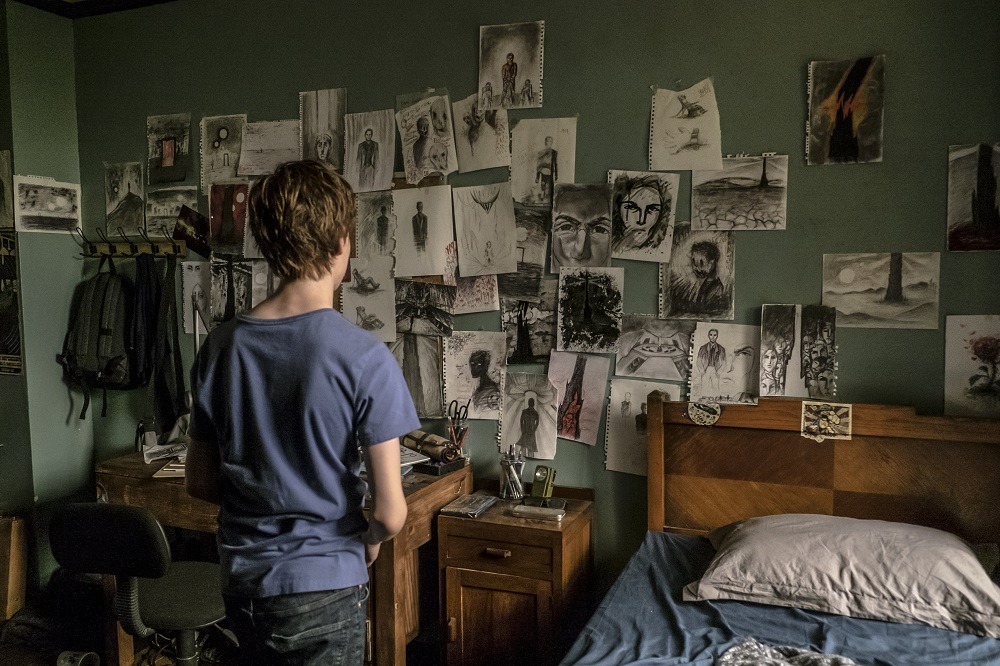 A boy living in New York named Jake Chambers (newcomer Tom Taylor) is plagued by nightmares of a villainous dark figure and an equally enigmatic gunslinger. The child discovers more about these inexplicable images as he follows various clues and winds up traveling through a portal located in a creepy old house containing a demon.

Jakes suddenly finds himself in a desert region that resembles earth but all is not what is seems. He soon meets Roland Deschain (Idris Elba), the mysterious gunslinger from his visions. Roland tells Jake he’s in Mid-World, an alternate world that exists in a different dimension.

Mid-World is under threat from a powerful sorcerer called The Man in Black (Matthew McConaughey). Walter o’Dim, as he’s also known, wants to destroy a central tower that holds all life in balance. So Jake and Roland have to do whatever it takes to stop him and save the universe.

The eight-book series representing the source material is sprawling, to say the least, and it took five screenwriters (including Stephen King himself) to condense a lot of the elements. The movie’s runtime is a surprisingly short 95 minutes; this might be welcome news for those who haven’t read the novels and somewhat frustrating for diehards who were expecting an epic. There are clear editing issues that help the pacing but make for some jarring cuts.

In the acting department, the cast is effective. Elba carries much of the film with trademark intensity. McConaughey takes getting used to, and may not be what readers were expecting, but he eventually works his chilling charms. Young Tom Taylor is passable and provides a bit of emotional range. Admittedly, the rest of the characters are fairly generic. 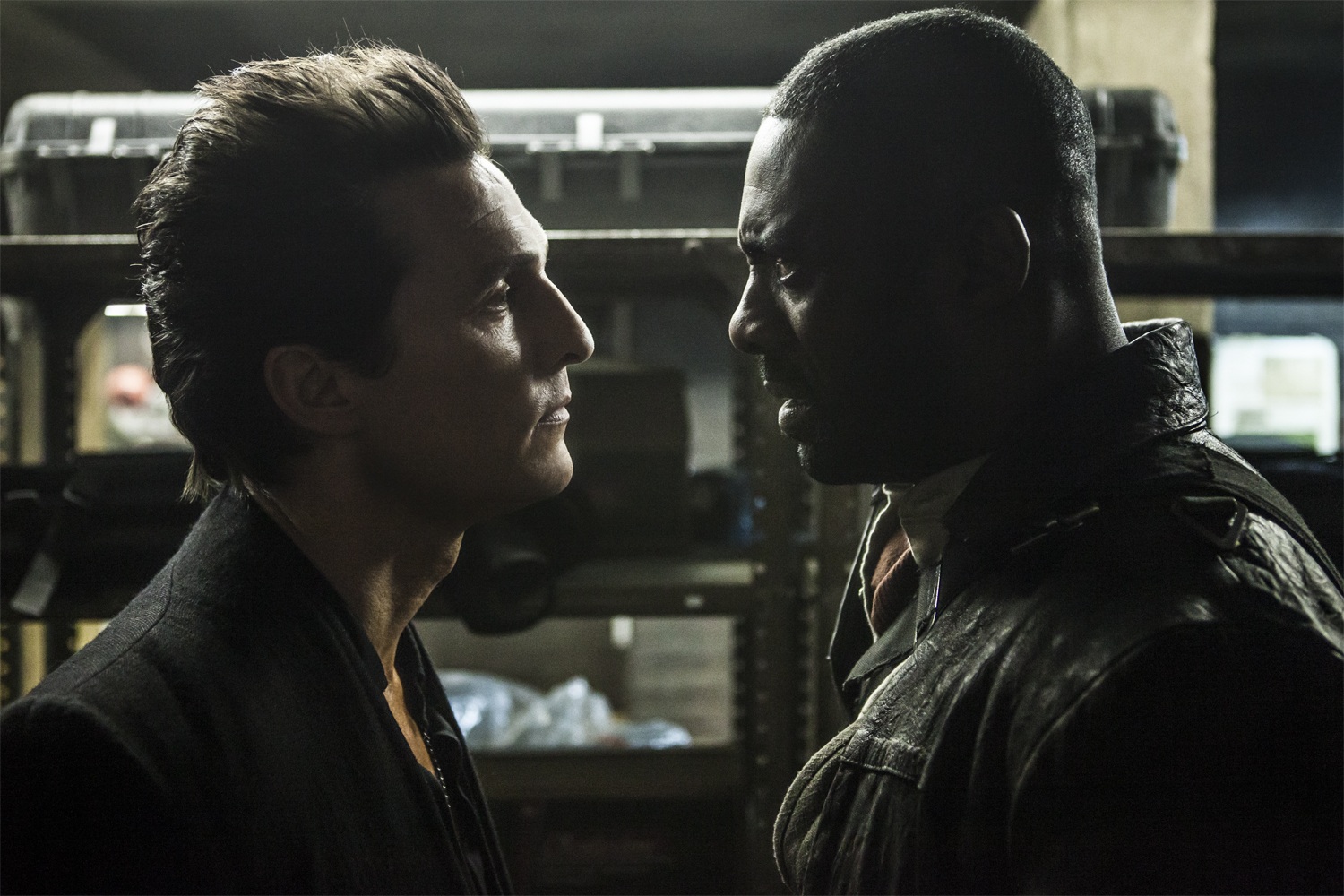 The plot progresses efficiently and the execution is always watchable. It never veers into the cringeworthy but never soars to greatness. That’s the biggest problem with this movie; it’s just simply mediocre.

In many ways, The Dark Tower seems like a really expensive pilot for an intriguing TV show (one is actually being developed, based on a book that provides Roland’s backstory). Again, this kind of episodic feel will be refreshing for some and maddening for others.

Danish Director Nikolaj Arcel loads the flick with numerous nods to Stephen King’s other works and keen viewers should be able to spot them all. A bulk of the production was filmed in South Africa and the location shooting sometimes makes for striking geography. The visual effects are also decent and not relied on too heavily. 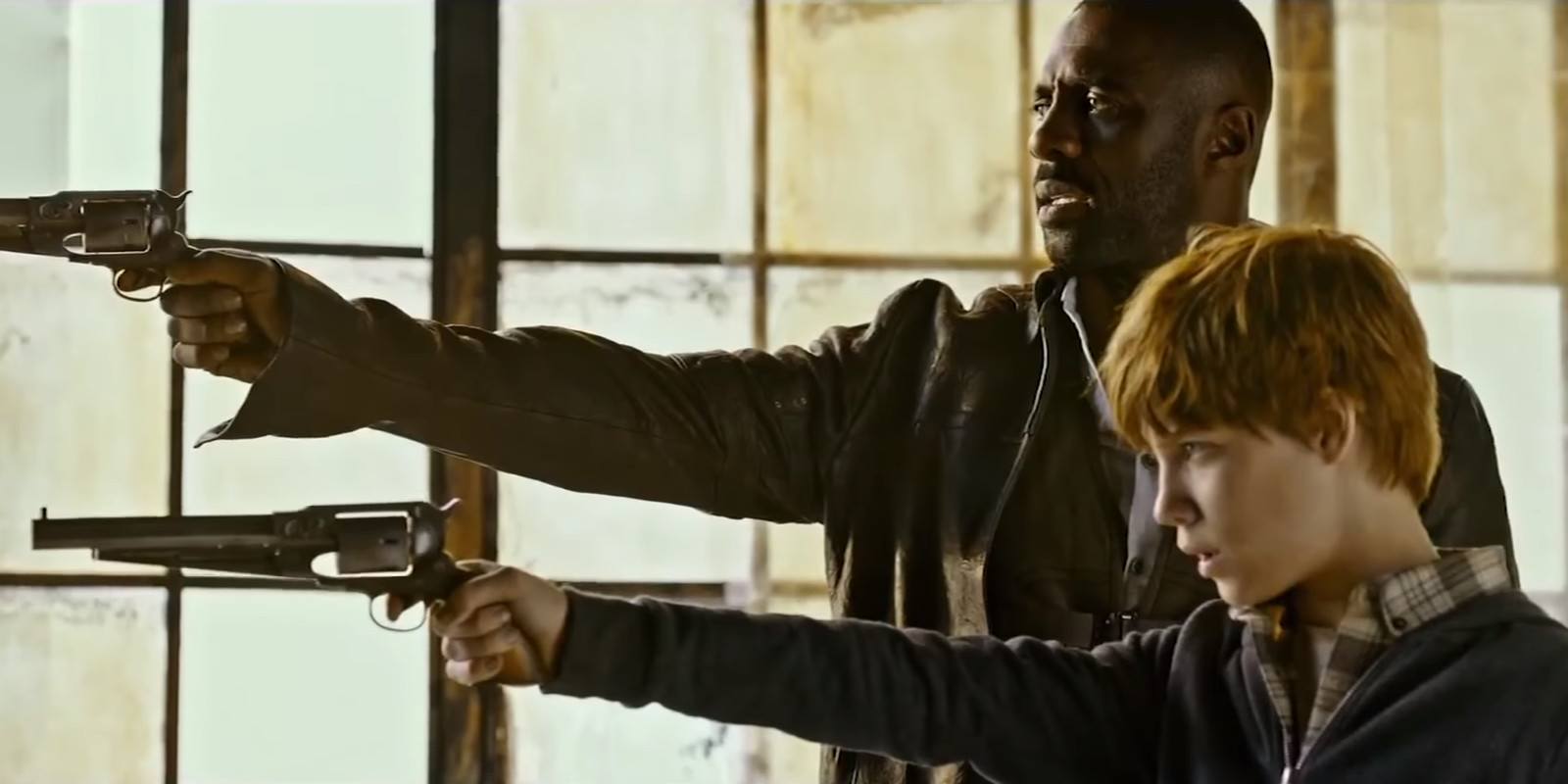 Even when the subject matter gets grim there’s enough room made for well-placed comedy, particularly when the two heroes travel to our world. In one scene Roland asks Jake what a can of Coca-Cola is and the boy simply responds, “sugar.”

For the most part, The Dark Tower is merely passable pulp. The film has its share of mechanical mishaps but doesn’t overstay its welcome. Whether the movie will be embraced by hardcore fans of the books or find box office success remains to be seen. I for one would happily watch more adventurous instalments in Mid-World with Roland and Jake.

Despite obvious issues The Dark Tower isn’t an unmitigated disaster but somehow briskly entertaining and just barely earns 3 out of 5 pieces of popcorn.

Playing at a theatre near you. Rated PG and is 95 minutes long.