Sofia Coppola’s slow-burning and ever so deliberate remake is all-in-one charming, beautiful and darkly funny; but lacking in spark, verve, and punch.

It’s a relatively unimportant fact that Coppola’s The Beguiled is a remake of the 1971 Clint Eastwood movie of the same name. Remakes, in the current Hollywood landscape of the ‘soft-reboot’, have a bad reputation.

The Beguiled has more in common with celebrated re-treads like The Fly or The Thing than derided efforts like Footloose or Psycho. This is a remake that takes the source material and changes things up for the better. Way better. 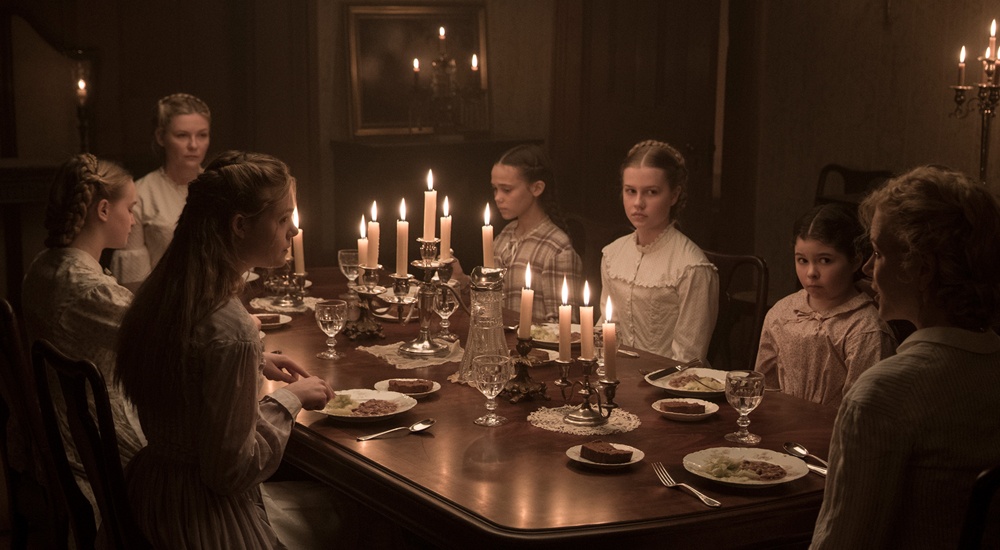 McBurney is a fish out of water in every sense: A recently landed Irish immigrant, a Union soldier injured on Confederate soil and a man laid-up in an all-girl boarding school. The rest of the female inhabitants are made up of teacher Edwina (Kirsten Dunst) and a scattering of varying aged pupils including coming-of-age Alicia (Elle Fanning).

Tended to and given shelter by the ladies, McBurney’s presence, in classic outsider style, begins to cause suspicion, doubt and jealously amongst the group. McBurney, taking advantage of the growing atmosphere, attempts to establish male dominance by setting the women against each other in a battle for his affections (in all senses of the word). It’s this atmosphere surrounded by the guns of war that traps the characters and audience in an ever-suffocating fishbowl. 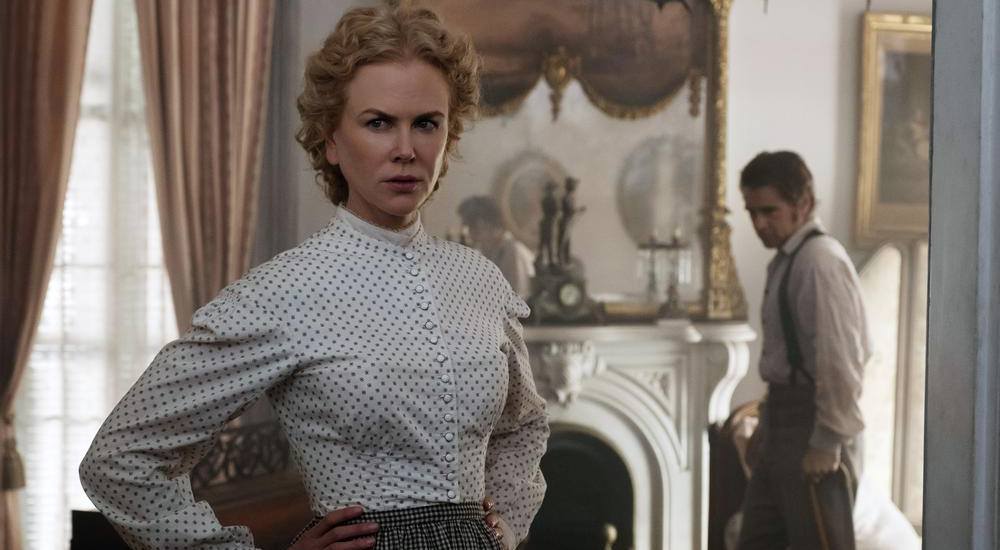 Coppola does a great job here to ensure that the women take control of the situation on their own terms. Miss Farnsworth ultimately ensures that McBurney is appropriately punished for his disruptive actions.

The cast are all on top form, each with distinctively realized characters. It’s their interplay and electrifying chemistry that keeps the movie on its toes. In sharp contrast to the dynamic performances, Coppola opts for a slow and deliberate build throughout that allows the cast to drive and carry the movie. They succeed across the board. 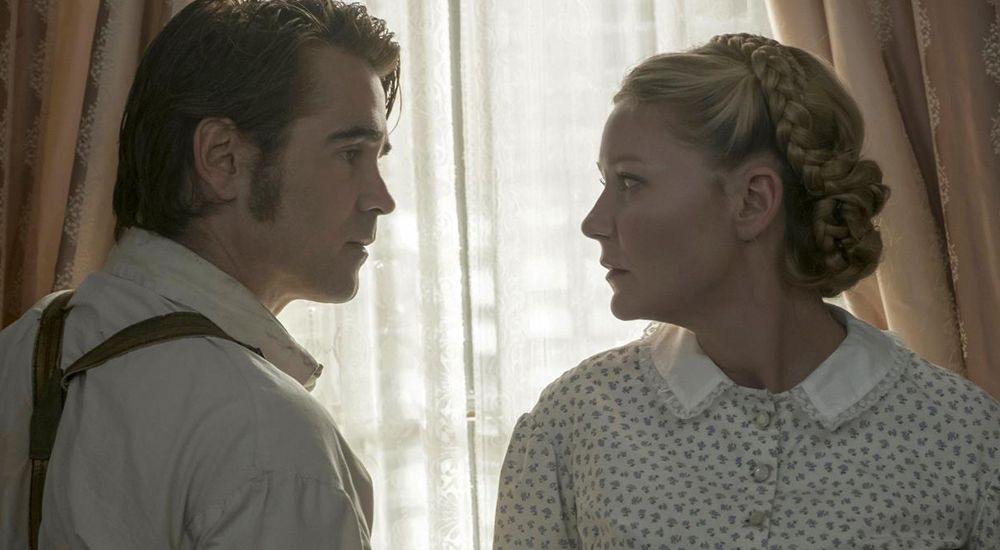 However, Coppola’s slow pace stops the film from ever reaching a true crescendo, and you can’t help but feel that a little more urgency in style in the final third would’ve delivered a heavier climactic wallop. It’s all a little stage play in design, which is fine; but in that case you need a killer twist in the tale, that Hitchcock touch, to pull the audience through to the end. The Beguiled doesn’t have one.

It is, however, a lovely looking movie. Coppola channels the golden era of classic Hollywood to present the period. The soft pastel pallet is perfect. The whole thing is like looking at a faded water colour.

The end result is all performance, but no killer instinct.

The Beguiled is released June 30, is rated PG, and is 94 minutes long.