Ana Lily Amirpour follows up her excellent debut feature A Girl Walks Home Alone At Night with The Bad Batch, a dystopian cannibal sociopolitical drama filtered through the cinematic lenses of Mad Max (2 & 3) and Escape from New York. 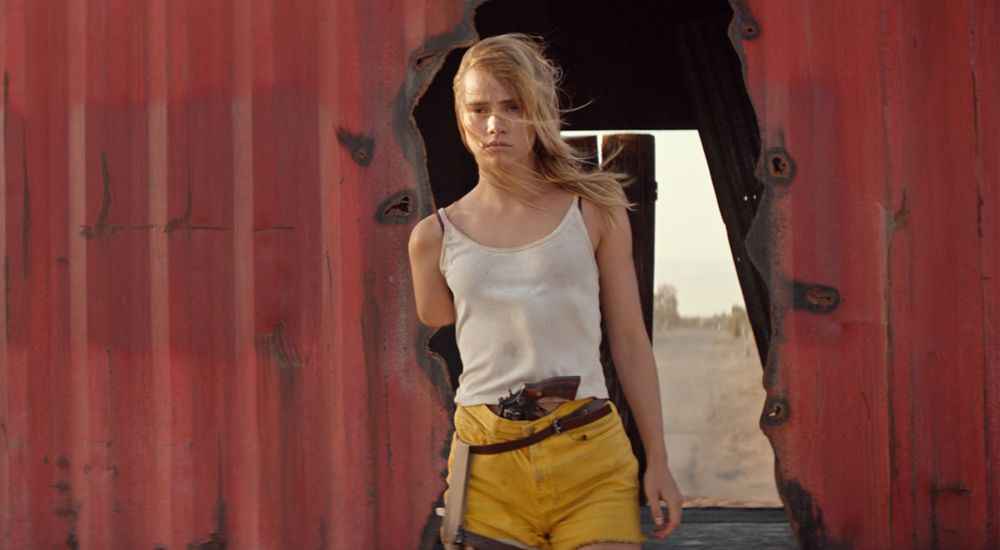 Suki Waterhouse plays Arlen, a woman who has been dumped in a sort of future penal colony where America tosses its unwanted, know as the Bad Batch. The lawless desert is compromised of tribes, the majority of them cannibalistic, and Arlen is fresh meat.

There’s a superb opening 20 minutes where Arlen is beset upon by a pack of flesh-eating BBQers reminiscent of the family in The Texas Chainsaw Massacre. Amirpour doesn’t hold back during this curtain raiser as limbs go missing and gore and filth are splattered upon the hot sand. The violence at this stage is delivered with such nonchalance that it’s wildly entertaining.

It’s a tough first day at the office for poor Arlen, who is a few limbs lighter after her run in with the flesh-hungry Guy Fieris. Fortunately she finds sanctuary in the cult-colony of Comfort, a sort of flea market town full of future hipsters and Burning Man rejects.

It’s here the movie plays its ace in the form of Comfort’s commander in chief Keanu Reeves (criminally short of screen time). Reeves is effortlessly cool, his ‘Follow The Dream’ cult-leader channeling Jim Jones and The Dude. Indeed, you can’t help but want to know more about the cult of Keanu and his machine-gun wielding army of pregnant disciples. 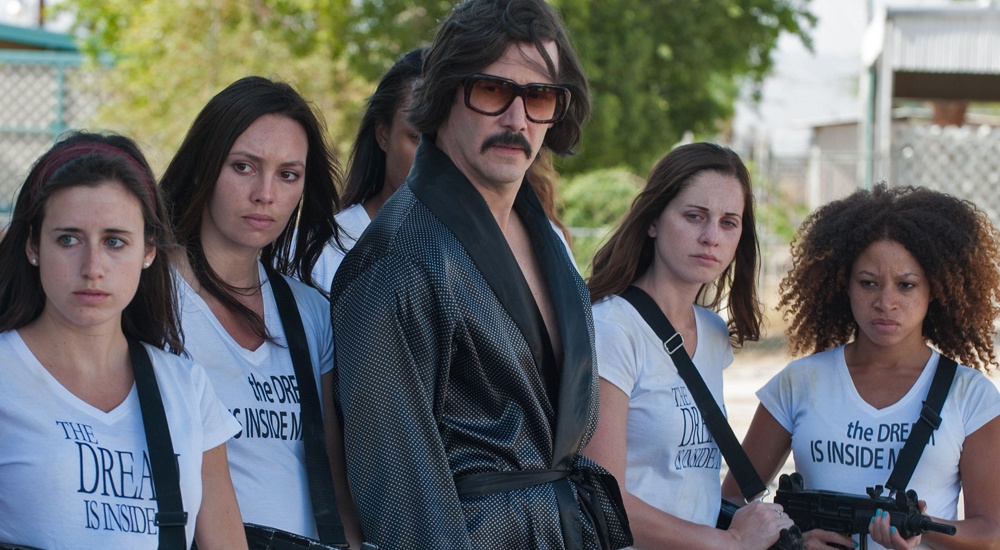 Arlen spends the rest of the movie haphazardly and very conveniently bumping into Jason Momoa’s wondering Mad Max type, who in turn conveniently bumps into Jim Carrey’s skinny mute hobo (is there a joke in hiring Jim Carrey of all people to play a mute?). Momoa, becoming a genuinely charming actor, is a compelling watch, even if he’s hiding his dialogue beneath a thick, mumbling (Cuban?) accent.

It’s Momoa’s quest to find his missing daughter that drives much of what narrative there is for the rest of the movie. Arlen, along for the ride on Momoa’s 80s motorbike, is both the cause of and the solution to his problems. Her motivations are never really explored. She’s just doing things and we follow her, doing things, until the credits roll. 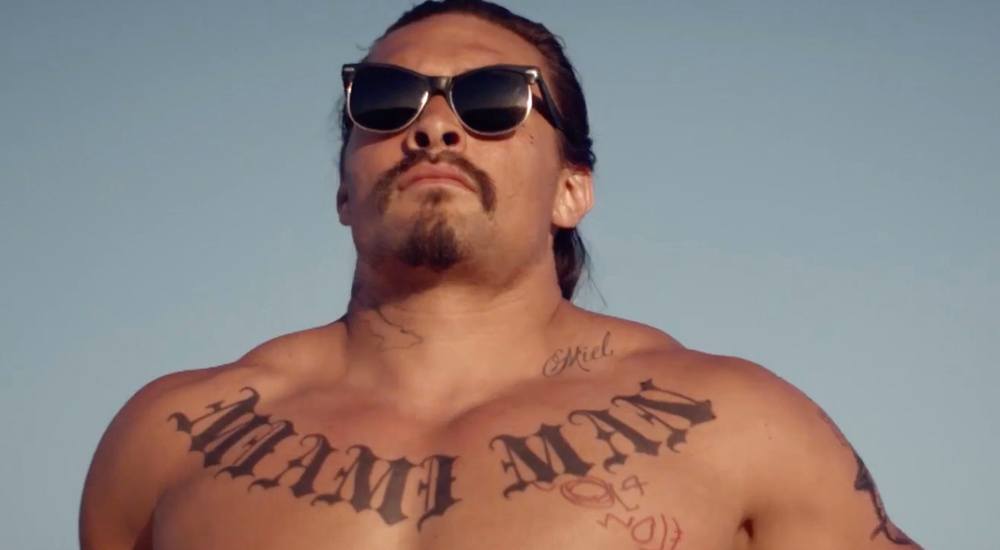 The film’s lack of a general narrative or logical protagonist or antagonist mean that you’re left with a sense of style over substance.

At times The Bad Batch can come across as very self-indulgent and self-absorbed. But there’s no doubt that Amirpour has a real eye and this is a stunning film that’s punctuated with desert-scapes, deft cinematography and a damn good soundtrack.

There is an excellent film in The Bad Batch somewhere, but it never finds its way to the surface. The age of Trump and social decay are subjects befitting Amirpour’s creation, but they’re too scattered to make an impression.

Instead, we’re left with a mesmerizing mess of eye catching scenes that almost make The Bad Batch an old school exploitation film. Without a doubt, alcohol (or some other vice) will elevate the viewing experience, which is an enjoyable one.

Ultimately, the movie can’t keep up with its own limbs-to-the slaughter opening act. Beautiful, wacky, cliched and not nearly as brutal, savage, or clever as it would have you believe.

The Bad Batch opens On Demand and in Vancouver at The Rio Theatre on June 23 and Vancity Theatre June 30. It is 118 minutes long and rated R.