After watching Terminator Genisys, I know what I’ll be dressing up as for Halloween. I’m going as a naked time traveling Terminator here to save the world; trust me when I say it’ll be scary.

The latest addition to the Terminator series is scary too, like in how God awful it is. Why couldn’t Hollywood just leave it at Terminator 2? There was no reason to touch that franchise unless you were James Cameron. Did we not learn anything from Terminator 3: Rise of the Machines or Terminator: Salvation? Apparently not.

Just when you thought there was some hope with director Alan Taylor, who did Thor: Dark World, breathing new life into the franchise, what we get is what I hope is the final nail in the coffin. Please? 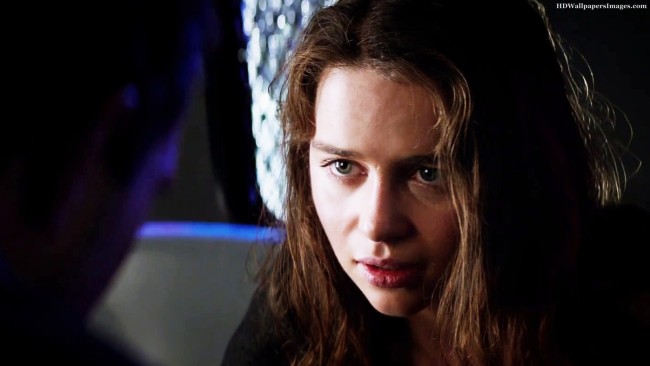 I don’t even know where to begin to describe how utterly horrible this film is. The plot is so convoluted with time travel, and in conjunction with a story that moves at a snail’s pace, it’s the longest and most confusing two hours of your life that you’ll never get back. It’s completely mind numbing and I’m not going to even try summarizing the plot for you.

Great Scotts! Films that don’t know how to deal with time travel should just stay away from time travel. I’m still scratching my head in trying to figure out the storyline, but afterwards I was told that you have to pretend Terminator: Salvation never happened. I think it’s safe to say that maybe we pretend Genisys never happened as well.

For a film that had a $170 million budget, how much of that money was actually spent on effects and how much was spent at the bar in New Orleans? Because there must have been a lot of drunk people who thought this film was going to be amazing, including James Cameron, who actually saw the film and said that it was fantastic.

If you go back to the original films they had some edge and heart, but Genisys is a watered down PG-13 piece of fluff that tries to keep you interested with some nostalgia, but they even fail at that.

Sure it’s cool that Schwarzenegger reprises his role as an old Terminator who is still protecting Sarah Connor (Emilia Clarke), but this time in an alternate timeline through made up science and magic. It’s rather hilarious to hear Arnie’s Terminator explain time travel while saying the word cellular. 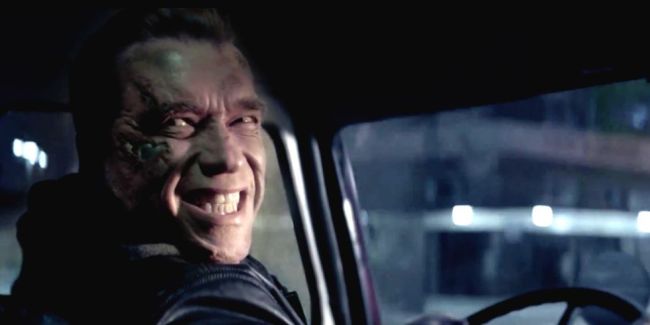 The T-800 that we know doesn’t smile nor does he have a nice guy personality. He is a kick ass machine that blows people up. I don’t want him to be called “Pops” as Sarah Connor now calls him. Stop screwing with my childhood!

It was a nice attempt, but the computerized 1984 version of Arnold didn’t look real enough for me to suspend my imagination.

I have nothing against smart use of CGI, but nowadays directors feel that the more computer-generated imagery you have, the better the movie will be.

Mad Max: Fury Road and the upcoming Mission Impossible: Rogue Nation are examples of how you can blend classical and modern filmmaking to make a great movie that doesn’t look like a cartoon. Terminator: Genisys also shows that we are not any closer to having CGI replace human actors and that’s a good thing.

Speaking of actors, someone should have told Emilia Clarke and Jai Courtney that just because they were in a movie about machines that they didn’t have to act like ones. They were cast to play iconic characters who we were supposed to care about, not cringe every time they spoke. That might’ve had more to do with the writing than their acting ability.

Courtney was especially awful at playing Kyle Reese that I was really hoping at some point one of the Terminators would just kill him off to put him and the audience out of its misery. I did like Jai in the Spartacus TV series but he may have put up one of the worst acting performances of the year in Terminator: Genisys.

Emilia Clarke, who we know as Daenerys Targaryen in HBO’s Game of Thrones, was not a great casting choice as Sarah Connor. They tried really hard to make her look like the Linda Hamilton version of the original James Cameron films, but Clarke is far too young and precious looking to be a tough Hamilton-esque Sarah Connor.

There is so much more I could say to hang this film out to dry. The foreshadowing in the storyline was far too obvious, and what the hell was the studio thinking in revealing the biggest plot twist in the trailer? 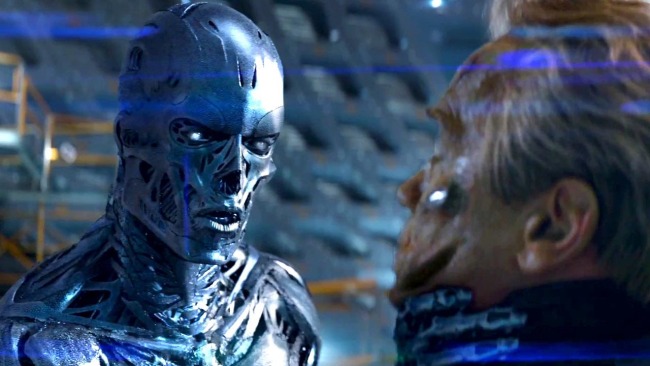 Many people thought that the reason they revealed John Connor (Jason Clarke) as a Terminator in the trailer was to act as a swerve for an even bigger twist coming. Nope. That was not the case. John Connor, who was the hero in all the films leading up to this one, is now a bad guy.

Apparently this was supposed to be a relaunch of the series and the beginning of a new trilogy. If you actually stay in the theatre to watch the entire film, stay to the end of the credits, as there is a scene that lets you know they might be looking to do another film. I really hope Skynet destroys us all before that happens.

As Arnold says through out the film, “I’m old, not obsolete.” This movie is both of those things.

Also, what was the deal in having 3D glasses? Honestly it’s not 3D. Not even close.

So now that you know how bad this film is, I can only give it 1.5 raindrops out of 5.

I went into this film with low expectations knowing it was a summer popcorn film that was supposed to be fun. I was ready for entertainment. Instead it was painful to watch.

None of what I wrote will stop some of you from going to the theatre and having your own judgement day. For the rest of you who are on the fence, if you have to watch this, wait for it on video on demand.

Save your theatre dollars for better films that are coming in the near future. Or just get naked and time travel to September where we start seeing the Oscar contenders.