It’s a risky project (save for the ample pay rise) for all involved. Capturing the youthful danger that made Trainspotting so thrilling to a generation of ecstasy-tripping 90s ravers wasn’t just going to be difficult, it’s impossible. 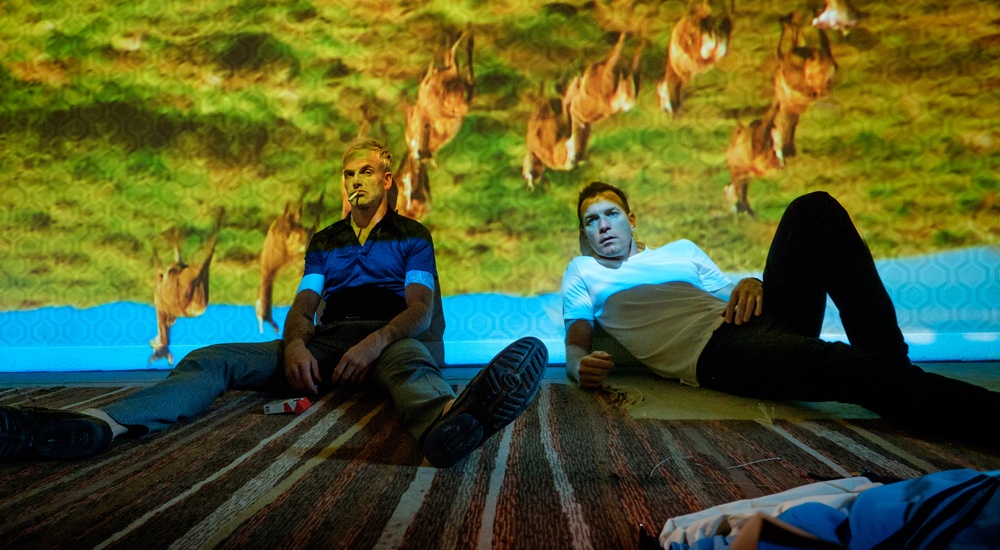 McGregor’s Renton has been missing for 20 years. He’s made a new life for himself in Amsterdam with the £20,000 he absconded with at the conclusion of the first film.

It makes sense that the movie follows Renton’s journey back to Edinburgh, not only because he’s been on the run, but because this feels like McGregor returning to both the world Trainspotting and to the country he was born in, Scotland.

The other three characters haven’t fared so well in the years since that night in a LOndon hotel room. Sick Boy runs a failing pub and a strap-on-dildo blackmail racket (yep you read that right), Spud still chases the dragon, and Franco’s planning a bloody prison escape. It’s Renton’s return to town that provides the catalyst for mayhem and soul searching for all involved. 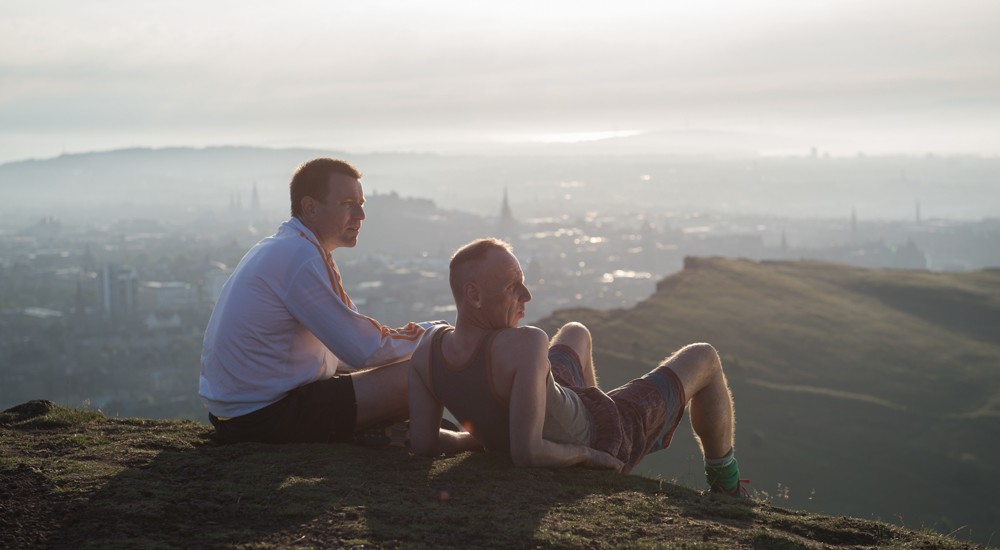 There’s not really a grand scheme to the plot. There’s no one last heist or big score. The story exists to bring the men back together (for better and worse) to revisit them as they are now. As the characters journey back to the dark corners of Edinburgh, Boyle begins to have wistful fun staging numerous botched capers while intersecting each with quieter retrospective moments.

It’s Spud’s story that’s the most endearing and engaging. Bremner delivers a great performance that slips constantly from slapstick to tragic. McGregor and Miller do well to slide comfortably back into the shells of Renton and Simon ‘Sick Boy’. Elsewhere Carlyle, who is on top scene-chewing form, has gone through a gangster transformation: From skinny 1996 Scottish De Nero to chunky 2017 Scottish Joe Pesci. The end result is a man who looks like he would eat babies for giggles. 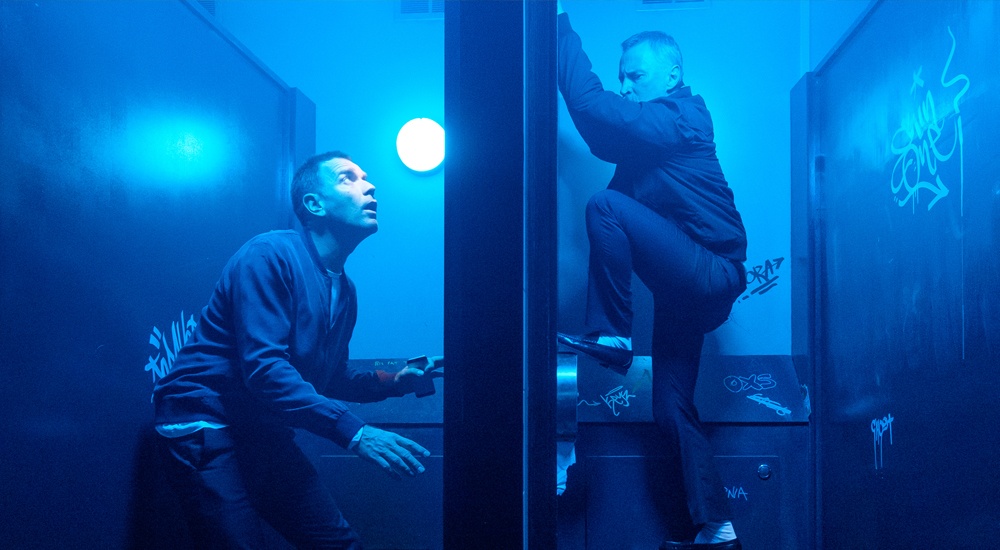 The visceral elements of the characters and their surroundings are all still there, but their actions, and the movie’s pace, have slowed down from its 90s peak. It makes sense of course. Everyone involved is older. That’s a fact that the movie can’t escape from: These are middle-aged successful actors. It was never going to be 1996 The Sequel. It is however to everyone’s credit that the characters feel genuinely like the same people.

High praise then goes to Danny Boyle. While this is no longer the work of a young edgy director, Boyle hasn’t lost a beat in terms of style and verve, even if much of it is superfluous (but oh so fun).

He does understandably struggle with the nostalgia element, whether to wholeheartedly embrace it or satirize it. The film does both well, but in the end it probably enjoys its own nostalgia more than it would like to admit. 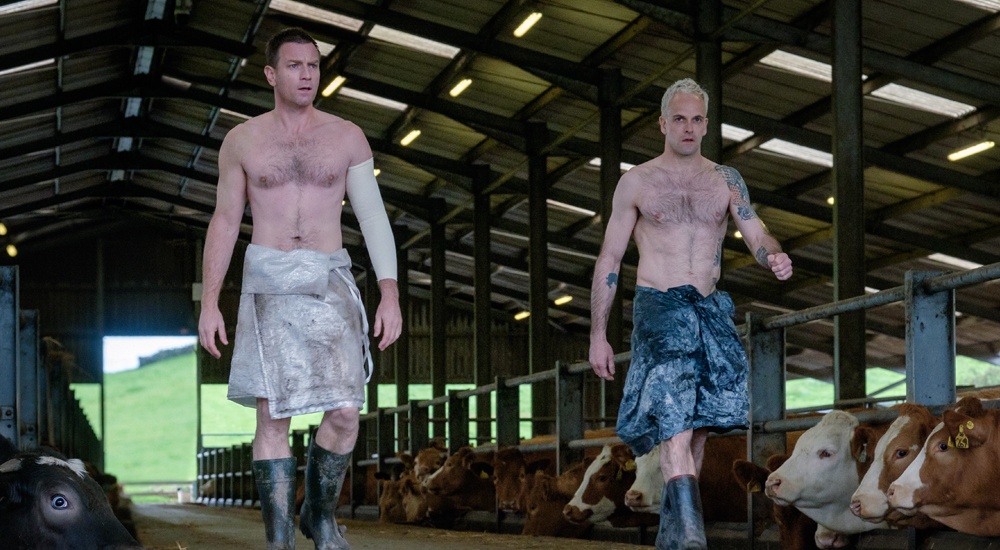 Detractors will note that the film doesn’t have anything new to say. Boyle does touch on a couple of hot British topics: Immigration, failed social planning, social media, and gentrification. Each gets a fleeting touch, but it seems forced. There’s also no progression of female characters. The only female role of note, Veronika, a Bulgarian prostitute, is given little to do but is performed with heart and grace by Trainspotting newcomer Anjela Nedyalkova.

In the end T2 Trainspotting could have been more. There’s so much to modern British society for these characters to get in to. But Danny Boyle is just too damn smart not to make what is on screen highly entertaining, visually beautiful, and when needed, wholly emotional.

If nothing more, you’ve waited 20 years to see these four goons together again, and seeing them reunited on screen is worth the admission fee. The sum of its talents makes it more than T2 The Force Awakens, but it’s apt that the film’s central conceit is how little we change or actually want (to) change.

A movie drug worth passing around (not actual drugs, please don’t do those).

T2 Trainspotting plays in Toronto from March 17, Vancouver and Montreal from March 24, and Calgary from March 31. it is rated 18A and is 117 minutes long.