Suicide Squad is actually the perfect name for Warner Brothers as they once again put a gun to their head while trying to create their DC Extended Universe, or the DCEU as the kids call it.

Now before we get carried away, and DC comic book fans start a petition to shut down Daily Hive, Suicide Squad wasn’t as terrible as this year’s Batman v. Superman: Dawn of Justice. But that’s hardly a ringing endorsement. 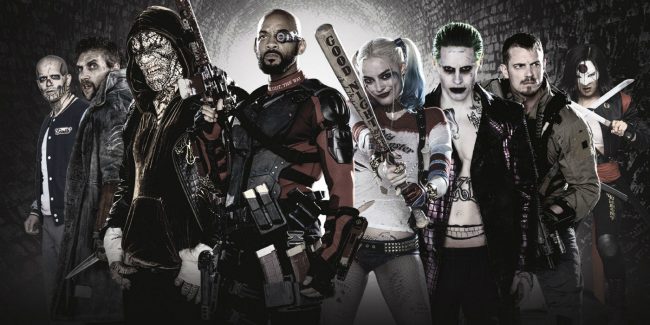 I really want DC fans to have nice things, and comic fans everywhere deserve a well told Suicide Squad story on the big screen. It’s frustrating for me as someone who loves the genre to see the DC Extended Universe get kicked around. Meanwhile, my Marvel fanboy is in the corner laughing with sick enjoyment. 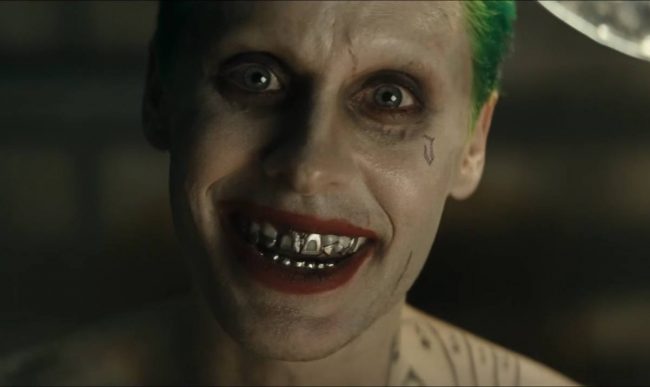 Suicide Squad was written and directed by David Ayer, but let’s be honest, it was written and directed by a lot of people. Plenty has already been written about the chops and changes that were made during production and the end result seems to be a classic case of too many cooks in the Warner Brothers kitchen. I can picture a few Bill Lumbergs walking around the set with a mug of coffee in hand going, “If you could go ahead and make this movie more like Guardians of the Galaxy, that’d be greeeaaat mmkay.”

But back to the film. This story is about “the worst of the worst” of supervillains who are brought together to create a US Government covert task force, whose mission is to destroy terrorists, monsters, and aliens. Armed with really dumb classic rock riffs and cheesy dialogue, this crew of misfits are sent on a suicide mission to save the world from another magical baddie named Enchantress (Cara Delevingne) 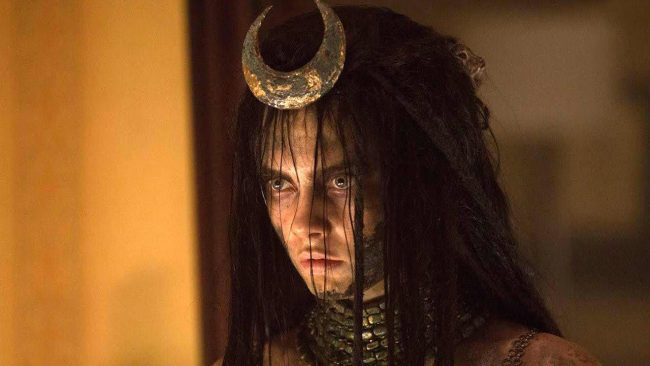 This evil witch, who spends most of the movie gyrating to some weird magic dance, wants to blow up the world, with her swirling ring of trash in the sky – apparently because people spend far too much time on their cell phones instead of worshipping her holy deity. I’m not joking, that’s the premise.

But that’s just one example of the awfulness. The writing is generally terrible. The film spends a lot of time jumping around with flashbacks and unnecessary backstory. I found that in a lot of the scenes it’s unclear what the character’s main motivations are and why it matters. I was actually pretty unclear what the plot was too.

It’s not like the acting performances were terrible. Will Smith actually does a decent job as a gun-wielding assassin named Deadshot, who also has a soft spot for his daughter. Viola Davis is a true thespian of the highest order, but she can’t be expected to make chicken salad out of chicken s#*t. She was actually the true villain in the film while the other super-villains seemed far too tame and likeable. 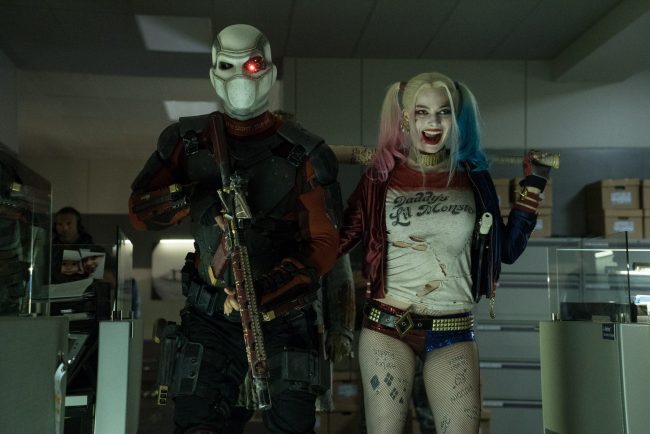 Margot Robbie had moments of Harley Quinn brilliance that were completely wasted. She was one of the very few bright spots in the film until the third act when even she eventually fell victim to shoddy storytelling. The rest of the cast were glorified extras and that includes Jared Leto’s Joker.

Oh, the Joker.  Never would I have expected to see a Joker that was a slimy strip club owner/ gangster, rather than the brilliant sociopathic agent of chaos that we’ve come accustomed to in the books and movies.

In this film, Leto tries too hard to make Joker super creepy but it comes across as overacting and not at all interesting. Why do supervillains always have to be over the top? Sometimes less is more.

To be fair, he wasn’t in the story long enough for me to get a really good read on what he was trying to do with the character, apart from set himself up for an inevitable appearance in a new standalone Batman film. 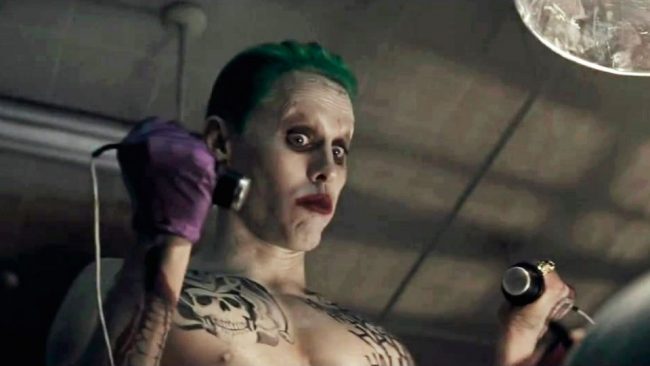 Everything about this generic action film feels like it was micromanaged to death. You can’t blame Warner Brothers for being a bit protective over their large investment. It’s rumoured that they need the movie to make around $800 million worldwide in order to hit its break-even point. It’s doable but it will take time, like it did for Batman v. Superman.

That said, how much money a film makes is a pretty superficial way of measuring success. This is art, and when the focus is solely on money, that’s when art can sometimes become compromised. 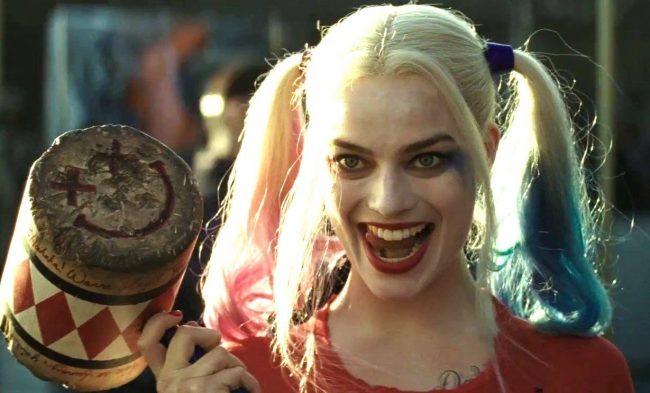 There’s no doubt that there were best intentions in mind when making these movies, and nobody wants to see their film get panned by critics on such a large scale. Trust me, the higher ups at Warner Brothers are not happy with the continuous negative reviews on the very expensive property.

A lot of these studios are forced to look to up-and-coming directors because of costs and the fact that more seasoned directors don’t want to do comic book adaptations. David Ayer has made some good films in the past like Fury, but this one doesn’t feel like he truly had a chance to put his stamp on it.

Overall, Suicide Squad is a mess, and certainly not a hot one. It might make some dough, but there is no way I can say this is a great film by any stretch of the imagination. 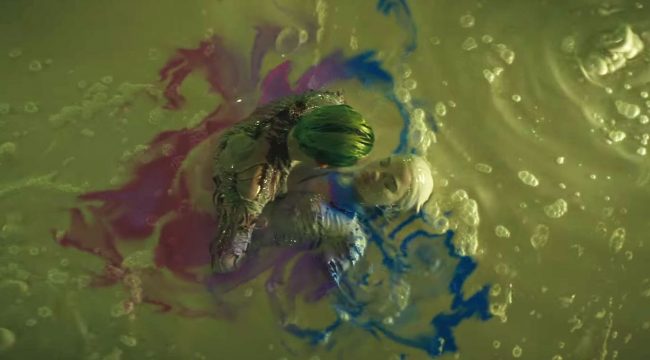 Maybe Wonder Woman can fly in and lasso a hit for the franchise next year and put everything back on the rails. Maybe Warner Brothers will think long and hard about what went wrong with this one, and hopefully, learn in time before their Justice League films are put into production. It’s just too many ifs and maybes, and not enough certainty and hope for the DCEU.

All in all I’m giving Suicide Squad a two out of five. Go see the film to make your own mind up, and if you disagree with my take let me know. The film is now playing at a theatre near you and is rated PG-13.