Try singing the Spongebob SquarePants theme song and allow it to get trapped inside your head. It’s catchy and who doesn’t like Spongebob?

Who lives in a pineapple under the sea?
SpongeBob SquarePants! 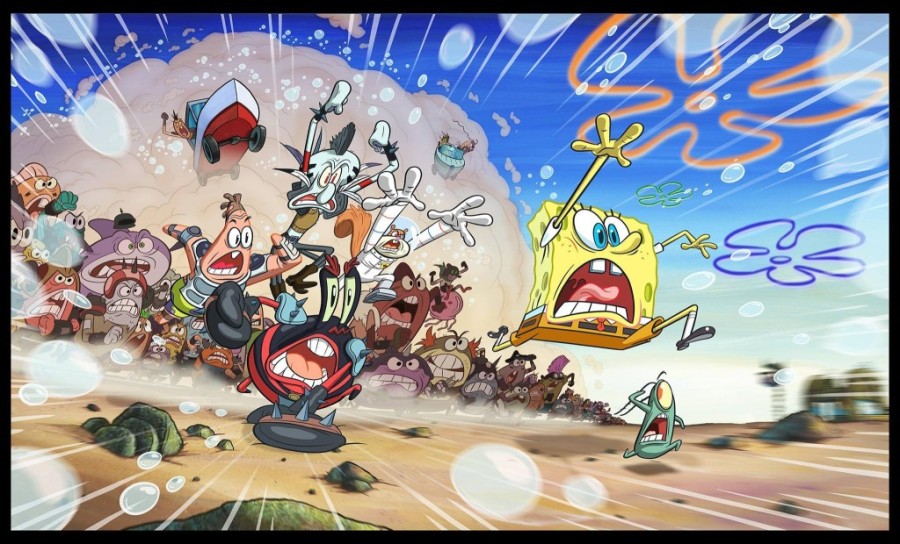 Whether you have kids and turn the Nickelodeon cartoon staple on because anything is better than that little bald headed freak Caillou, or because you find yourself drunk and stoned at 1:00am, Spongebob and his band of fishy misfits of Bikini Bottom are good clean fun. They’re at it again with their second feature The Spongebob Movie: Sponge out of Water.

I packed along my seven-year-old “lil reviewer” who always comes with a Hello Kitty notebook ready to jot down her thoughts. Lil reviewer’s in depth film analysis is what will make or break a kid’s movie. If you have not read her insights on Paddington, make sure to check out her thought provoking critique.

Antonio Banderas plays an evil pirate named Burger-Beard who steals the top-secret formula for the scrumptious Krabby Patty to start his food truck/boat franchise near the beach. Of course Bikini Bottom goes into full out pandemonium and anarchy. As Mr. Krabs put it, “Welcome to the apocalypse. Hope you like leather.” 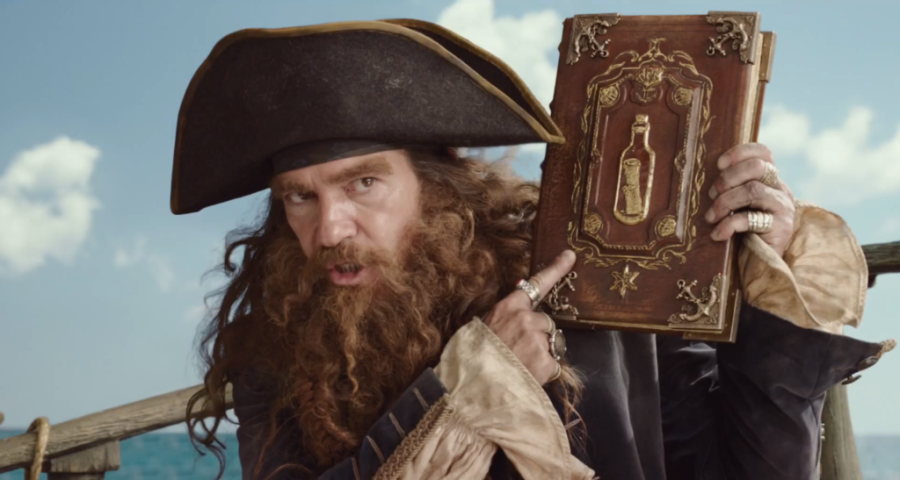 In order to save Bikini Bottom from complete destruction and mayhem an unholy alliance is forged between Spongebob and his long time evil nemesis Sheldon J. Plankton. What transpires after is a exploration into Spongebob’s yummy brain and eventually an interstellar trip to space where they meet a guardian dolphin named Bubbles who’s sole job is to make sure Saturn doesn’t crash into Jupiter.

Eventually a super team of Spongebob, Sheldon, Patrick, Mr. Krabs, Sandy and Squidward come together for “Te-am” work as they hit dry land to try and reclaim the valuable Krabby Patty recipe and bring balance to the force. We go from standard animation to real life 3D that gives us a fantastic third act. 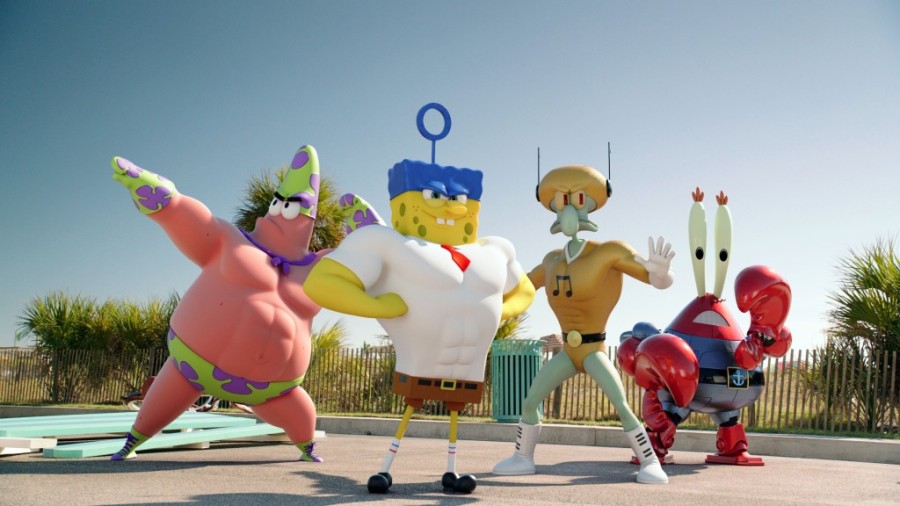 The film is fun and what is so great is that there are laughs for everyone. There are some little references to Stanley Kubrick and they even take some subtle jabs at pop culture.

I’m not sure if there is a message but there is the same zany humor that has made Spongebob a hit for the last fourteen years. God we’re old. In the end, if you’re a fan of the TV show, you’ll love the movie.

So I grabbed my lil reviewer’s notes and got this raw and unedited nugget of what she thought of the film.

That is the kind of hard hitting reviews you get here folks. She even gave me a picture that she wanted me to include in this review. 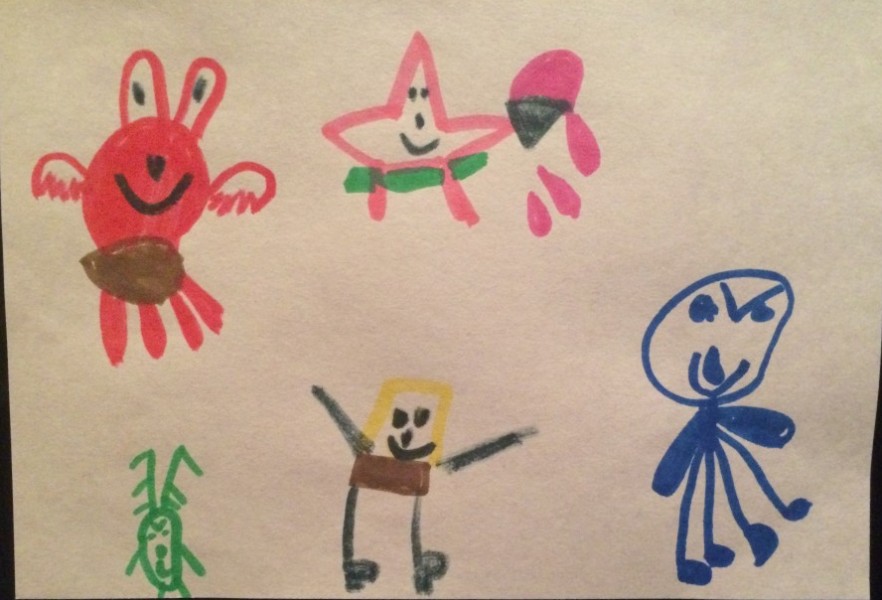 So how many raindrops does The Spongebob Movie: Sponge Out of Water get? After some dinner consultation we gave the film 4 out of 5 raindrops. The film is rated G and is great for a family date night at the movie theater. It is worthwhile to grab the 3D glasses on this one. 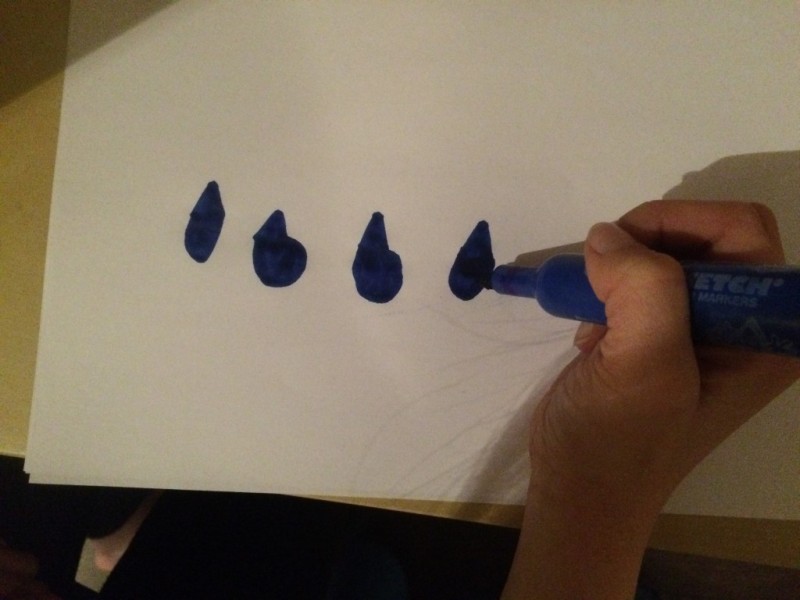