In case you weren’t sick of talking animals this year, the animation studio that just brought us Secret Life of Pets now gives us animals who can sing and dance.

Illumination Studios just released their second animated film of the year Sing. Think American Idol but for cute furry little animals who can belt out Katy Perry and Frank Sinatra. 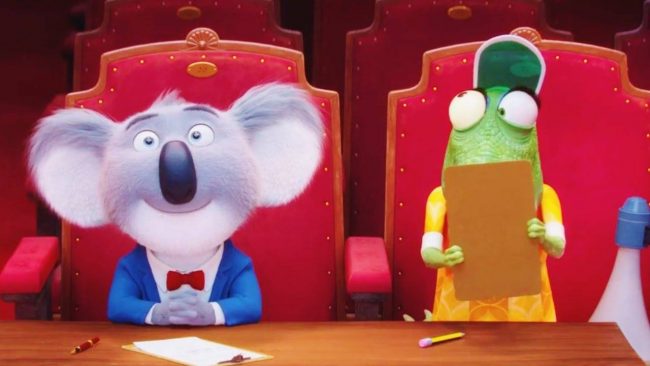 Director Garth Jennings (Son of Rambow) is the man who is in the director’s chair, but with an all-star cast like Matthew McConaughey, Reese Witherspoon, Seth MacFarlane, Scarlett Johansson, John C. Reilly, Taron Egerton and more, you knew that this was a family animated feature that wasn’t messing around.

Matthew McConaughey, who already lent his voice to one of the year’s best animated films in Kubo and the Two Strings, plays the starry-eyed theatre owning koala bear named Buster Moon.

It’s been tough times for Buster who is trying to save his theatre from creditors and needs a big hit to bring the audiences back. He comes up with his brilliant idea of putting on a singing competition where the winner receives $1000 in prize money that’s accidentally advertised with far too many zeros as $100,000. Oops.

Of course with that kind of moola on the line, animals from everywhere show up to audition. We have a pig who not only has a great singing voice but is also a lonely house wife named Rosita (Reese Witherspoon). Of course there is a gorilla from the wrong side of the tracks named Johnny (Taron Egerton), and let’s not forget about Ash (Scarlet Johansson) the punk rock porcupine who brings her edge and a non conforming attitude.

There is also a smooth lounge singer mouse named Mike (Seth MacFarlane) who brings the gift of gab and a temper to boot. Each member of Buster’s dream team can belt out a tune but they also come with their own personal baggage. 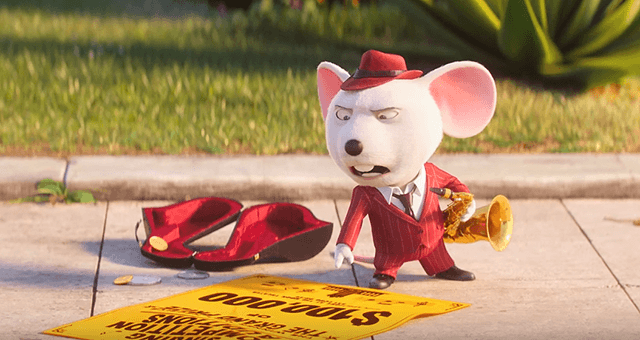 All the voice work in this movie is great with a lot of the cast singing their own tunes. We already knew that Seth MacFarlane can not only voice Stewie on Family Guy, but can also hold a tune and in this film he effortlessly does a rendition of “I’ll Do It My Way.”

I was actually quite astonished in how great Scarlet Johansson sounded with her original track “Set It All Free” which I feel is one of the best songs of the bunch.

In case you didn’t know how great the young Taron Egerton was, he plays a gorilla who doesn’t want to become a thug like the rest of his criminal family. Instead, all Johnny wants to do is sing and perform even if his father doesn’t approve of his artistic aspirations. Egerton knocks the musical numbers out of the park with his smooth and soulful sound.

This is a pretty fun film that doesn’t have the political or social overtones of Zootopia, Sing still packs a bit of punch when it comes to emotional beats even if at times it comes off as forced or artificial. 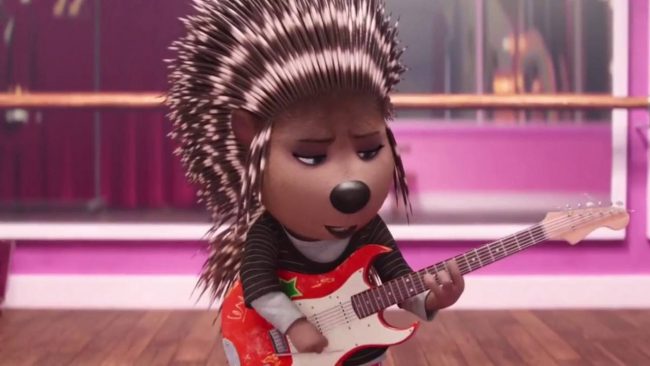 The animation is gorgeous with vibrant colours and dance movements that are super smooth. There really isn’t any animation tricks that will blow you away and it’s nothing we haven’t seen before, but if feels like most of the budget was spent on the music and voice talent.

Sure the story might be somewhat formulaic, but honestly, kids don’t care. As long as there is a message parents will dig like the old adage of “go and chase your dreams” or “be yourself!” that’s all that matters. The key here is teaching kids the importance of individuality and self-confidence.

Speaking of parents, this isn’t a film that is just directed at kids. Adults (kids at heart) will enjoy the songs and some fleeting moments of humour. This won’t compete with the some of the other animated powerhouses we have already seen this year, and although this is a pretty straight forward story, it’s presented in such a simple and entertaining way that I feel that the idea of less is more works here. There is no deeper meaning, there is nothing that will make you ponder the complexities of life.

One thing 2016 has been great for is family entertainment and Sing ends the year in how we started it. I would say that this has been one of the best years in cinema when it comes to wholesome family fun, and there is nothing wrong with that in my books.

Sing not the best animated film of the year but most people will enjoy it for what it is. It has catchy tunes that will make you want to own the soundtrack for a little happiness to start your 2017.

Sing gets 3 pieces of joyful popcorn out of 5.

The film is playing at a theatre near you, rated PG and is 108 minutes