There are three or four movies going on at any one time here including a haunted house caper, Parisian fashion satire, murder mystery, and (weirdest of all) iPhone train drama.

But this isn’t an anthology movie.

And while Personal Shopper itself lurches from genre to genre; there’s one thing that knits its diverse pieces together, and that’s a captivating performance from a never-better Kristen Stewart. 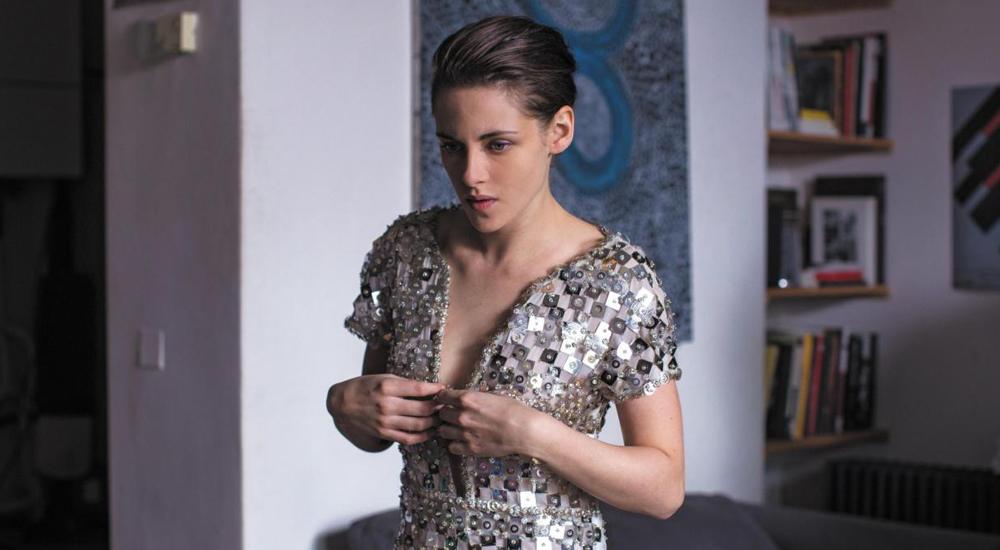 There’s simply no pinning Personal Shopper down. But if I had to attempt a Netflix blurb I’d go with: ‘Identity struggling, celebrity-hating PA moonlights as spooky pukey ghost medium, searching for iPhone-possessing murderous dead brother in Paris, London, and…Oman?’ A description that’s every bit as outlandish as the finished film.

The movie opens with American personal shopper Stewart (far too interesting to be called Maureen, even by hipster standards) mincing about an abandoned French mansion waiting to hear from the spirit of her recently deceased brother.

This part of the film is effectively eerie enough, if very formulaic. There’s even a vomiting CGI ghost for you to look forward to seeing on screen. But, just when you begin to fear that the movie is descending into paint-by-numbers on-demand schlocker territory, Assayas shifts gears.

Suddenly the tone changes and we’re in Paris exploring and satirizing the elitist consumerism and celebrity couture of Maureen’s fashion model employer. 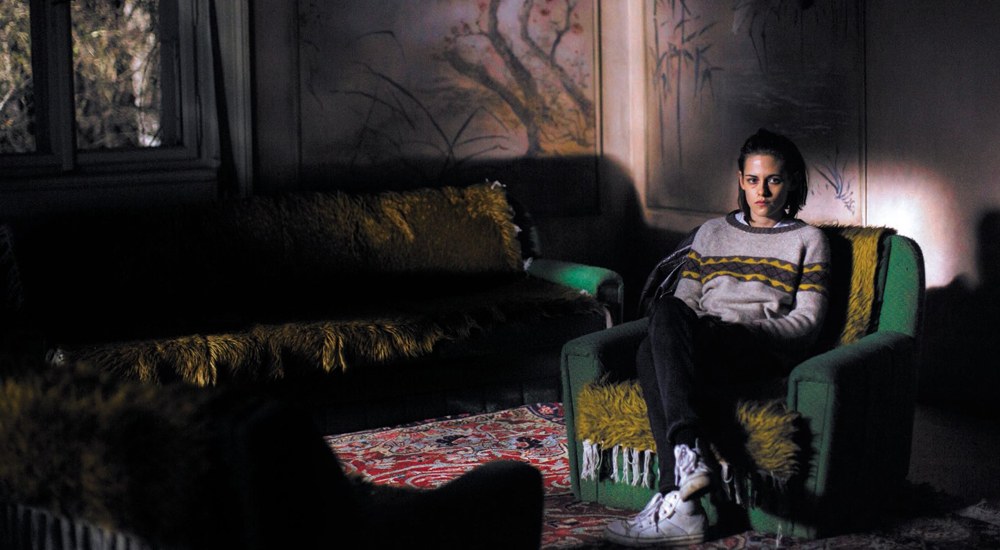 This stuff is pretty good, so much so that I almost forgot about the sight of a spectre emptying its guts on the floor. However, like a demented Mary Poppins, Assays then drags his audience and leading lady away again, this time onto a train to London, where he indulges in a 20-minute short film intermission sponsored by Apple.

This is where the film is arguably at its weakest. Some will hail this texting-on-a-train section as subversive, but it isn’t. At least not when it’s drawn out and beaten to death like it is here.

Business picks up again however when Maureen, back in Paris, discovers a particularly nasty murder scene in her boss’ apartment. And it’s here where both the film and Stewart truly fly. 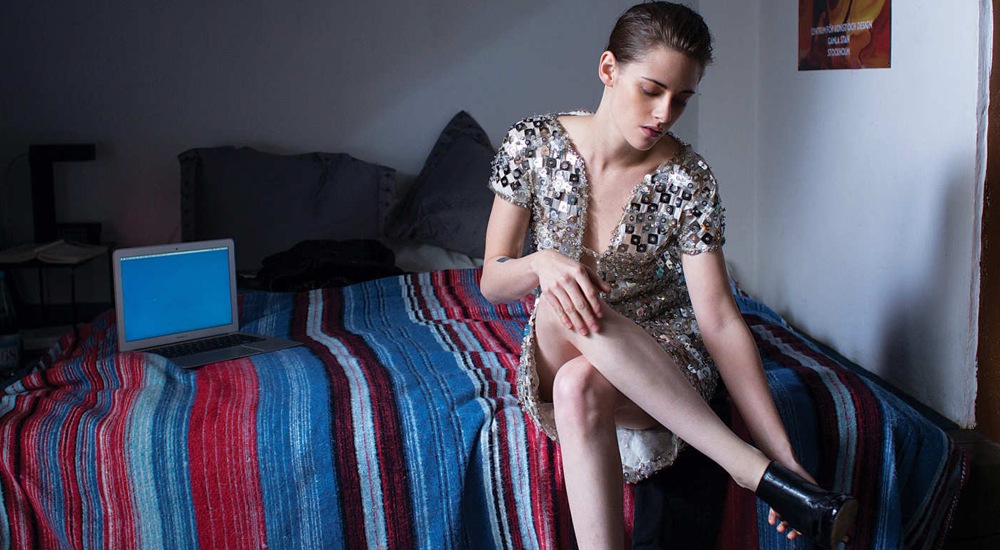 The third part, or ‘murder mystery’ section of this genre-bender has the best meat for Stewart to chew on. Here Maureen wrestles with her identity as a woman, her role as a personal shopper, and her sexuality (although where her sexual preference lies on the spectrum isn’t divulged or important).

It’s strong stuff, and these scenes show what an excellent actor Stewart has become. She oozes depth, inner turmoil and complexity, and that’s without any dialogue. In fact, Personal Shopper is at its best when Stewart conveys her inner struggle during the film’s quietest and most intimate scenes.

Personal Shopper is as hot as it is cold. It’s not as clever as some will laud it, and it’s not a total mess to be discarded. It’s fun, boring, and touching, but Kristen Stewart is the glue and engine that keeps all of Assays’ ingredients together and palatable. I like it, but I couldn’t drink a whole one.

Personal Shopper plays in select theatres from March 24, is rated 14A, and is 105 minutes long.