If superhero and monster movies aren’t your thing, My Cousin Rachel is a smart counter-programmer for the people who love intriguing mysteries and quality filmmaking.

Hey, there’s nothing wrong with the mega blockbuster at this time of year but that doesn’t mean we should ignore the smaller films that get buried beneath the spectacles. 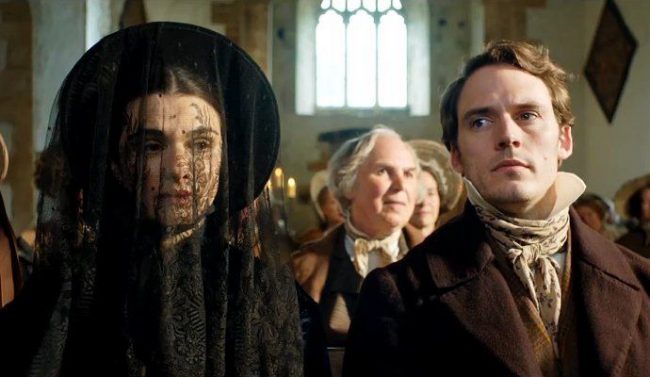 There is always room for solid storytelling and My Cousin Rachel was written by Alfred Hitchcock’s favorite novelist Daphne du Maurier who most famously wrote “The Birds,” “Jamaica Inn” and “Rebecca.” Both du Maurier and Hitchcock’s mysteries always contained suspense and most certainly a great twist.

So when director Roger Michell (Notting Hill) was given the challenging task of taking the popular source material and putting it on the big screen, he knew he had to have a strong cast and he definitely found that in Rachel Weisz, Sam Claflin, and Holliday Grainger.

This is very much a character driven story and although it lacks a golden lasso and big explosions, it more than makes up for it with a compelling mystery about a young Englishman named Phillip (Sam Claflin) who believes his older cousin, who’s also his guardian, was killed by a supposed gold digger named Rachel (Rachel Weisz). However, as Philip investigates the matter, he starts to fall in love with the woman he once thought to be a murderess. 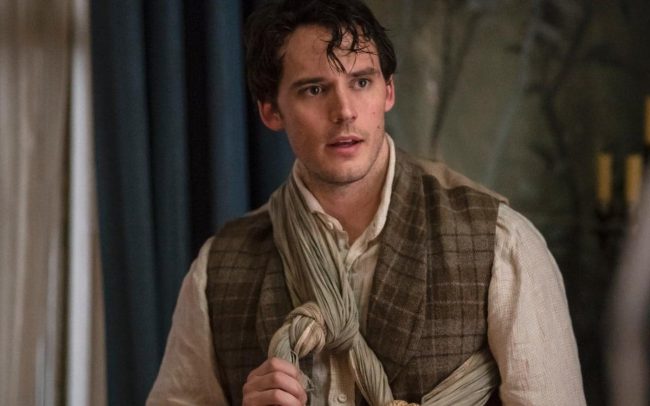 There is a bit more to the story than that, but the film’s appeal is going into this one blind. As the story rolls along, the mystery deepens and just when you think you have it all figured out, there is the Hitchcock’ian type twist that leaves you baffled and probably arguing about the meaning of it all with your friend on the ride home.

What can’t be argued is how gorgeous this film looks on screen. Cinematographer Mike Eley does a beautiful job of setting the mood of the early 1800s England with the grey English skies, gorgeous countryside and aerial views of those famed seaside cliffs of Cornwall. It’s a visual treat with a perfect period sense aided by Rael Jones’ powerful piano score. All of that creates the perfect atmosphere of creepy suspense that builds throughout the film. 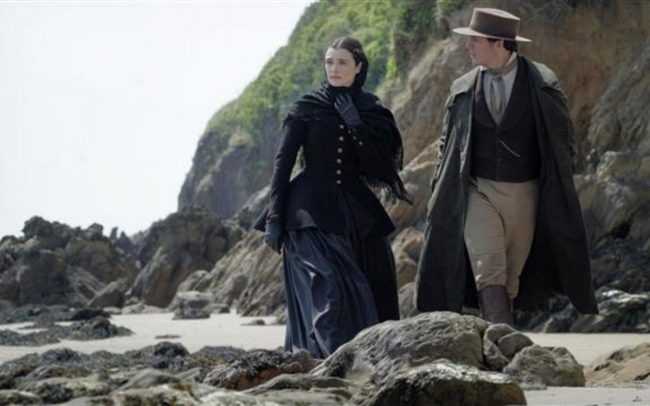 None of that would mean anything without some solid performances from the main actors. Both Sam Claflin and Holliday Grainger are standouts and give very strong performances. But it’s Rachel Weisz who delivers another career-defining role.

Weisz is perfect as Rachel who is both sensual and sweet yet controlled with a steely demeanor. Although she doesn’t make her appearance until 20 minutes into the film, there is a feeling of anticipation and mystery that surrounds her and Weisz does an incredible job of playing on that. This story encourages us to jump to conclusions without knowing all the facts. Is Rachel a sex addict? A murderer? A witch? Weisz keeps us guessing before we can decipher for ourselves who she truly is.

Even though Daphne du Maurier’s novel was written in 1951, the story deals with the power dynamics between men and women and that’s something that echoes strongly in today’s modern society. But all of that aside, this isn’t a perfect movie. It does have moments that seem to drag and it most definitely was missing more spice and edge as I feel the PG-13 rating hurts this film a bit. 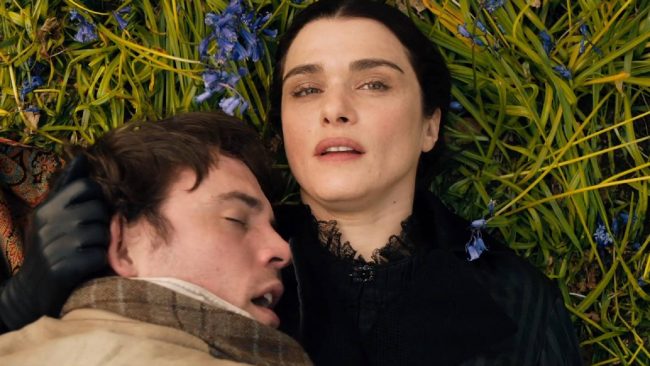 While some of the spectacle summer films distract you with piss poor CGI and overhyped superhero drivel, it’s comforting to know that there is still graceful storytelling that has not been entirely lost in this explosively violent, and cartoonish modern age of cinema.

My Cousin Rachel is a good old fashion mystery that will probably get lost in the blockbuster shuffle but mark it on your list if you like these period dramas that keep you guessing.