In a marketplace oversaturated with men in tights and CG spectacles, the new romantic drama Me Before You dares to break through the blockbuster numbness with (gasp!) actual emotion.

Me Before You isn’t exactly a groundbreaking entry in the genre, and it likely isn’t going to sit alongside The Notebook as a go-to classic. Its execution could probably be described as pedestrian (at best) and its technical merits are passable if unspectacular. But for 110 minutes, the critical part of my brain was able to take the evening off while my heart gave the romantic pair at the centre of it all its full attention. In this regard, I enjoyed the film far more than the over-praised and similarly themed The Theory of Everything. I didn’t burst into tears like much of my fellow audience members did. But I did feel all the feels and didn’t care much about any sort of manipulation or story contrivances. Sometimes it’s just nice to celebrate love for the sake of love. Cynics should best sit this one out. 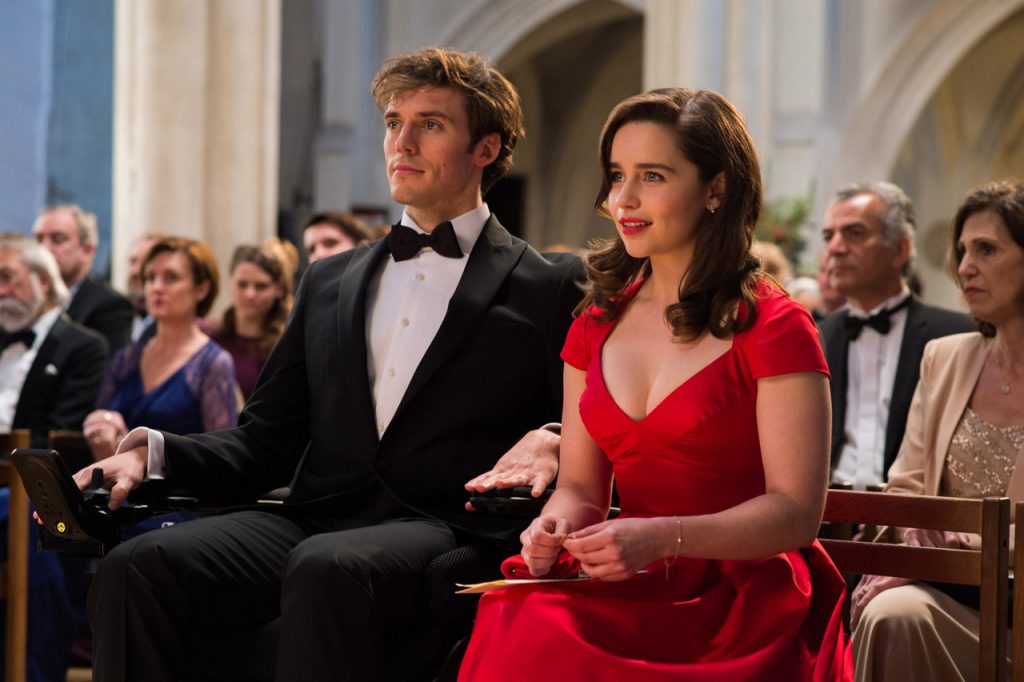 Paralyzed from the neck down after being struck by a motorcycle, affluent British man Will Traynor (Sam Claflin) lives quasi-reclusively the countryside and is cared for by his nurse and his supportive parents. Local small town girl Lou Clark (Emilia Clarke of Game of Thrones fame) is at the exact opposite end of the societal spectrum. Desperate to keep her family above the poverty line, Lou jumps at the chance to fulfill a six-month term as Will’s personal caregiver despite having no former experience or any real knowledge about his condition. Will abrasively keeps Lou (and most everyone) at a distance – a complete. But of course, Lou might be the one to break through his closed-off exterior and bring warmth and joy back to his heart.

Lou’s spirit may best be described as “happy-go-lucky” and her disposition is rarely anything other than sunny. She’s a character who genuinely loves life above all else and her infectious spirit eventually helps bring out the very best in Will. Once they finally open their true selves up to each other, the wall Will’s kept up for so long dissipates. But sadly, this star-crossed duo has an enemy living inside Will’s own head that they must combat to love another day. 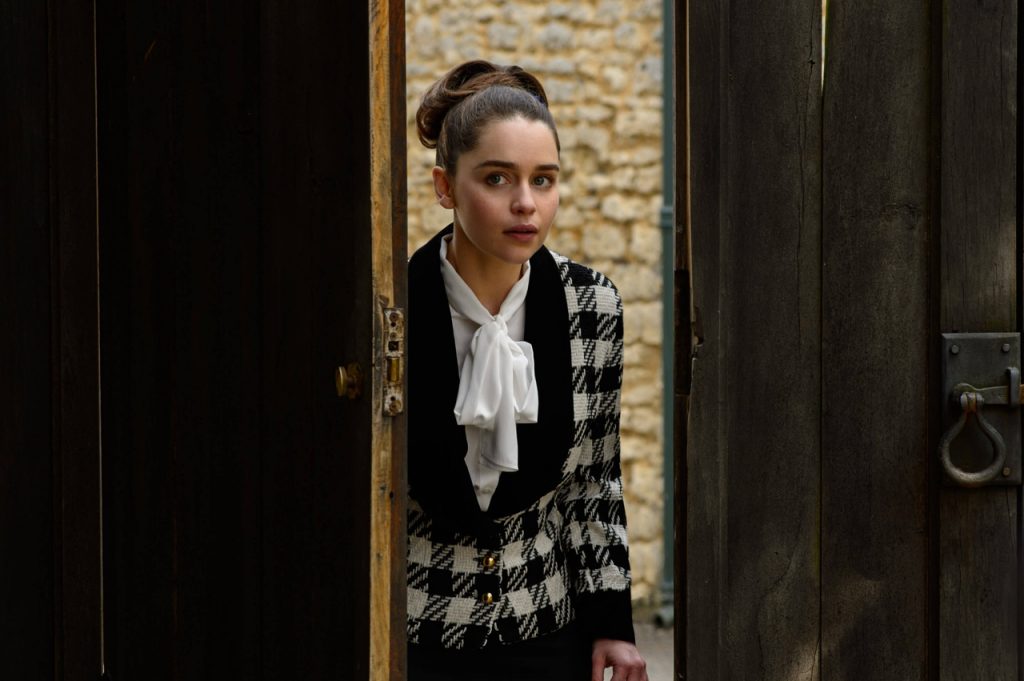 There isn’t much that director Thea Sharrock (in her feature film debut) does to wring any truly earned emotion with her use of cinematic language. The name of her game is mainly to just set the camera up and let the pretty people and scenery do their thing. It would be easy to judge the film for its lack of artistic or cinematic merits, but it’s not necessarily dragged down below the passing grade point. It isn’t a piece of high art – it’s a tearjerker designed from the first frame to sucker punch you in the tear ducts. Sharrock does use about six too many montages set to songs with often cringe-worthy lyrics that hit the nail on the head.

The least involving moments of the movie are those shared between Lou and her boyfriend Patrick (played by Matthew Lewis, a.k.a. Neville Longbottom from the Harry Potter series) whose only interest in life is physical fitness. Despite being perfectly fine sparring partners, their storyline adds nothing to the overall experience and is an unpleasant dead weight that could’ve used some trimming. Alternatively, more time could’ve been offered to Will’s parents (played by Janet McTeer and Charles Dance). McTeer in particular really digs deep in her role; both character and performer are sadly underutilized. 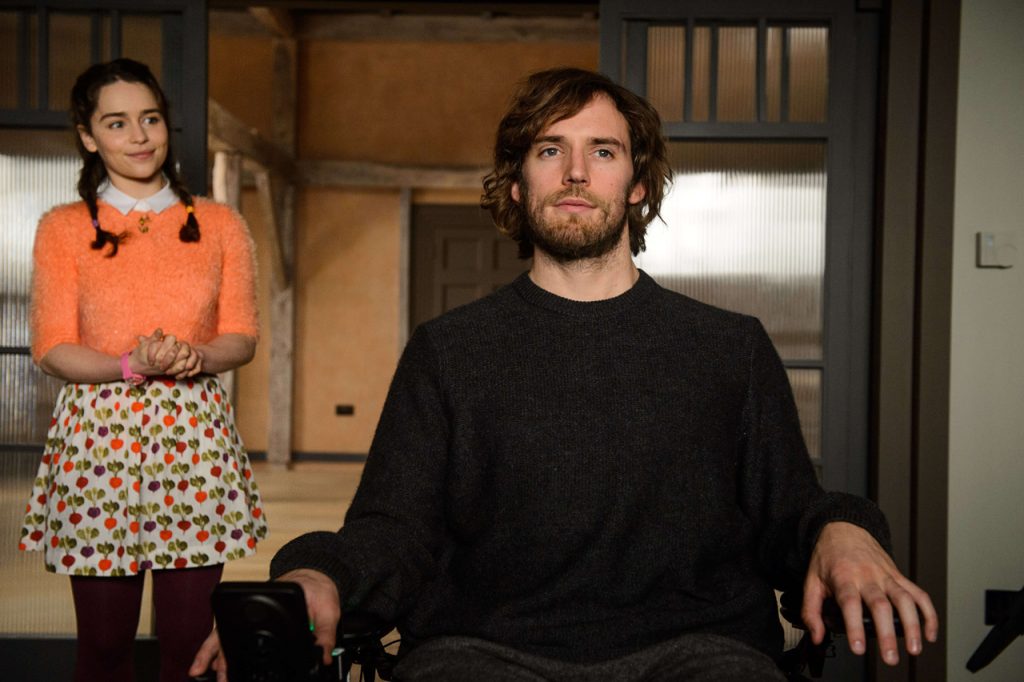 The talented cast does its absolute damndest to make you care about the relationship between Will and Lou, and the fruits of the effort are apparent in every flying spark between the two. Major kudos has to be given to both Claflin and Clarke for their commitment to the heart at the source of the material.

Me Before You does manage to subvert expectations in a couple of ways. It’s also sort of refreshing how many romantic movie tropes are sidestepped in favour of giving Will’s condition (both physical and mental) a more delicate touch. Instead of a sexual opponent or overbearing families driving these two apart, the obstacle preventing their lifelong happiness exists solely in Will’s head. Will’s wrestling match with his demons – which are justifiable results of his unfortunate accident – makes for the type of introspective consideration not normally found in this genre. 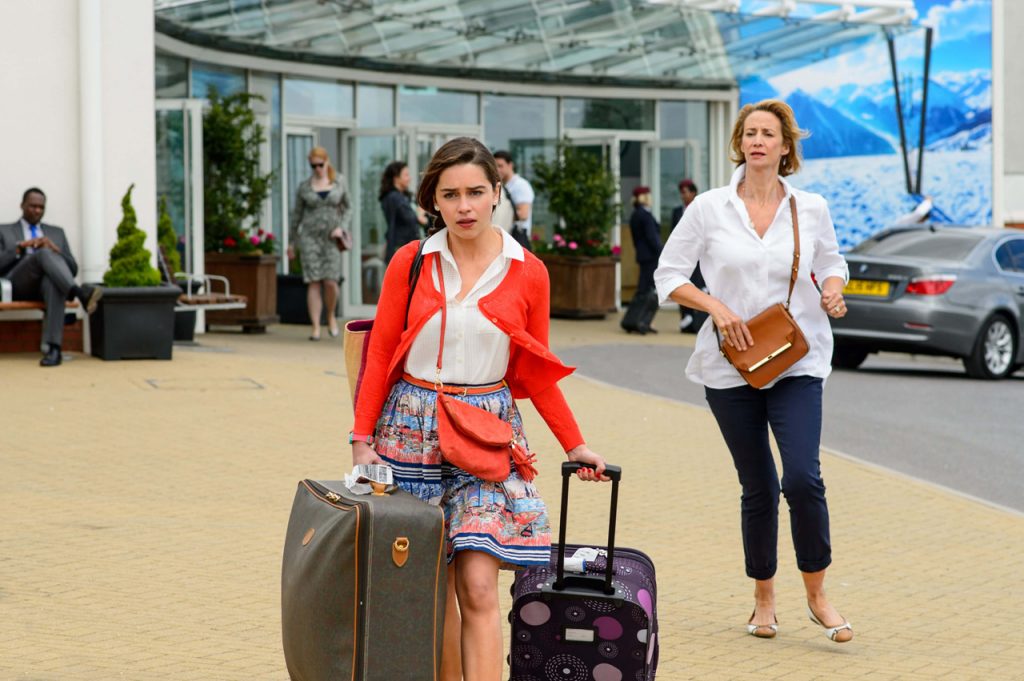 Based on screenwriter Jojo Moyes’ novel of the same name, Me Before You is hardly essential viewing. But for what it is, it’s perfectly serviceable as a date night out at the movies. Some of the thematic depth introduced by a certain plot point (left unspoiled here) gives it a slight edge that does help to lift the film above the level of pure mediocrity. While Will and Lou won’t go down in the history books as timeless lovers à la Jack and Rose, they’re both uniquely drawn characters heart and wit in spades. Together they overcome the less inspiring aspects found within Me Before You’s filmmaking craft. 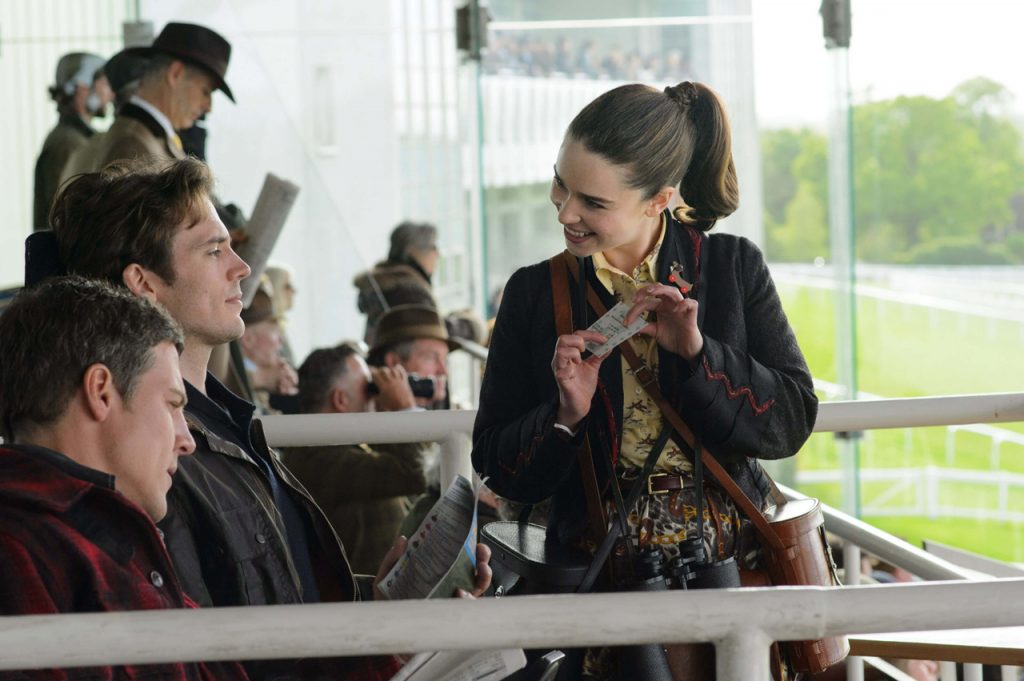