Is that a dagger which I see before me? No, it’s just another cinematic version of Shakespeare’s Macbeth.

It easily could have been a dagger, because going into this film I had high hopes. Instead what I got was a quick stab to my abdomen, as director Justin Kurzel tried to cram all of Macbeth into 113 minutes. 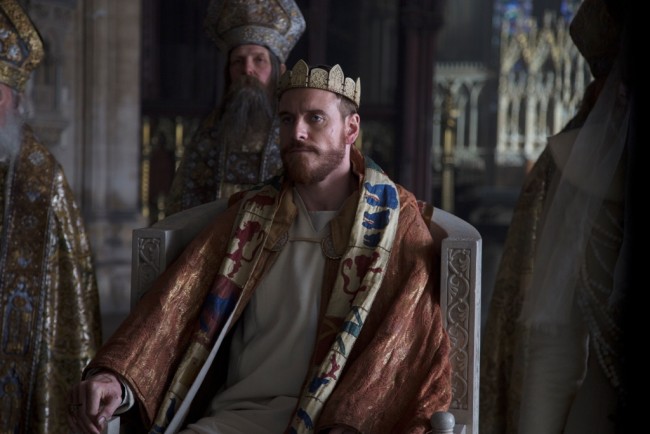 Michael Fassbender as Macbeth/Image: Entertainment One

You can’t hate on Kurzel’s vaulting ambition to make another rendition of a Shakespearean classic, but you can scratch your head wondering why we would need an abbreviated version of the famous tragedy.

The film stars Michael Fassbender as Macbeth, and the problem doesn’t really start or end with his performance. I mean he’s just a poor player that struts and frets his hour upon the stage right? Fassbender brings a real intensity to the role, and had there been more time for character development, his take on the Thane of Glamis would have been glorious. 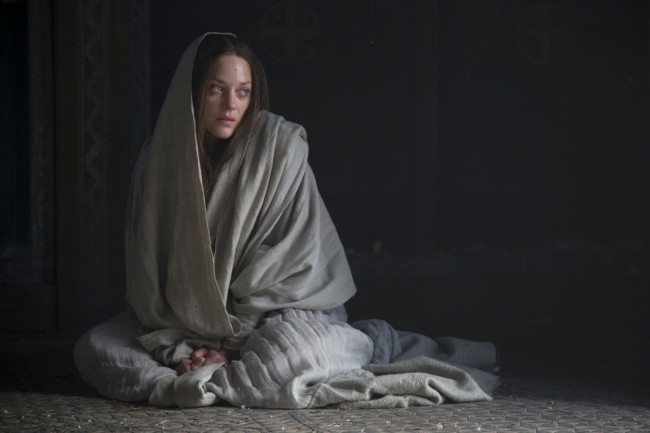 In case you used high school English class for nap time, the story takes place in 11th-Century Scotland, where the great warrior Macbeth receives a prophecy from three witches that he will one day wear the crown. (Kurzel’s version actually gives us a fourth witch.)

His miserable and driven wife (Marion Cotillard) urges him to “expedite” the process by killing King Duncan (David Thewlis) and seizing the crown for himself. Of course none of this goes down as easily as they had hoped.

That is the Coles notes version of a more complicated story that is supposed to be a slow burn of character development. Instead, Kurzel takes a different approach, making a decision to get right to the point by creating a film that feels far too rushed. 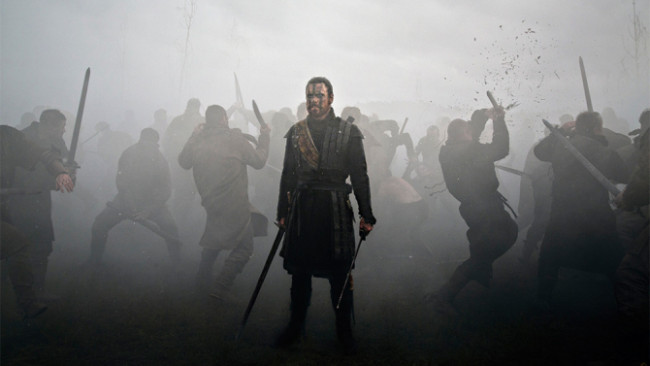 One minute Macbeth is this fierce and well-liked warrior, the next minute he’s suffering from post traumatic stress disorder (this was something the director added) and starts stabbing people because he’s bat poop crazy.

People who are not familiar with this classic may have a hard time keeping up with everything that goes on in Kurzel’s version, as this incarnation does not go out of its way to provide much context or explain why certain characters matter. 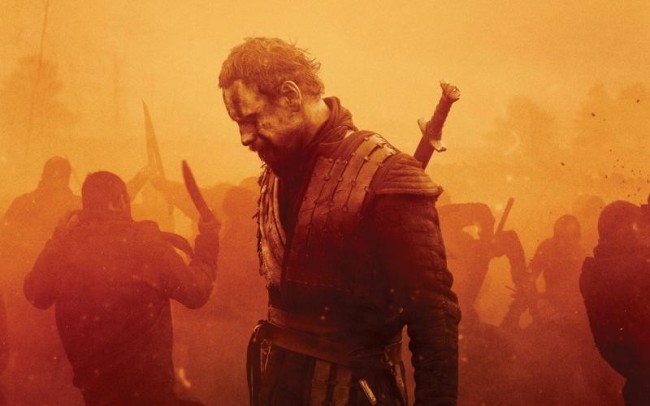 For people who are well versed in all the idiosyncrasies of this tragedy, you might appreciate a fresh take and the overall visual impact the film provides. There is a lot of stylization that cinematographer Adam Arkapaw infuses into the film, like the thick fog, dreary skies, and blood red backdrop that engulfs the characters in the final act.

Besides the visuals and the drum-pounding score, the film falls flat, and to be honest, it drags. Shakespeare can be extremely entertaining if done well, but when you miss the mark it can bore you to sleep. The story is also too nicely packaged. Shakespeare’s Macbeth is supposed to be a messy affair, not just externally, but also a growing internal mess within the mind. 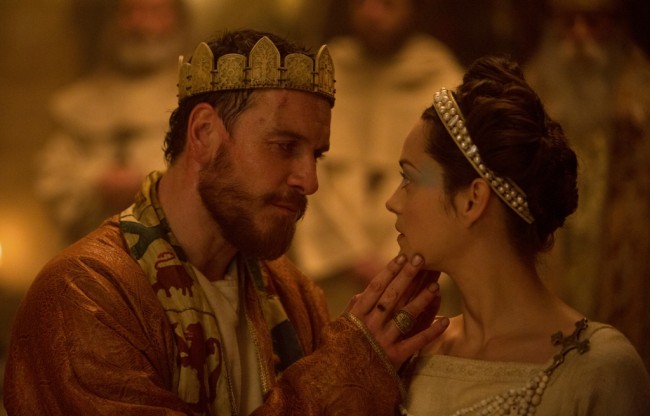 There are reasons why the King goes crazy, but Kurzel never really explores or expands on the ideas. In some ways he expects his audience to already be familiar with the narrative. For instance, the relationship between Macbeth and Banquo is a pivotal part of the story, but the film sort of glosses over their friendship. All of Macbeth’s suspicion is supposed to slowly creep into his mind and drive him to insanity, but the film manufactures the paranoia.

Another little nitpicky thing that bothered me, and some of my other fellow critics agree, is that the director took Shakespeare’s dialogue and soliloquies and had the characters recite them as if they were just speaking naturally. There is supposed to be some energy and some dramatic thrust when the lines are spoken. However, too often in this film the characters mumble the all-important dialogue.

A lot of critics have given Kurzel’s Macbeth positive reviews, and if you’re a fan of Shakespeare go and see it for yourself to make up your own mind. The film is nice to look at, but overall it lacks any real substance. That’s a shame because Macbeth is one of Shakespeare’s greatest tragedies, but what’s done is done. I give this one 2.5 raindrops out of 5.

This film is rated R. You can currently see Macbeth at the Rio Theatre in Vancouver from January 15 to 21. Have a listen to our podcast Flix Anonymous below to hear our more detailed review of this film.