Loving is a beautiful and understated love story that takes place in the mid-1950s but holds so much relevance in today’s world.

In this current day and age, we could all use a little bit of Loving, and it’s that narrative of love trumps hate that is so powerfully conveyed in this new Jeff Nichols film.

Earlier this year, Nichols gave us one of the year’s best films in Midnight Special, and so it’s both surprising and delightful that we get two films from this fantastic director in the same calendar year. We’re spoiled. 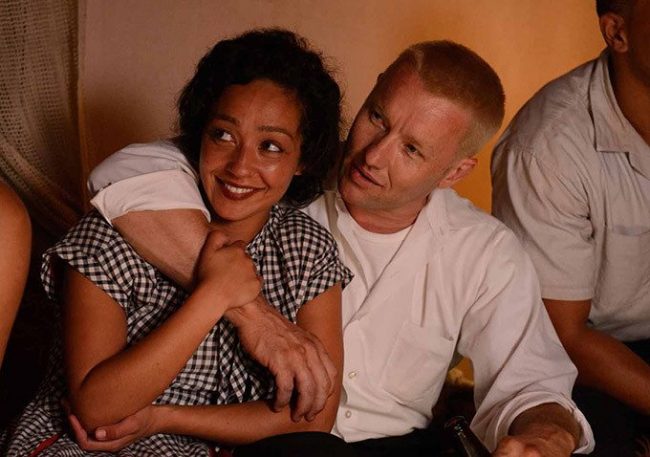 Nichols likes to take his time when he tells a story to set the mood, and it’s apparent from the very first opening shot in this film where all you can hear is the sound of crickets chirping. There is no sweeping Hollywood score to try and manufacture feels; instead, it’s the country silence and long close-ups of the actor’s faces that take you on this journey.

This is the real-life story of Mildred (Ruth Negga) and Richard Loving (Joel Edgerton), an interracial couple who’s love literally changed the world. The problem is, in 1958 Virginia those types of relationships were not only forbidden but highly illegal. With a baby on the way, Mildred and Richard drive to Washington, DC to get married in secret but return to Virginia to live their lives together in the face of hate. 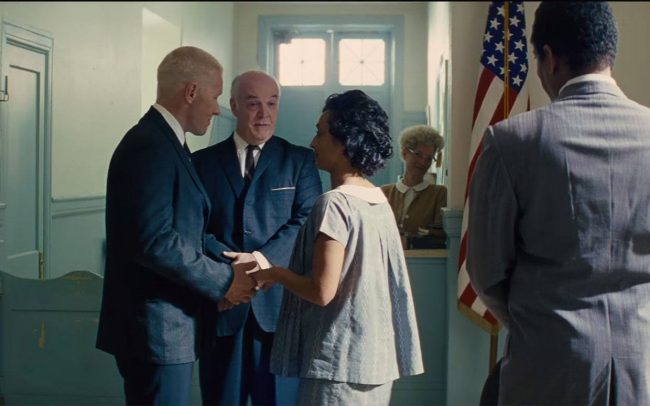 Unfortunately, the police get wind of their relationship and send the couple to jail. To make a long story short, they strike a deal with the judge and are told to either dissolve the marriage or move outside of the state for 25 years. Eventually, Mildred is convinced by a young lawyer to take their cause to the US Supreme Court so that they could go back to living where their hearts belong.

This is a powerful film but done in a way that is very much understated. There aren’t a lot of bells and whistles that try to manipulate emotion. Instead, Nichols allows the actors to tell the story not just within the dialogue but through the honesty in their faces. The director allows the actors to play within each frame and gives them enough time to really portray the emotional truth of each scene.

Joel Edgerton is a force. He plays Richard as a lovable and simple man who only wants to live his life in peace and with the woman he loves. He displays an aw-shucks demeanor, often communicating without really saying anything at all. It’s that simple disposition that allows him to not over think his complicated relationship with Mildred. But at the same time, there is a naivety to it all that keeps him from doing a better job of keeping the relationship secretive. He just doesn’t understand why society wants to keep them apart. 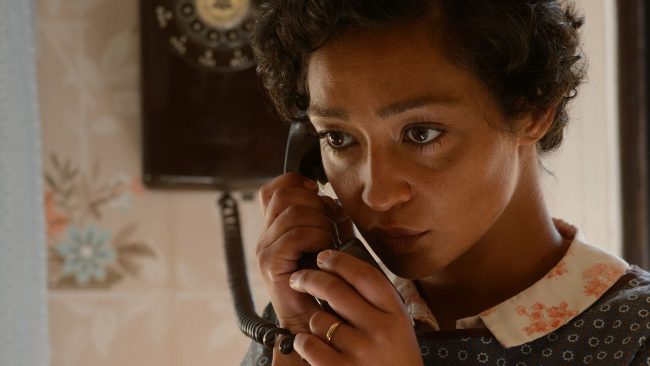 Remember the name of Ruth Negga who gives a career-defining performance. You may remember her from AMC’s hit show The Preacher where she plays Tulip, a very different kind of character. Like the intensity and charm that Edgerton brought to Richard, Negga gives Mildred a quiet fighting spirit. You see the frustration and anguish in her eyes knowing that her forbidden love is always one step away from crumbling beneath her.

Outside of the very strong acting performances, it’s the cinematography and production design that really shines. Everything has an authentic look and feel of the 1950s where all the details beautify such an ugly era.

What I appreciated about this film is that Nichols tells a powerful story with whispers and close-ups rather than over the top Hollywood noise. This is a director that is currently firing on all cylinders and his work needs to be seen and celebrated. I can’t wait to see what he has planned for the future.

With racial tensions seemingly to be on high, this film comes at the perfect time to remind us that although we condemn what happened in the past, how much has our society really changed? 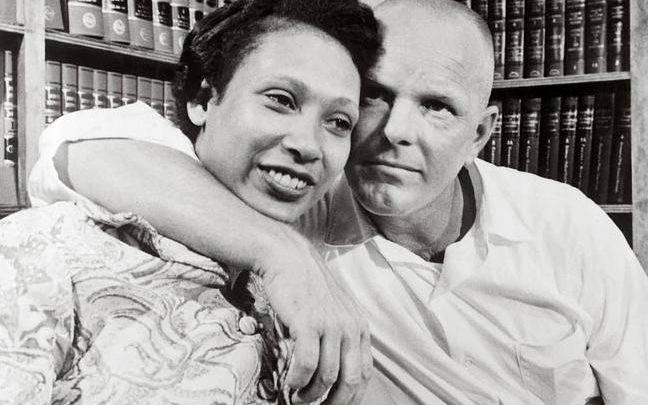 Photo of the real Richard and Mildred Loving from Life Magazine

If you’re not into flying wizards or getting hit on the head with Christmas films, give Loving a try. It’s currently being shown on limited release throughout Canada so you will need to find a theatre that’s playing it, but I recommend you do. Not sure if the Academy Awards will give Edgerton or Negga a nomination, but either way, this is a beautiful film to watch.

I’m giving this a solid 4 pieces of popcorn out of 5 with an extra dash of love. This is not an action-packed film; it’s a very slow burn but it’s a great date movie if you’re looking for something with a bit of romance wrapped into a moral tale.