The Look of Silence is an important film and a follow up to 2014’s Oscar-nominated documentary The Act of Killing. Both docs are very graphic and chilling, which makes it hard to watch, but it will be something you’ll never forget and nor should you.

The Act of Killing introduced many of us to the atrocities that transpired in 1965 when a C.I.A.-sponsored military coup in Indonesia resulted in the extermination of more than one million innocent “communists” and ethnic Chinese. These brutal murders were committed by gangsters and paramilitary organizations, non of whom, almost a half-century later, have been prosecuted. Instead these men are considered heroes by many Indonesians. 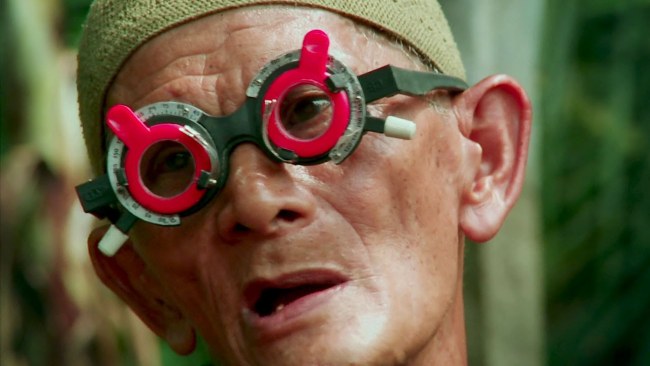 Joshua Oppenheimer directed both documentaries but scheduled the filming for The Look of Silence to take place after he had edited The Act of Killing but before it was released. This was so he could still use his valuable contacts in order to complete his full vision.

In The Act of Killing some of the men who led the death squads were filmed re-enacting how they killed and slaughtered so many women, children and men who they deemed as communist supporters. Oppenheimer wanted to see if any of these men had any remorse or regret for what had transpired, but instead, they went all out to glorify their acts.

However, in The Look of Silence, the director flips the lens and we get a different perspective, this time from a family who lost their first born son Ramli to the genocide. We follow the younger brother who was born after the horrific event. He is an Indonesian man in his early forties, an optometrist named Adi, who decides he wants answers and to find out the truth about the savage and very public killing of his older brother. 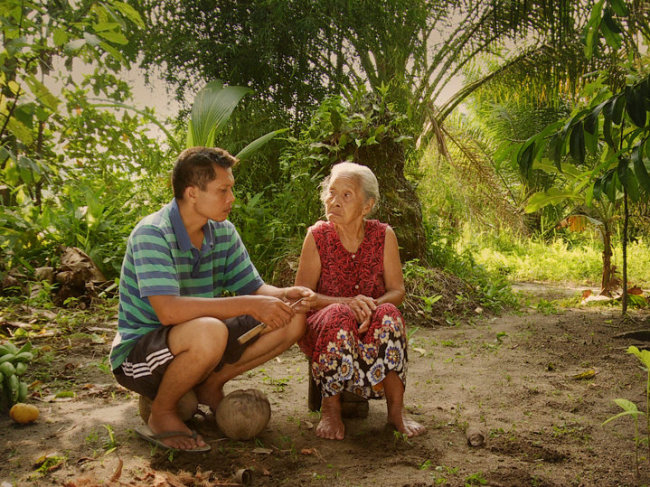 Adi watched footage, provided by Joshua Oppenheimer, that showed the men who were responsible for his brother’s execution re-enact how they walked 10,500 innocent men and women, butchered them, and threw their bodies into the Snake River in northern Sumatra.

To have to watch something like that and then go and interview the men responsible had to be a heart wrenching process, and Oppenheimer catches that inner turmoil beautifully. However, Adi’s reasoning for the process was to see if the killers responsible had any remnant of remorse, as he was fully prepared to forgive. 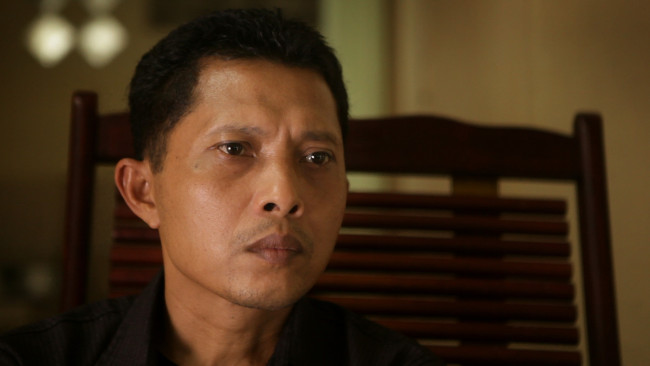 As Adi tries to make sense of it all, he fits each man he interviews with new glasses. As he sizes them up and finds their proper prescription, he starts asking each killer poignant questions. What he gets in response is horrific and the most gripping part of the documentary.

The close ups of the perpetrators’ faces showed the coldness in their eyes, and it’s amazing listening to them try and justify what happened. During the process you ask yourself “do they really believe in the excuses they are spewing? Is there any compassion?”

As horrific as the subject matter is, the film is beautifully shot. It’s not just all graphic details of death, but the film also shows scenes of tenderness where we see Adi and the relationship he has with his family. There are some soft moments where we observe him interact with his young playful daughter and also a time where he explains and discusses with his son that the propaganda he is learning in school is lies. 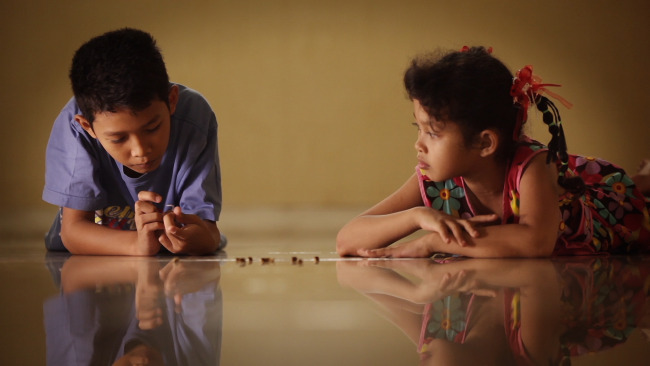 If you are looking for something that is uplifting and full of happiness, The Look of Silence is not for you. As grueling and graphic as it is to watch, this deeply troubling documentary only exists because of the creators and numerous courageous Indonesians who worked on it.

You will notice during the credits how many brave souls came forward to help out with this project but only wanted to be credited as anonymous, as they still fear for their lives and the lives of their family.

The point of the documentary is to make sure that this sort of travesty never happens again. I recommend watching only if you have the stomach to see humans at their worst and most vile. I give The Look of Silence four raindrops out of five. Easily one of the top documentaries of 2015 thus far.

For those of you in Vancouver this documentary is currently playing daily at the Vancity Theatre in Vancouver until August 4th. I recommend checking out The Act of Killing first.