They slapped on an R-rating for this newest Wolverine movie because watching adamantium claws go through someone’s skull is solid entertainment. 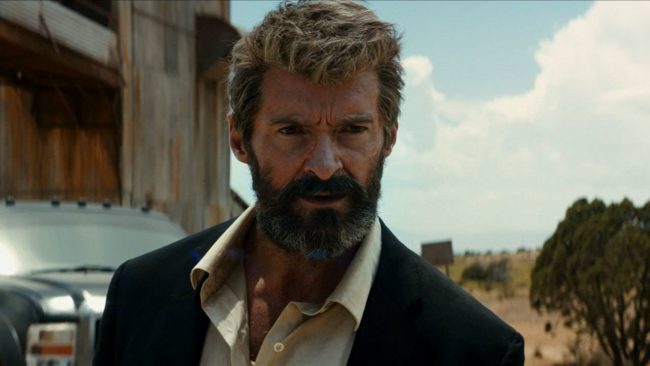 It appears that people like their superheroes violent and edgy rather than some of the cheesy PG-13 comic book adaptations we have grown accustomed to over the years.

The X-Men franchise has been somewhat lucrative for 20th Century Fox, although many, including me, always wondered what Disney/Marvel could have done with the property. It’s been years of hit and miss for the mutants, but there were always two constants, Wolverine’s badassery and director Bryan Singer’s penchant for screwing things up.

Back in 2000 Hugh Jackman was perfectly cast as Weapon X and has been doing a superb job of it ever since. I have to admit it will be weird to see someone else take on that role in the days of future past. But the new standalone film Logan, directed by James Mangold (The Wolverine, 3:10 to Yuma), gives Wolverine a more human look and feel. Instead of the yellow tights, we get an old, bearded and beat up Logan driving a limo and finding solace in pills and a bottle. 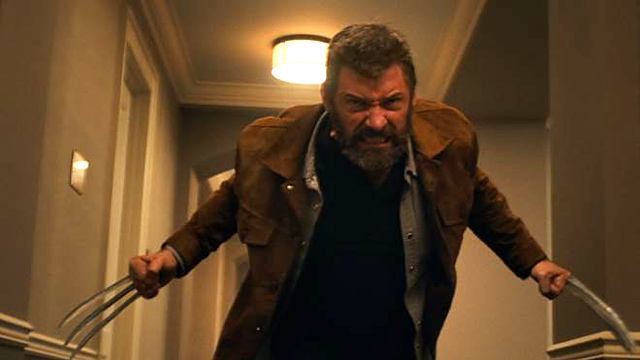 In case you didn’t know, this film is inspired by Mark Millar’s comic book storyline Old Man Logan and stars Hugh Jackman, Patrick Stewart, and Dafne Keen. All three actors are the reason I’m about to give this film a positive review.

This dark and uncompromising story reminded me of Clint Eastwood’s classic western Unforgiven, where no matter what Logan does, he can’t change who he is. He will always be a killing machine even in a not too distant future of 2029 where there are self-driving cars and no more X-Men.

Without going into spoiler territory, Logan hides out in an abandoned junkyard near the Mexican border where he just wants to live a normal life and save money to buy a sailboat so he and his roomies Charles Xavier/Professor X (Sir Patrick Stewart) and their tracking mutant friend Caliban (Stephen Merchant) can sail off into the sunset and put their X-Men days behind them. 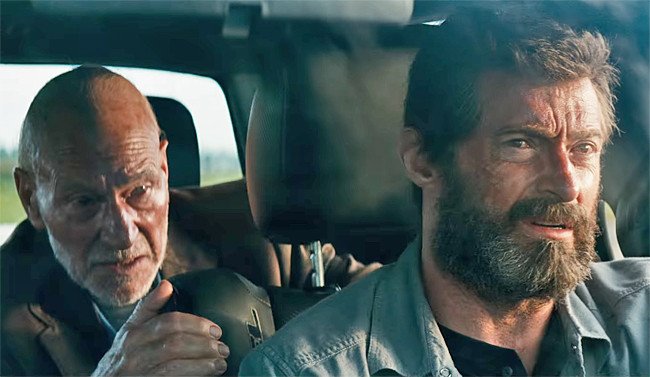 Professor X is not the confident leader that he once was. He deals with dementia and unfortunately the prescription pills he needs costs a small fortune. Logan has to keep Charles contained in a rusty, toppled-over water tank that has been turned into a makeshift lab so that his seizures don’t destroy the planet as his deteriorated brain has become a weapon of mass destruction.

The dream of sailing into the deep blue sea is beached when a young girl Laura (Dafne Keen) shows up on Logan’s doorstep. She’s not just some cute and mute young lady either, she is a new breed of mutant that was created in a test tube and labeled X-23. Comic book nerds everywhere know who I’m talking about as there has been a real push to introduce this character into the X-Men cinematic universe for a while now.

Of course, Laura needs to be protected from the dark forces that are hunting her down. Logan realizes that she isn’t that much different from him and feels he has a responsibility to protect her even if his body and claws aren’t working as well as they used to. Laura convinces Logan to take her to a utopia for mutants that’s supposedly located somewhere in Canada, eh. 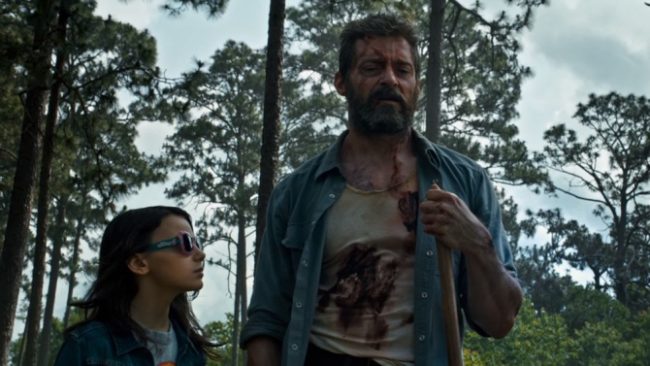 The acting is what makes this film dance on screen. Both Jackman and Stewart are pure gold and both bring a certain vulnerability to their characters. Gone are the confident heroes that we remember. Instead, we have fragile men who are reconciling with the fact that although they have fought some of the biggest and baddest evil the world has ever seen, they still can’t defeat father time.

Dafne Keen is a young Spanish actress who is absolutely magnetic as X-23 in her feature debut. She is able to convey a remarkable range of emotion through just her eyes. To see her take on some of the brutal action sequences is also a site to behold. This is a child star to keep an eye on as she more than holds her own with her legendary costars.

This a somber affair but still has a sprinkling of laughter. Logan might be old but he still has his berserker-fuelled moments of rage even if he just needs a bit of A5-35 and a hot bath afterward. 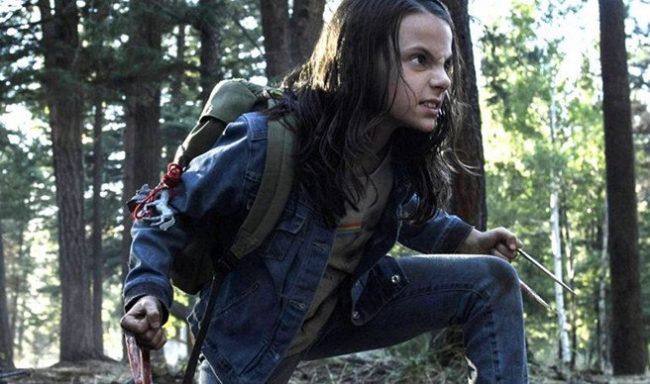 Outside of those rage like moments of chopping and dicing up bad guy’s torsos, Mangold manages to make sure there is enough time for character development so that we care about these characters not as superheroes but as imperfect human beings and allows us fans to say goodbye.

We haven’t seen this type of heart in an X-Men movie before, in fact, we haven’t seen this good of a comic book film since Christopher Nolan’s The Dark Knight. It’s rare that we see franchises end, and as much as Logan is a standalone film, it should be the final film in the X-Men series as we know it. But something tells me it’s not.

Though this film is pervasively a downer, both Patrick Stewart and Hugh Jackman retire from superhero business and go out on a high note…”bub.”

This gets 4 adamantium pieces of popcorn out of 5. If you are a fan of Wolverine, go see this movie on the big screen.

The film is playing at a theatre near you, rated 18a, and is 137 minutes in long.