LEGO’s Ninjago may not be the strongest brick in the box, but it will dazzle the kids and humour the adults.

Back in 2014, The LEGO Movie premiered with a ton of cynicism as people were willing to throw it under the bus before even seeing it. However, the film proved to be a comedic family gem that led to a solid LEGO Batman followup we saw earlier this year. 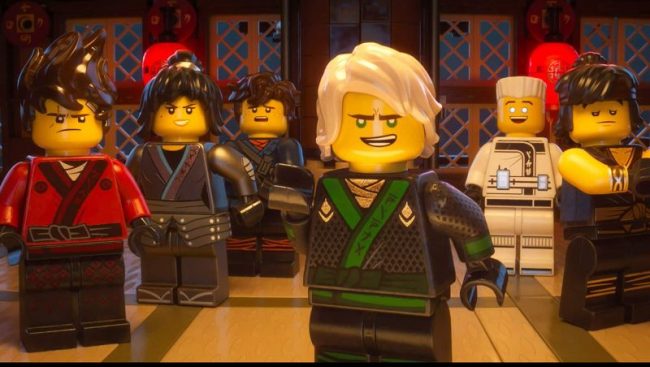 Everything is awesome for Warner Brothers and their LEGO property so they threw out a ninja-centric spinoff that almost feels more like that rushed cash grab that people feared would happen in 2014.

It’s never good when there are too many cooks in the kitchen. Ninjago has three directors – Bob Logan, Paul Fisher, and Charlie Bean – along with six writers who all contributed something to the film. That’s a lot of vision and opinion which can sometimes hamper a film.

That’s not to say Ninjago is not a good film, it just feels like that extra LEGO piece that nobody wants or uses. That said it still serves a purpose for kids who already love the TV show on Netflix or love LEGO in general.

Also contributing are the voices of Dave Franco, Justin Theroux, Fred Armisen, Abbi Jacobson, Michael Peña, Zach Woods, and Jackie Chan. Not a bad group of voices who all bring something to the film even if most of the story is focused on Theroux’s performance as the evil Lord Garmadon. 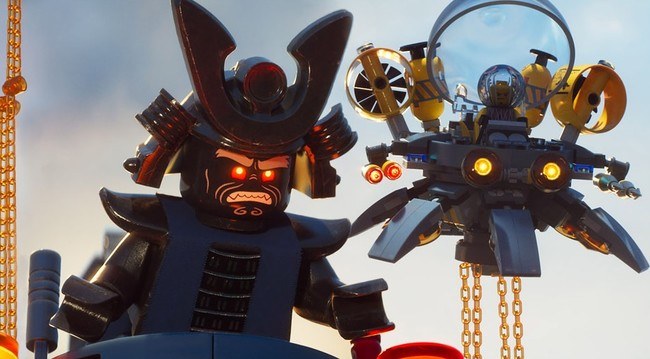 So who is Lord Garmadon? Donald Trump. Okay not really, but there are subtle references.

He’s a maniacal, four-armed dotard, that always comes up with evil plans of taking over the bustling island of Ninjago and the only thing that can stop him is the Secret Ninja force led by the Green Ninja named Lloyd (James Franco). Unfortunately for Lloyd, Lord Garmadon also happens to be his father and so things get really awkward every time the old man ransacks the city.

It’s frustrating for Lloyd to have to fight his evil, absentee father when all he wants is a positive and healthy relationship with the man he never knew. The family conflict comes to a head when Lloyd steals Master Wu’s (Jackie Chan) Ultimate Weapon in order to finally put an end to his deadbeat dad. What he unleashes is an evil so heinous that the entire island’s existence is in peril. Meow.

This film is essentially about a father reconnecting with his son and although the humor is found in their good vs. evil circumstances, being bitter enemies is just one of many obstacles they have to overcome.

Justin Theroux’s performance is hilarious and even though someone pointed out to me that he sounded similar to Will Arnett’s voice in LEGO Batman, the scenes between Garmadon and Lloyd provide a lot of the smart humour that is appropriate for all ages. But all the focus on that relationship made it so the rest of the Ninja gang became secondary characters. 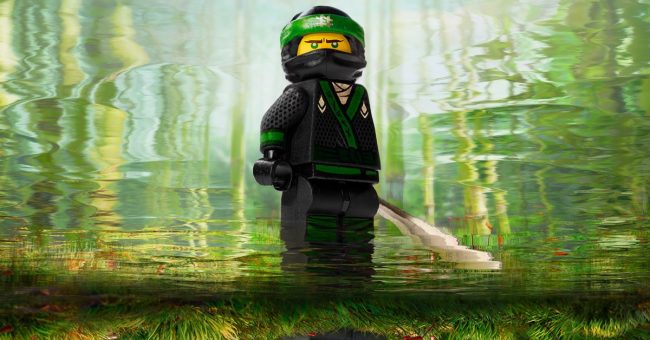 That said, the film is still a lot of fun but it pales in comparison to what we got with The LEGO Movie and The LEGO Batman Movie. It doesn’t pack the same emotional punch as those previous films nor does it feel as ironic or subversive.

But kids won’t care about any of that.

The CGI is taken to a whole new level and you’ll really appreciate the attention to detail. From start to finish, kids are going to love this film and ultimately that’s all that matters. It might not be the strongest of the LEGO films, and they might use a different voice cast than what’s on the television show, but what child is sitting back going “I don’t know man, that’s not canon!”

Although the reviews are pretty split (There are some seriously grumpy film critics out there), this is a great film to take your kids to. There is no reason to psychoanalyze or dig too deep into this. It’s entertaining and just like it says on the LEGO box, everything snaps together easily.

Playing at a theatre near you, rated PG, 90 minutes long