The people who made this movie should have listened to the advice of their title, they really shouldn’t have gone back. 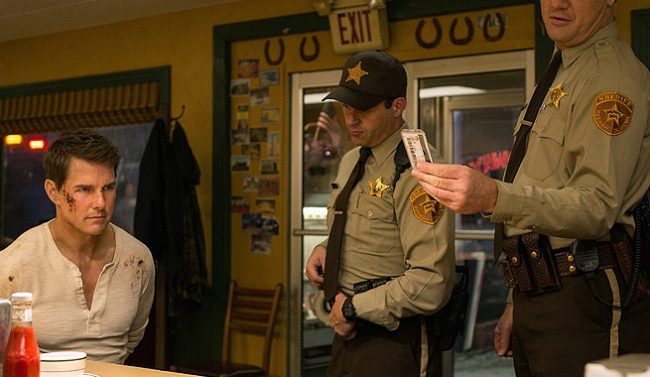 This Jack Reacher sequel felt like a trip back in time to the late 1980s and early 90s, when the cheesy and predictable action films made a killing! Hollywood studios had the secret formula back in the day that tractor beamed us into the multiplex with some of the cheesiest action movies you will ever see.

Back then who didn’t enjoy the unnecessary explosions, the wisecracking good guys, and the big bad man with a British accent. Yet, it’s 2016 and I’d like to think that film has somewhat evolved and become a lot smarter over the past few decades.

The very first Jack Reacher film came out in 2012 and that was okay. I mean it wasn’t great, but it was at least watchable and somewhat forgettable. There was nothing about that movie that screamed sequel, besides the fact that it was based on a series of great books.

That’s another thing; Paramount Pictures pretty much ignored the books when they cast Cruise as the main hero. In the novels written by Lee Child, Reacher was 6’5, 230lbs, blonde hair and ripped. Tom Cruise is 5’7, 190lbs soaking wet, and although he is a big time Hollywood star, his casting was a bit of a head scratcher. I also don’t like how the studio is adapting those books out of chronological order. If you want to have a film franchise, start from the beginning and go from there. 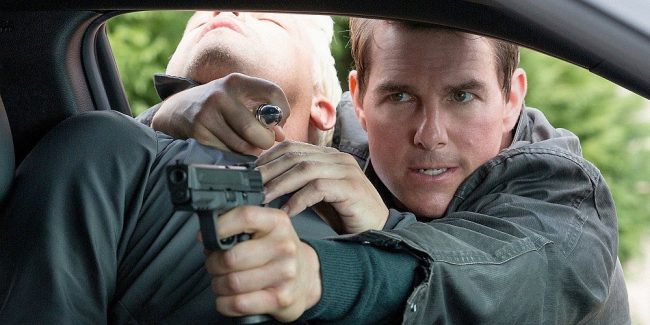 In this newest adaptation based on the eighteenth book (the first film was based on the ninth book), Reacher finds himself framed in a giant Government conspiracy which forces him to run from the law. While on the lam, a secret from his past comes to light and turns his life upside down. That’s really all you need to know because everything else is pretty formulaic from there.

There really isn’t much to say about this movie. It’s poorly written with terrible dialogue. I’m talking cringe-worthy dialogue where you can’t help but laugh at the moments that are meant to be sweet or serious in tone.

The story feels like something we’ve seen before and makes no attempt to try to be anything different. And Tom Cruise, who can normally make bad films watchable, gives one of the most wooden and uninspiring performances of his career. Even some of the best actors need to just take the pay cheque and run. 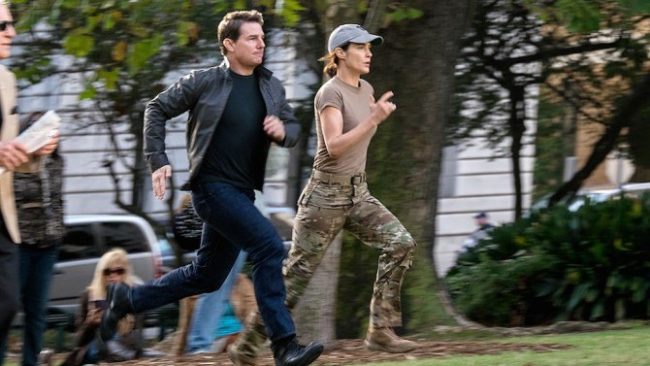 I like Cruise in action films, but seeing him play Jack Reacher seems kind of blasphemous when he is so good in the Mission Impossible franchise. In a career that has been golden, I can forgive him for a few missteps here and there. At 53-years-old though, he still gives a good close up. He’s a purdy man. 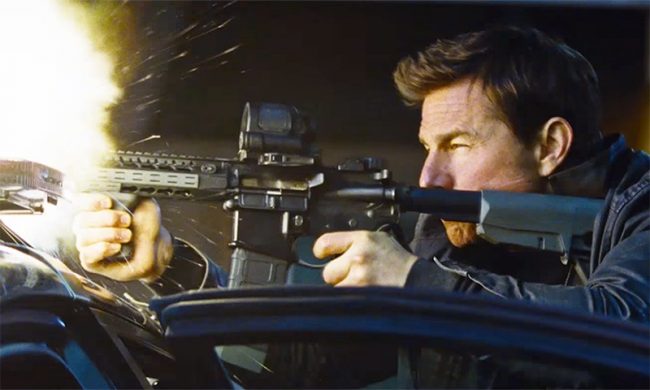 The film is getting panned by other critics, some are going out on a limb and calling this “average” or “decent.” That’s not really an endorsement folks. I like director Edward Zwick, and he has done some fabulous work in the past with films like Glory, Blood Diamond, and The Last Samurai to name a few; so it’s no slight to say that even he couldn’t make this terrible adaptation work.

If you have a Tom Cruise fetish and you feel that he completes you, then wait to watch this movie in the privacy of your home. Don’t waste your time seeing this at a theatre. There are better films coming out in the next few weeks.

Let’s give this one two mouldy pieces of popcorn that you found under your  couch, out of five.