For whatever reason some people suffer from coulrophobia, or as us normal folk call it: a fear of clowns.

Personally, I’ve never met an evil clown. To me, they are just strange dudes who juggle and make balloon animals at kids’ parties. Pretty harmless. But maybe the people who are afraid of those images read Stephen King’s book IT at far too young of an age. 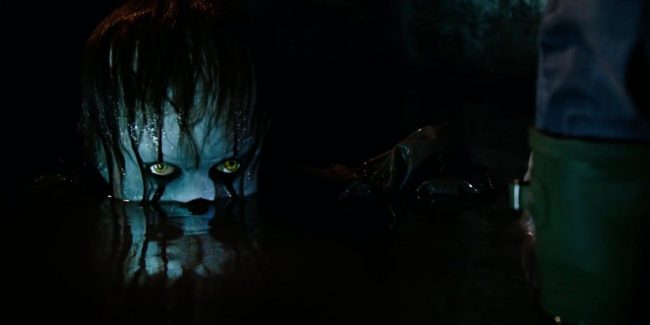 The horror that some experienced while turning those pages has now manifested itself to the big screen thanks to director Andres Muschietti who puts his touch on one of the most popular stories in King’s multiverse.

It’s not the first time IT has been adapted to screen, some of you probably remember the 1990 miniseries that doesn’t stand the test of time. But this new rendition, scripted by Chase Palmer, Cary Fukunaga, and Gary Dauberman, is a decidedly different telling.

In King’s book there is a split narrative, following a central ensemble as children and adults, however, Muschietti’s version solely focuses on the kids as they seek to discover the truth behind what has been haunting their hometown of Derry, Maine for centuries. 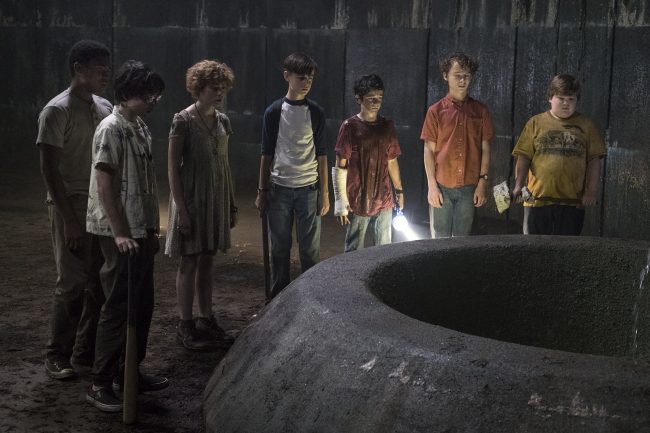 Capitalizing on a great cast with the likes of Finn Wolfhard (Stranger Things), Sophia Lillis, Jaeden Lieberher (The Book of Henry), Jack Dylan Grazer, and Wyatt Oleff, as the kids who make up the Losers Club, the film functions as a warm nostalgic throwback to the year of 1988 (a change from the 1950s setting in the book).

The movie is heavily inspired by the films like Goonies and Stand By Me, but instead of trying to find a dead body or a shipwreck, these kids are being haunted by their worst fears which include a dancing clown named Pennywise played masterfully by Bill Skarsgard (Allegiant).

Even though there are some nice moments of heart and warmth, most of the film is spent enraptured in pure creepiness and tension. Skarsgard’s performance alone is why this film ticks. The 1990 version had the great Tim Curry playing Pennywise and although he set the bar high, Skarsgard may have just pole vaulted above it cementing himself as the perennial evil clown. 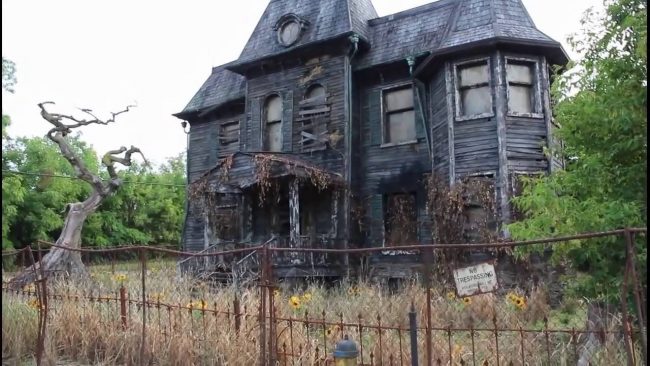 Each kid in this film goes through their personal experience of dealing with Pennywise as he projects their worst fears. What really makes a story like this work is how the characters interact with one another. The acting is fantastic and the personalities and energy that each character brings connect you to the movie on a special level. The film is an ode to the outsider, it’s about a group of so called losers working together to try and destroy an evil entity.

Finn Wolfhard gives a standout performance as the foul-mouthed Richie, and Ray Taylor’s take on the lovable character of Ben is both funny and sweet. Every cast member in this film has a role to play and they knock it out of the park even if the screen time isn’t perfectly balanced throughout the narrative flow.

IT is one of the best horror/thrillers I’ve seen in the last few years. It has its fair share of jump scares, but what I really appreciated about the film is how the writers and director were able to take that uneasy feeling you had when you first read the book and superimpose that onto the screen. Not a lot of directors have been able to successfully adapt King’s novels, so this is a big win for Warner Brothers and everyone involved with the project. 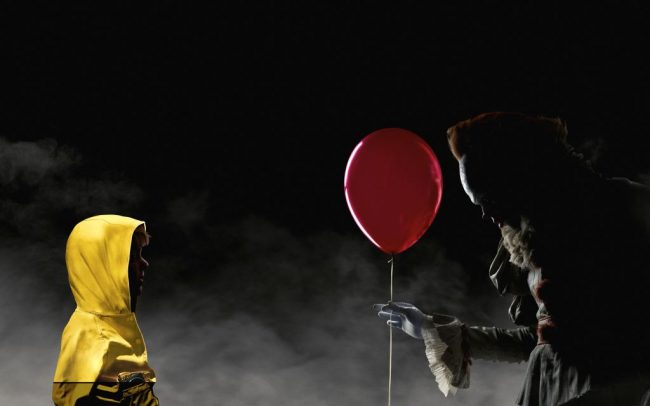 In the next couple of years, we will undoubtedly see IT Chapter 2 featuring the events that occur 27 years later and thus ending Stephen King’s book. No doubt there will be a lot of hype for the sequel, but what is so impressive about Chapter 1 is that it’s a standalone film.

IT is fun if you like being scared. Maybe I’ve seen far too many films in my time to be affected by that nowadays, but this has to be considered one of the best King adaptations we have seen. Giving this a solid 4 out of 5. The reason it’s not getting a full 5 is that I had minor issues that I won’t bore you with like some of the CGI.

Go check it out in the theatre but please don’t bring your kids because clowns need the work.

Playing at a theatre near you, Rated R, and 135 minutes