I’m a musical neophyte. I don’t not enjoy them, but for me they’re like kale – a kinda cool thing that my friends rave about that does absolutely nothing for my palate. So imagine my excitement when I scored an invite to attend an advance screening of Disney’s Into The Woods…and imagine my surprise when I found myself humming the film’s infectious soundtrack the whole way home.

For the uninitiated (like me), Into The Woods is a glorious mashup of classic fairytales set to the tunes of famed composer Stephen Sondheim (best known to me as the dude who wrote Madonna’s best songs in Dick Tracy). Directed by Rob Marshall (Chicago), the screen version of the 1987 stage production has been highly anticipated for months.

Producers remained tight-lipped as to what (if any) changes were in store for fans of the Broadway show and were determined to make sure that key details remained a secret until opening day. At the screening I attended, two very nice men wearing night-vision goggles were posted at the theatre exits to discourage the audience from using electronic devices to pirate the film. 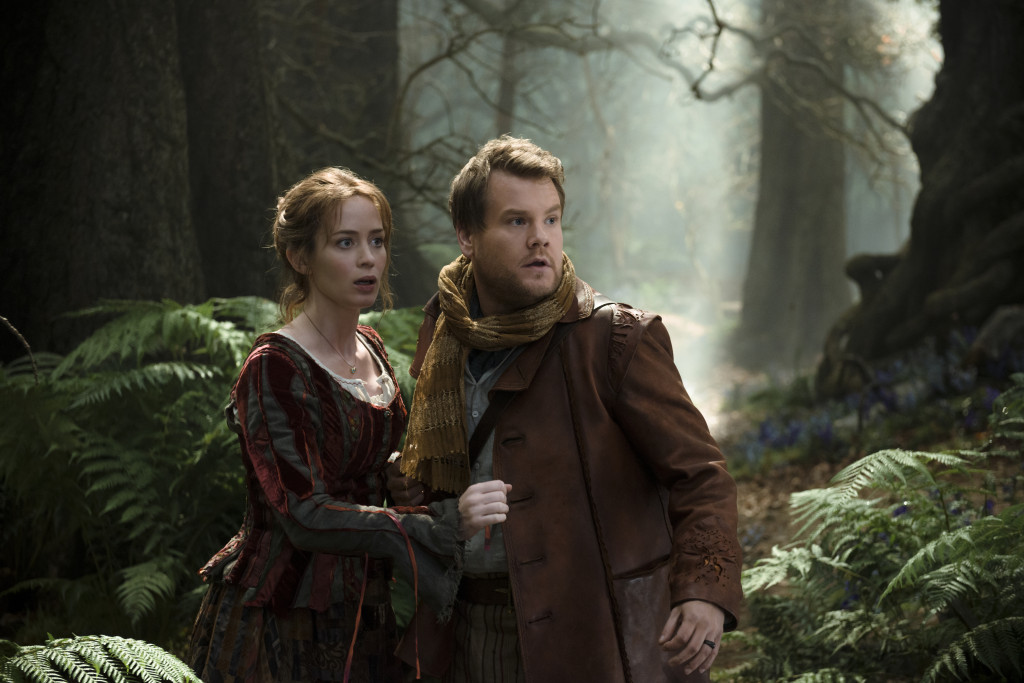 Meryl Streep stars as a witch who will stop at nothing to have a decades-old curse lifted from her head. She enlists the help of a pair of married bakers (played by Emily Blunt and Tony Award winner James Cordon), sending them into the woods to collect a list of items in hopes of lifting the spell. Streep is deliciously campy as the unnamed witch, and watching her bark orders at a hapless Blunt eight years after doing the same to her in The Devil Wears Prada is a wicked treat.

The fun stops for just a moment when the bakers stumble upon a little girl in a red hood being chased by an annoying Johnny Depp playing Johnny Depp In A Wolf Costume. His take on the role is a bizarre combination of every non-human character he’s played onscreen for the last decade. But fear not – Depp’s time in the film is limited to just one growly number before he exits stage left and the fun resumes. 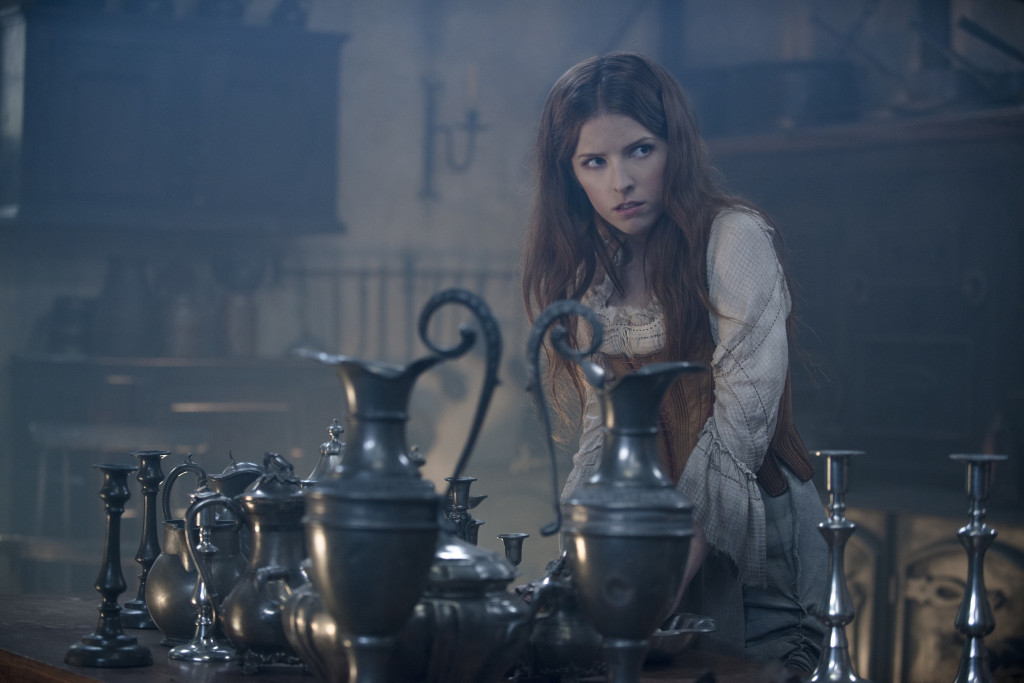 Soon we meet Cinderella (Anna Kendrick, amazing as ever) whose glass slipper is of great interest to both the bakers and a dashing Prince (Chris Pine). Pine does the impossible by managing to upstage Streep and the rest of the cast; his hilarious, egocentric version of “Agony” is easily the best part of the film. The audience at my screening hung on every word that came out of his charming mouth.

The film moves along at a fun, frenetic pace and after run-ins with Rapunzel, Jack, some magic beans and a hair-eating cow, the bakers finally complete their scavenger hunt, much to the witch’s delight. But it’s not exactly happily ever after, as each character eventually comes to realize that happiness isn’t always what it’s cracked up to be.

The other moral of the story? Musicals are kinda cool after all. Into The Woods in particular is a feast for the eyes and ears, and you too will find yourself annoying your friends and family by humming the film’s soundtrack for weeks to come (sorry guys – I’ll stop eventually).

Into The Woods, in theaters now, gets 3.5 raindrops from this newly reformed musical neophyte.