Infinitely Polar Bear is one of those films that sneaks up on you, and after you watch it, you are reminded that the summer is not just for movies that are full of robots and big explosions. There is a place for fine storytelling and top-shelf acting performances as well.

The film stars Mark Ruffalo, who plays a bipolar father and husband named Cam Stuart in 1970s Boston. He was born into a wealthy family, but they refuse to share any of the riches with him.

The film is a true story based on writer-director Maya Forbes’ childhood. In fact, Forbes’ 12-year-old daughter and first-time actress Imogene Wolodarsky does fantastic work playing her mother. 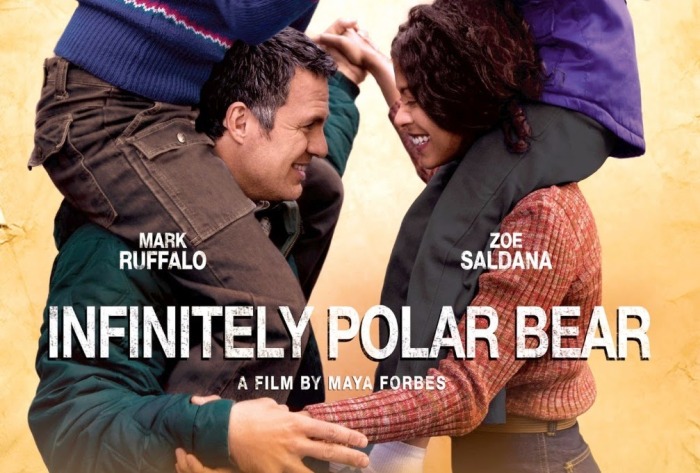 Cam’s (Ruffalo) manic-depressive tendencies take him over the deep end, which leads to a meltdown that ends up scaring his wife Maggie (Zoe Saldana) and two kids Amelia (Wolodarsky) and Faith (Ashley Aufderheide). After, he’s taken to a mental institute to receive therapy.

When Cam leaves the facility, his kids and wife are there waiting to bring him back home to the fold. The tenderness that the family shows to Cam’s condition is where a lot of the heart comes from in this story. The family is full of love and understanding, even if the condition that their father deals with is not fully understood.

Although the family is back together, Cam’s relationship with his wife Maggie seems to be out of convenience for their children. Zoe Saldana does such great work where you can see in her eyes that Maggie loves Cam but his condition is the hurdle between being just friendly and being intimate.

The family is in a rut and is in the poor house, so Maggie decides to go to New York to finish her degree and find a new line of work that might do a better job of paying the bills. However, instead of taking the kids with her, Maggie instills responsibility on Cam to look after the kids while she tries to put herself through school. 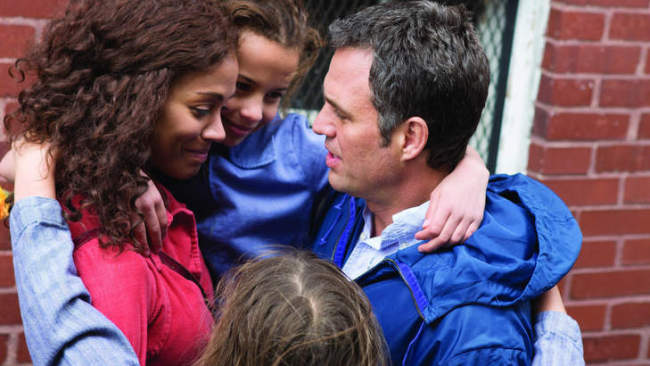 So this bipolar alcoholic is in charge of this two daughters, which sounds like a fantastic premise for a sitcom. Cam has to get his stuff together and prove that he can be a great caregiver. In doing so he might be able to save his marriage, but first he needs to find the courage to clean the apartment.

Mark Ruffalo gives the single best performance of his career in bringing Cam Stuart alive. He doesn’t go over the top in playing a mentally ill man, but instead he provides just enough heart and sadness to the role where you see a wonderful dad mixed in with a man who is fighting for his very life to keep it together. Ruffalo walks that line throughout the film.

Everything from Cam’s mannerisms, the way he talks, to his habits of hoarding and chain smoking all come to life in Ruffalo’s performance. The film may not tackle what the mental illness is all about, but it does show that love can keep people from coming off the rails – and maybe a bit of lithium. 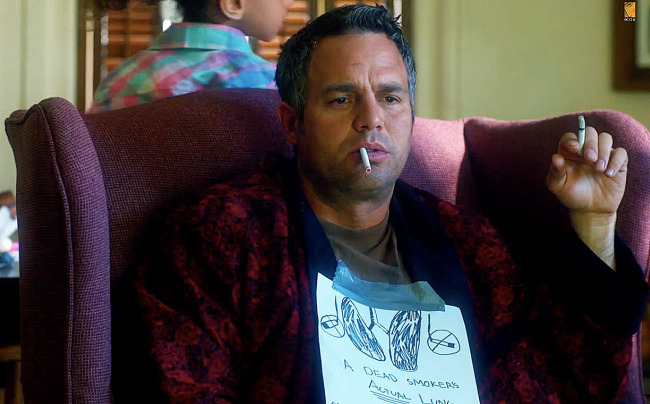 I really hope that the Academy remembers Mark Ruffalo’s performance as the film probably could have benefited from a later release closer to award season. However, it’s not just Ruffalo’s acting that made this dramedy great, it was the full cast that played their roles perfectly, especially the child actors. Imogene Wolodarsky and Ashley Aufderheide gave the best child acting performances of the year. I look forward to seeing what they do next.

Awards or not, Infinitely Polar Bear is charming, sad and uplifting all rolled into one. I compare it to Boyhood in that it’s about people dealing with daily life challenges and the pains of growing up in a family unit.

Infinitely Polar Bear is currently on a limited release, but it opens today (July 3) and can be seen at Fifth Ave Cinema in Vancouver.

I have no problems giving this film 4 out of 5 raindrops. I really enjoyed this story, and it was a breath of fresh air to watch something that wasn’t just CGI excess and super heroes. If you are looking for something a bit more charming than a Terminator or a cussing Teddy Bear, give Infinitely Polar Bear a chance.