Hereditary is the scariest horror flick we’ve seen in years and already the best film of 2018 so far. This movie will have you leaving the theatre nicely chilled with goosebumps as a fashion accessory. 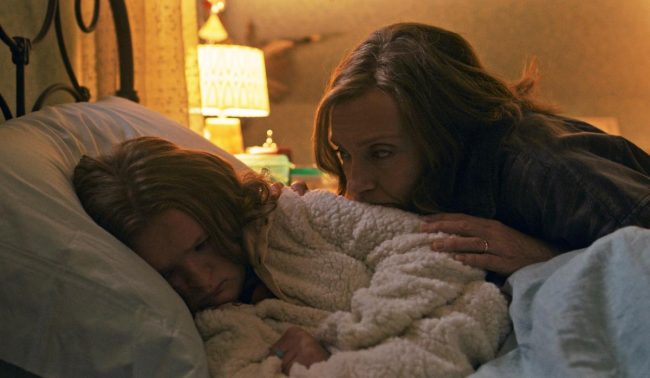 There is no reason to spoil a film that you should go and see without knowing a single thing about it. That said, the basic premise is about a seemingly happy family that is unhinged by a tragedy, where dark forces put their very souls in jeopardy.

There. That is all you get.

Maybe it’s the sign of the times, but over the last few years, we have seen some high-quality arthouse horror films like The Babadook, It Follows, and The Witch to name a few. Add last year’s Academy Award-nominated film, Get Out, and even this year’s silent screamer A Quiet Place, and it’s clear that we have entered another golden age of horror cinema.

It’s even hard to compare Hereditary to those modern-day horror films I mention above. If anything you have to insert this movie in the same conversation of Rosemary’s Baby, The Exorcist, and even The Shining.

I have never left a movie theatre thoroughly shook as I did after watching a screening of Hereditary. What makes this film so unique is that it doesn’t try and shock you or jump scare you into the ceiling. Instead, it’s a slow build of creepiness that all culminates to the third act where you get the terrifying payoff. 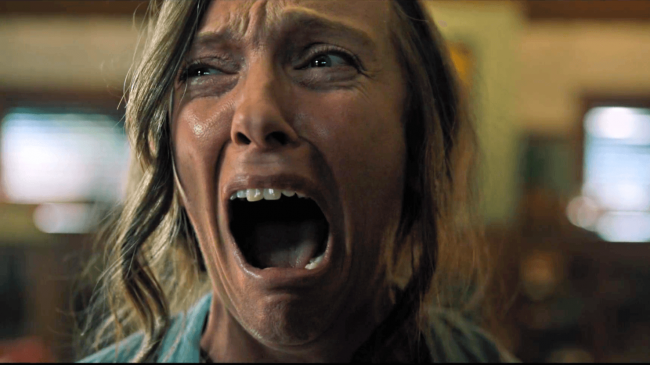 First-time director Ari Aster does a masterful job of using atmosphere, mood, and character development to keep things on edge. You have to go into this film utterly blind from trailers and reviews (even mine) because it’s far more effective to be constantly left guessing and wondering “what the hell is going on?”

Aster has created a moody piece with a delicate but devastating sense of dread.

The reason Hereditary is going to become an instant classic mostly hinges on the top-shelf work of the actors. You might as well write down Toni Collette’s name on the Oscar ballot because she delivers a career-defining performance.

Collette is marvelous and is no stranger to the genre as seen when she received an Academy Award nomination for her role in the 1999 horror film The Sixth Sense. She’s matched by Gabriel Byrne, who plays a lower-key role as the more laid-back husband and parent. Byrne does a masterful job of coming off as the stable and more competent character while everything around him is going off the rails.

But ultimately it’s the kids who bring their A-games, with Wolff continuing to impress following his stand-out performance in Patriot’s Day. Not to mention most people will be talking about young actress Milly Shapiro as Charlie Graham, who is very memorable and carries the film through the creepy first act.

Some people might have problems with how the movie ends, that conversation may dominate the summer of 2018, but that’s the mark of a great film.

Hereditary will unnerve you. It spends two hours messing with the watcher’s perception. It forces doubt into every image and scene while gradually earning the audience’s trust. By the time it arrives at the final act, you’re all-in, tumbling over the edge into the full grip of insanity.

Hereditary gets the full 5 out of 5 treatment from me. Go see it.

Playing at a theatre near you. Rated R (for horror violence, disturbing images, language, drug use and brief graphic nudity). 127 minutes in length.