It’s rather funny that the big Hollywood machine is spitting out terrible superhero movies, big budget reboots, and burning money in the name of the summer blockbuster, yet here stands a little gem in Hell or High Water that could very well be the best film of the year.

Outside of a few family films, the summer has been rather lacklustre and a pretty big disappointment as far as quality blockbusters go. But there are always a few smaller films that are beautifully written and directed that bring a well-crafted story to the screen. It’s just unfortunate that people miss out on them. 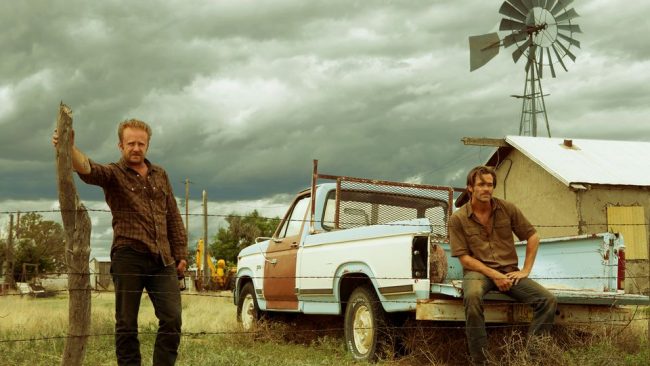 Hell or High Water is a neo-western that is on limited release, and won’t be playing in a lot of theatres – and that’s a damn shame, but it deserves to be seen as soon as people are done sitting around complaining about Suicide Squad or a rebooted Ghostbusters.

Directed by David Mackenzie (Starred Up) and written by Taylor Sheridan (Sicario), Hell or High Water is about two brothers who decide to rob a chain of banks so that they can save their family’s farm in West Texas.

It’s a part of the state where many people live under the bank’s finger of foreclosure and debt. The land is scorched, the oil boom isn’t booming, and any semblance of hope is lost in the bottle.

The film stars Chris Pine, Ben Foster, and Jeff Bridges who all put forth amazing performances. Pine and Foster have a chemistry that we saw briefly in The Finest Hours earlier this year, and thankfully David Mackenzie had a story that put the spotlight on the two talented actors and allowed them to shine once again. 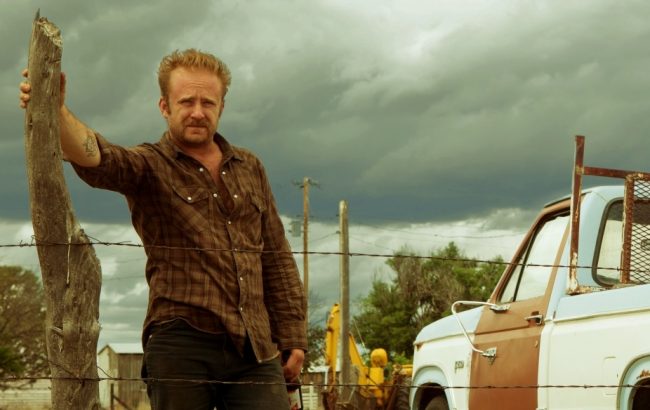 Toby (Chris Pine) and Tanner (Ben Foster) go from town-to-town robbing banks but only take the small amounts of money in the drawers and after launder it through local casinos.

Meanwhile, Texas Rangers Marcus (Jeff Bridges) and his half-Comanche partner Alberto (Gil Birmingham) are on the hunt. Marcus is about to walk into retirement but this latest crime spree keeps him in the game and allows him to get another notch on his belt.

The film plays out like a big heist movie without the gunfire and big explosions. Instead what we get is a character study and drama that keeps your eyes glued to the screen.

The brothers are almost like heroes who rob a bank that most citizens see as evil. In some ways it’s the story of Robin Hood, except the money is going to save the farm so that Toby can set his estranged wife and kids up. You see, there is oil in dem hills, black gold, Texas T, and if the bank forecloses, they’ll not only lose the family land but potentially millions of dollars that can end generations of poverty that Toby sees as a sickness.

Big brother Tanner is an ex-con who enjoys the chase, the robbing of banks and living his life through the “lords of the plains” mantra that cowboys have embraced. He is everything Toby is not, yet there is a bond between the two that is tight. What’s clear is that they are executing their plan knowing full well they’ll probably not be able to see it to the end alive. 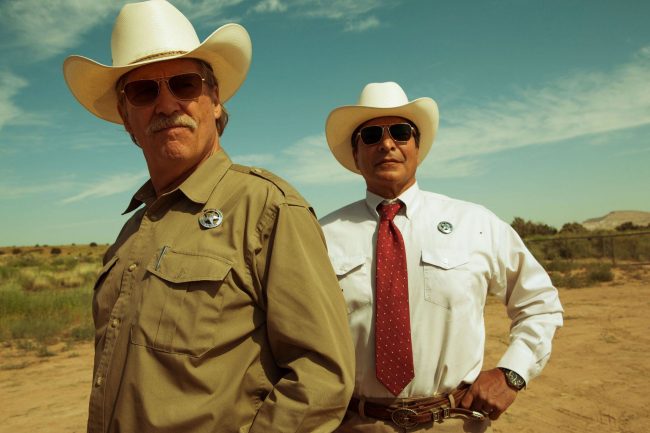 Bridges just gets better with age and gives one of his best performances (he’s had many) of his career. He’s absolutely magnetic on screen and brings a nice touch of humor throughout. You watch him as an old Ranger realizing his dream of going out in a blaze of glory instead of a rocking chair.

Hell or High Water plays out like a cops and robbers drama that we’ve seen in movies of the past, but it’s actually a far more complicated western. Sure you have the Texas Rangers, and bank robbers, but there are no black and white hats worn, instead everything falls within a shade of grey. Ultimately, the real black hat is worn by the big banks so it’s not hard to get behind the middle finger being thrown at corporate America’s greed.

There isn’t really much more I can say about this movie. It’s terrific. It’s everything you want a film to be. There are no capes or super powers, there are no big CGI effects. It’s grimy, it’s dramatic, it’s funny, it will make you cheer, it will make you think. There are some nice little twists and turns and the dialogue is just so rich and smart. 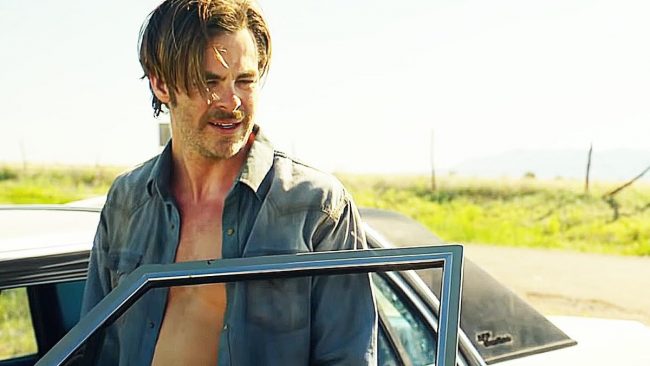 Being released in late August is a bit of a risk as far as awards season goes, but something tells me that this film is going to only gain more traction and have enough staying power like last year’s Ex Machina.

Stop saying Hollywood doesn’t have any creative ideas, you’re just not looking in the right places. Go and see this film. It’s on limited release so you’ll have to find the one theatre in your city that’s playing it. But trust me, it’s well worth your time.

This is the easiest 5 out of 5 I have ever given a movie. It’s rated R and on limited release.