January is the month where movies go to die, and Gold – a disappointment that probably deserves to be creamated – is no exception.

We are told this film is based on true events, it’s not. Maybe inspired by some sort of reality (apparently the Canadian Bre-X scandal was an inspiration) but all the names were changed, the years were changed, and the circumstances were changed. So to call it a true story is like describing Super Mario Bros. as an accurate reflection of the lives of Italian-American plumbers. 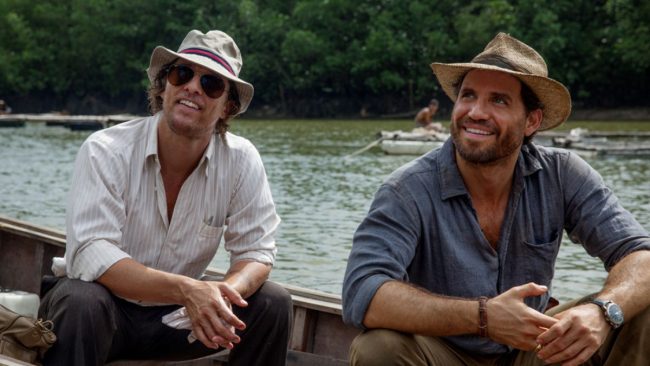 Gold is directed by Stephen Gaghan, who was responsible for a 2005 film called Syriana which wasn’t half bad, but his new flick will never be confused as anything remotely golden.

It stars Matthew McConaughey and “everyone else”. Well, actually it co-stars Edgar Ramirez and Bryce Dallas Howard. But they might as well be “everyone else” seeing as they’re just there to work off of a deranged McConaughey who goes a bit off the deep end for a character that never really existed.

I normally love McConaughey but his unnecessary weight gain, the fake teeth and the horrendous things he did to his hair all in the name of “getting into character,” doesn’t come off as artistic.

Instead his entire performance tries just a little too hard and actually becomes an unnecessary distraction to the finished film. Let’s not call it “bold choices” because running around in tighty whities while chain smoking cigarettes in every scene is not delving deep, it’s just pure vanity. Mind you, maybe his over-the-top character is the only thing that keeps this film going. 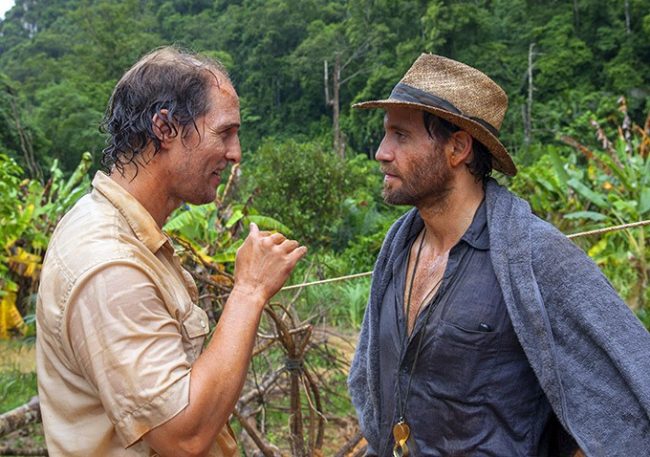 The film is about a down-on-his-luck mineral prospector named Kenny who teams up with an experienced prospector named Mike Acosta (played by the entirely wasted talents of Edgar Ramirez) in the hope of making a gold strike in Indonesia. After scrubbing enough money together and almost dying in the jungle, the two prospectors eventually find gold and their lives are forever altered in more ways than one.

Most of this film isn’t about the actual art of prospecting, but instead it focuses on all of the business aspects that are involved when they actually do find gold. McConaughey’s character is supposed to come off as quirky, but sadly his desperate loser demeanour makes it hard to find him likeable at all removing any interest we might have in his business interests as a result.

The film is also far too long. The cast of supporting characters far too one-dimensional. And the end product far too dull to be considered 18-carat entertainment. In fact by the time you hit the second act you’re looking at your watch wondering when things are going to hurry up and end. 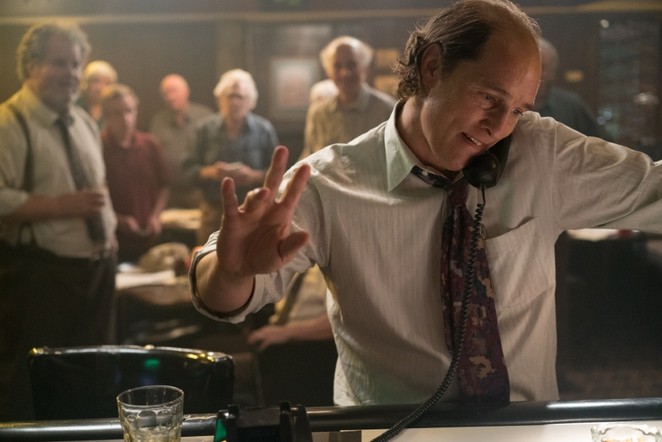 There’s no doubt that the movie is trying to be the miner’s equivalent of Scorsese’s Wolf of Wall Street, but sadly what we get is fool’s gold. It’s not something you need to go out of your way to see at the cinema. It’s long winded and although the story is somewhat interesting, it’s probably something that you can wait to watch in the privacy of your own home.

Gold had potential, but director Gaghan jumps around far too much that it loses focus. Is it a character piece? Is it a story about the underdog hitting it big? Or is it a story about greed? In the end, this film pretends to be something it’s not and when you leave, you’ll feel like you’ve be conned.

I can only sprinkle this movie with 2 out 5 pieces of golden popcorn.

Gold is playing at a theatre near you, rated 14A and is 120 minutes long.