Last time I checked within the annals of my memories, my childhood is still intact. Or at least what I can remember anyways.

One of the films most of us loved growing up in the ’80s was the original Ghostbusters. You can also add The Real Ghostbusters cartoon in for good measure too. Watching the zany characters of Venkman, Ray, Egon, and Winston busting ghosts and taking on slimy ooze, was solid entertainment. But we grow up, and all of those great memories turn into Hollywood nostalgia that studios turn into cash. 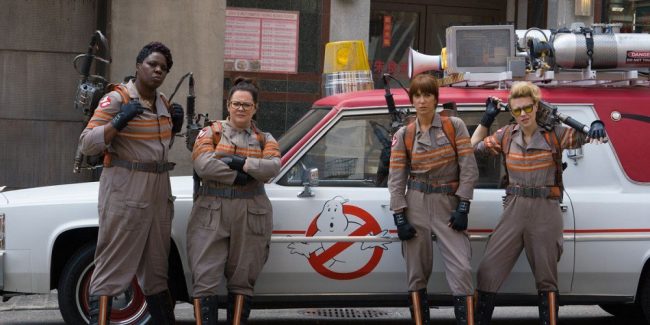 When the announcement came out that Sony Pictures was rebooting the franchise with an all female cast, comment sections everywhere went on full blast with people proclaiming their childhood was being taken away from them.

Side notes: if you made those types of comments, don’t worry your childhood is still intact and was on full display. Two, if you attached your entire younger being to a movie, you clearly needed to get outside more. Lastly, if that was indeed the case, then your childhood was ruined in 1989 due to the colossal flop that was Ghostbusters 2.

But the venom that was coming from mostly angry boys wasn’t just “reboot annoyance.” What it became was misogynistic bulls#*t that was spewed on YouTube and other social media sites. I won’t rehash some of those ugly comments, but it sounded like, “Blah Women Blah!” Some of those boy trolls needed to be lit up, trapped and thrown into a containment unit. But I digress.

So let’s put your mind at ease. This new Ghostbusters reboot is not terrible. In fact I am going to go one step further and say that it’s actually pretty entertaining. Imagine that?! Now I won’t get carried away and call this a great film, but the best part about it, are the four leading ladies. 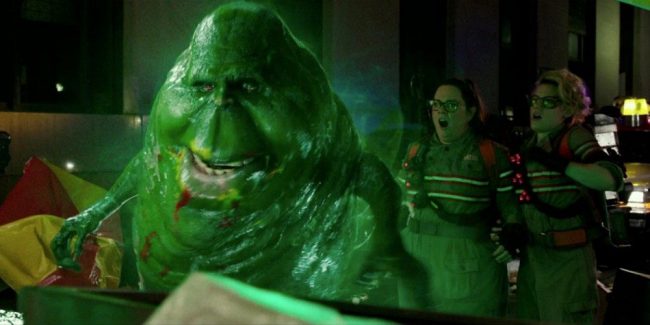 Paul Feig is a pretty good director who has made some fun movies in the past (which also had pretty weak trailers) and so there was some optimism that the franchise was in good hands.

Throughout this film there is a steady diet of nostalgia, with the original actors making small and sometimes awkward cameos, and writer Katie Dippold creating a script that plays homage the original 1984 classic. But the reverence to the original never really slaps you in the face nor does it feel over the top. Instead we get a bit of a different take on the origin story in order for this film to stand on it’s own merits.

This time around, the crew of paranormal enthusiasts are Abby Yates (Melissa McCarthy), Erin Gilbert (Kristen Wiig), Jillian Holtzmann (Kate McKinnon) and Patty Tolan (Leslie Jones). These misfits join forces to fight unusual supernatural activity in New York, and at the same time try to create their business and the technology to trap those pesky ghosts. 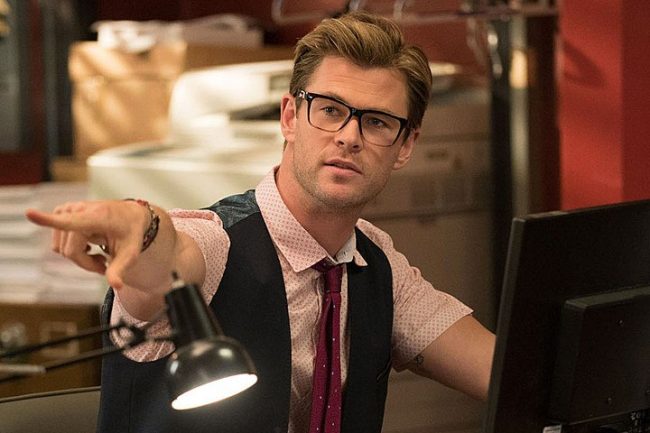 They hire Kevin, played by a brilliantly funny and scene stealing Chris Hemsworth, as their bimbo secretary. He’s your male version of the dumb sex object which is clearly a middle finger to Hollywood. No, this film doesn’t take itself too seriously nor does it go into full feminist mode, but it still finds time to make fun of the movie making establishment and fanboys as alike. There is a great scene where Holtzmann goes online to read an internet comment, that actually sounds like one of the original mean spirited YouTube comments from the hated trailer.

The first half of the film is back story and an introduction to characters, and that’s really where this movie finds its charm and humour. The second half is devoted to busting CGI ghosts with proton packs and one liners. Unfortunately, this is where the film starts to feel bloated like a giant Stay Puft Marshmallow Man (who also has a quick  inflated cameo).

The final battle scene falls flat, and what we end up getting is your prototypical summer action flick. Nothing new is brought to the story or the genre, except for a few new gadgets created by Holtzmann, who really should be working for NASA with the amount of inventions she can pump out on a daily basis. 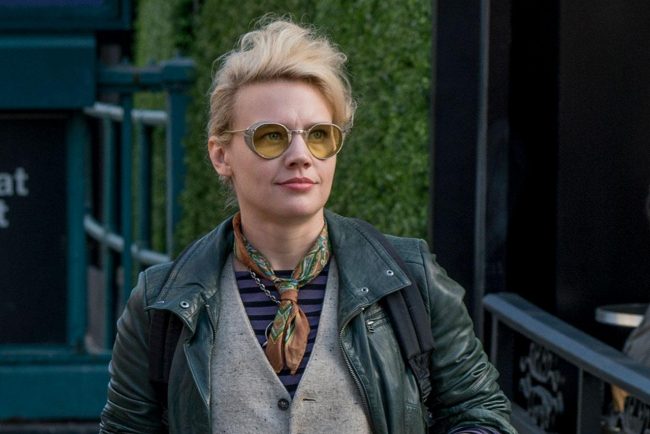 Speaking of the nuclear engineer Holtzmann, Kate McKinnon is a joy to watch, and although the entire cast should be commended for their performances, McKinnon is the star that shines the brightest here. She’s a special combination of hellfire and hilarity that really keeps the film moving even through some of it’s pacing problems.

In what has been a pretty lacklustre season on the big screen thus far, Ghostbusters is entertaining, and it’s one of the better big budget films you’ll see this summer. The reason this movie works is because of the brilliant casting of four talented and very funny women.

So if we are truly going ahead with this whole reboot thing, at least it has gotten off to a good start. There is definitely room for improvement, but the franchise has something to build off of. Yes there will be a sequel; all you have to do is watch the after credits scene to know what’s coming next. 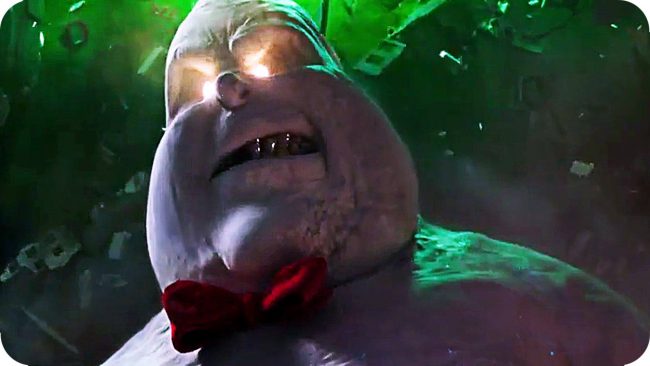 This is a new Ghostbusters for a new generation. Take your kids (PG-13) so they can enjoy some of that ghost busting magic that some of us grew up loving. Maybe one day when they get older they can complain about their childhood being stolen away from them when Sony casts three dogs and a paraquat.

Giving Ghostbusters a 3 out of 5. Definitely worth checking out in 3D.