In Get Hard Will Ferrell is up to his old comedy shenanigans again and this time he brings Kevin Hart along for the ride for a cliche buddy film about prison preparation.

Before the screening began there were some women who were wearing free promo t-shirts that said Get Hard across their chests. Add some cheetah print leggings and you’re ready for a trip to Walmart.

Also on the screen it told people to use the hashtag Get Hard when talking about the film on social media. Something tells me #GetHard doesn’t just give you people’s movie reviews.

Obviously the title of the film is supposed to be full of sexual innuendo and to make you giggle like a school girl. After a few preparatory hits from a joint…mission accomplished. Teehehe.

Get Hard, which is directed by Etan Cohen, is about a super rich financier named James (Will Ferrell) who faces 10 years in the penitentiary after being convicted of fraud and embezzlement. He’s terrified of the idea of going to prison but most of all he is scared about getting gang raped. 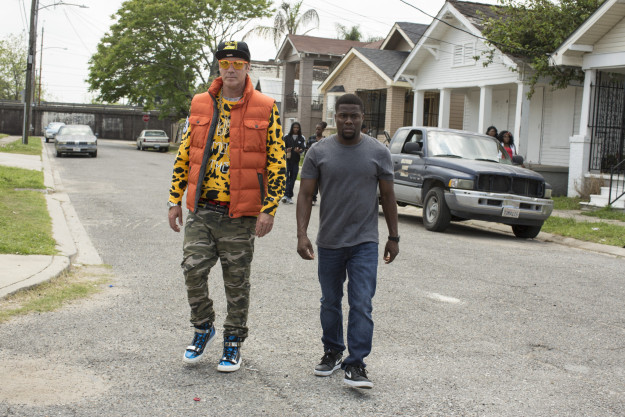 James hires Darnell, the upwardly striving car wash owner played by Mr. Hart, to teach him how to protect himself. Why? Because James assumes that, as a black man, Darnell must know all about prison.

The film also stars Edwina Findley as Darnell’s wife, Alison Brie as James’s materialistic fiancée, Craig T. Nelson as her father, who is also James’s boss and John Mayer as himself. Rapper T.I. is also in the film and just when you think he’s playing a stereotypical gangster, he actually pulls off one of the best performances. 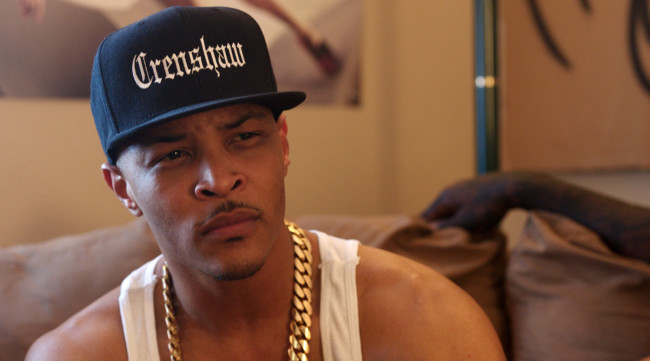 Nowadays studios will sink a lot of money into comedies and just let the funny actors do their thing even if the story doesn’t make any sense. Get Hard is a perfect example of this.

Will Ferrell, who may not be everyone’s cup of tea, does what he does best and that’s being Will Ferrell. It’s hard not to laugh or snicker but is it smart comedy? No it’s comedy of the lowest common denominator and both Ferrell and Hart have done better work.

First off, the film borderlines on racism and although jokes about race can be funny, Get Hard walks the line between funny and crude with moments that cross the line into unnecessary.

With there being so much attention on race and economic divides in our world today, the film tries to make light of both. Although smart comedy can come out of those types of social issues, this film completely misses the boat and that’s a shame because there was some real potential there. 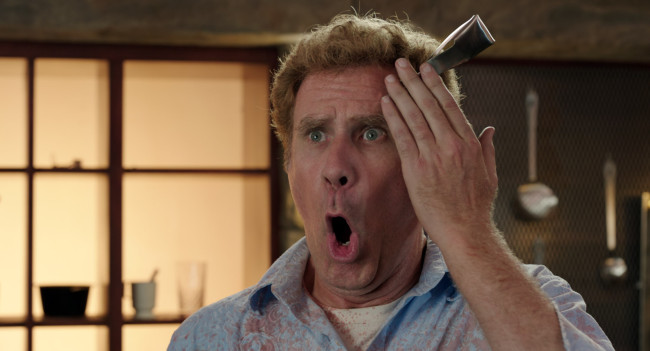 The film was basically a series of comedic sketches all made up of race and rape jokes which were told over and over again. It’s how comedies are these days. Write as many jokes or funny scenes as possible and at some point there will be enough laughs that will make viewers forget about the many unfunny parts.

Don’t get me wrong it’s hard not to chuckle at the comedic stylings of Hart and Ferrell. They both have fantastic timing, and there are some scenes that play to your inner pubescent teenager.

When I first saw the trailer for the film I was stoked about the possibilities. There really haven’t been any comedies that have come out the last few years that could go down as instant classics. Unfortunately the trailer gives away some of the best parts.

There just seems to be a lack of ideas and original storytelling in Hollywood these days. I have no problems taking comedy to the toilet but there still needs to be a story and the characters should be people you care about.

Save your money. Wait to see Get Hard on Netflix or video on demand at home. There are some funny moments but overall this film is getting 2.5 raindrops out of 5. If you’re a fan of Ferrell or Hart you’ll probably enjoy some of it, but a few scotches or bong hits will be needed as performance enhancers. This film is rated 14 A.