For those of you who like cinematic overkill with a lot of bullets whizzing by, Free Fire is the film for you.

Free Fire is directed by Ben Wheatley and written by his wife Amy Jump (High-Rise), and is a love letter to the stylistically violent films of the past. The Quentin Tarantino influences are sprinkled throughout but it also has a bit of Sam Peckinpah, John Woo and Martin Scorsese (producer) layered within. But for all of its influences, nobody has ever done a 90-minute shoot’em up like this. 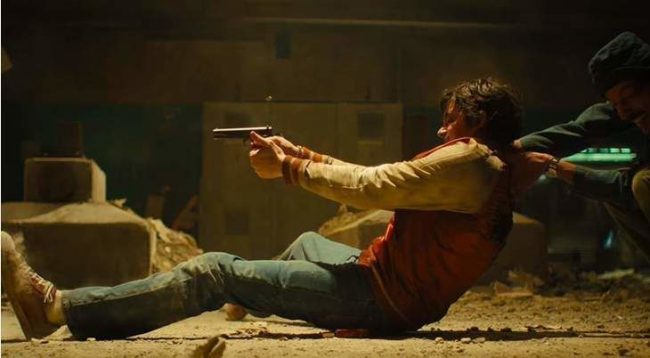 This PSA for gun control is full of nonstop bullets, f-bombs and a cast that includes Sharlto Copley, Armie Hammer, Brie Larson, Michael Smiley and Cillian Murphy. It’s a cast that doesn’t do a lot of monologues or soliloquy but there are definitely enough one-liners in between rounds that keep this action film moving forward.

The story is pretty basic and takes place in the year of 1978 in Boston where Justine (Brie Larson) has brokered an arms deal in an abandoned warehouse between two Irishmen (Cillian Murphy, Michael Smiley) and a gang led by Vernon (Sharlto Copley) and Ord (Armie Hammer). Unfortunately, things get tense when Vernon and his crew bring the wrong guns to the deal, and two opposing low-level lieutenants have a personal beef with one another.

The tension boils over when someone is shot which sends both parties scattering throughout the warehouse and the fun begins. 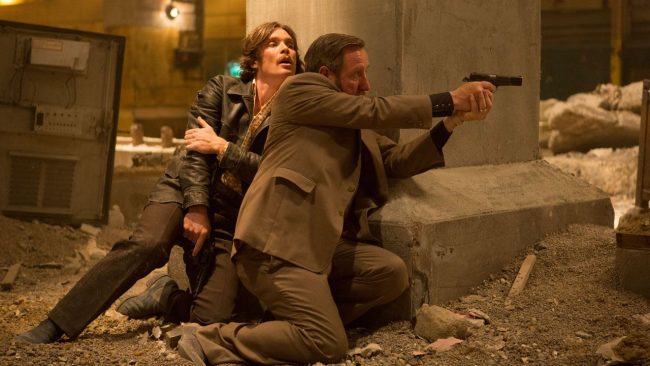 The rest of the film is just a gun fight full of double crosses, hilarious lines, and limbs being shot. That’s pretty much it. It might sound dumb, but actually, this movie is pretty cool to watch and although it won’t reach the levels of Tarantino’s Reservoir Dogs, this is a fun romp for those of you who miss this style of violent insanity in their films.

There isn’t a lot of time for character development but you get to know these characters as they interact with one another while reloading their weapons. As good as Armie Hammer, Cillian Murphy, and Brie Larson are in their respective roles, it’s actually Sharlto Copely who truly shines as the unhinged and misogynistic Vernon. 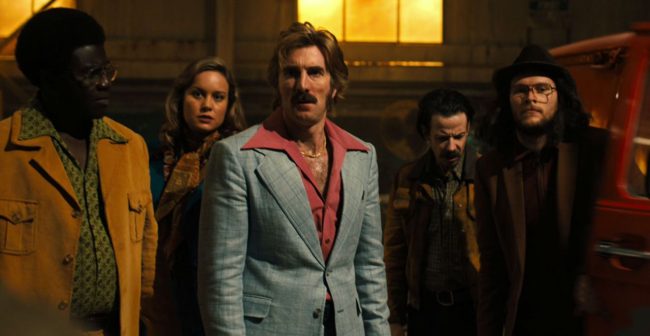 There are enough oddities in this flick to keep you interested including people being shot or maimed to the tune of John Denver’s “Annie’s Song.” This film has that 70s B-film vibe to it and although it might not be to the level of Wheatley’s previous work like Kill List or the ambitious High-Rise, Free Fire is enjoyable if you love to watch people go down in a blaze of glory. 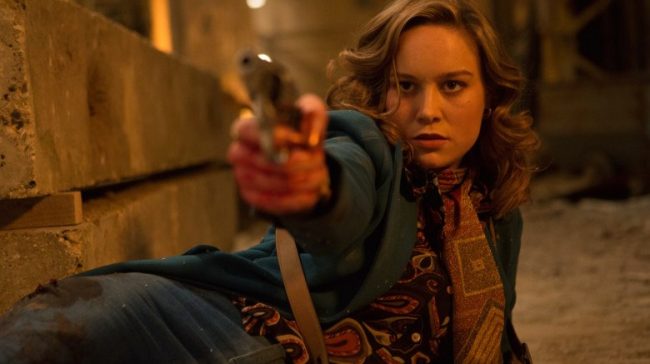 This isn’t really a film you need to rush to see in a theatre, but I always tell people that these smaller movies get made when people support them at the box office. That said this is a movie you should check out at some point and that’s why I don’t mind giving this 3.5 rat-a-tat pieces of popcorn out of 5. This one will garner a big cult following.

Free Fire is playing at a theatre near you, it’s rated R, and is 90 minutes in length.