When watching the new Will Smith film Focus, I went in with very low expectations. The trailers looked awful and to be honest, “The Fresh Prince” hasn’t done a good movie since the mid 2000s.

There are a lot of great big heist films out there like The Sting, The Grifters, Ocean’s Eleven and even Catch Me If You Can. In the same vein of those great films, Focus tries to breath new life into the crime caper action drama with a fun and twisty storyline.

The film is directed by John Requa and Glenn Ficarra who brought us the smart 2011 comedy Crazy, Stupid, Love.

As mentioned, I went in with very low expectations because Will Smith has been playing his own con game for the last few years by stealing people’s money with really sub par films. It’s not entirely his fault but his choice of projects has slightly tarnished his A-list status. The man can act and all he needs is a good comeback project.

In Focus, Smith plays a con-artist named Nicky, AKA “Mellow.” He leads an organized gang of pickpocketers through New Orleans stealing everything from watches, wallets and credit cards. You name it, they lift it. 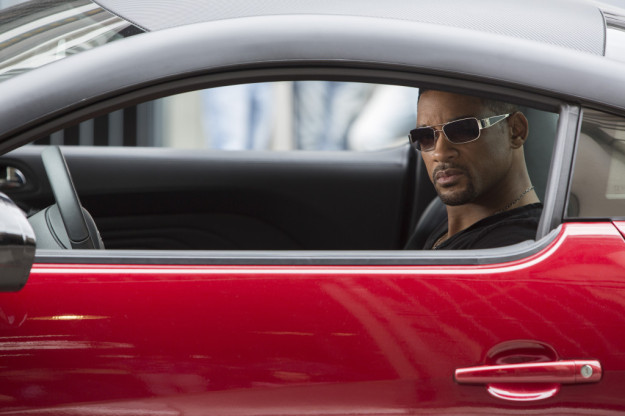 However, Nicky’s biggest challenge comes when he meets Jess (Margot Robbie) a beautiful low-level grifter in training. The number one rule in the business is to not fall in love, and of course that becomes easier said than done when Nicky takes Jess under his wing. It’s Margot Robbie for God sakes! Rules are meant to be broken.

The film tries to mimic some of the great caper films of the past but ultimately it doesn’t really even come close. That said, it’s still a fun movie to watch. Will Smith delivers a very solid performance, one that he desperately needed, and the chemistry that he has with Robbie is fantastic. That said, the real life age difference really creeps me out.

There are definitely some intense scenes, like when Nicky, who is a great con-man but a horrible gambler, and Jess go to the Super Bowl. What starts out as a lighthearted gambling turns into a stand off between Nicky and a high roller named Liyuan played by the great BD Wong. 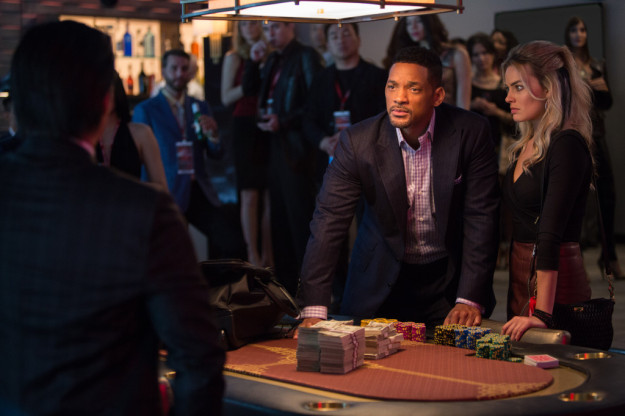 Just when we think we understand what is going on, the story twists. We’re just along for the ride like a “little blind mouse” a term that Nicky coins in the film. Throughout the story you can’t help ask the question, who is conning who?

Smith is at his best when he is charming and witty and we get that, but ultimately most of the laughs come from Nicky’s “side kick” Farhad played by the hilarious Adrian Martinez. There are definite moments where the theater was laughing out loud. 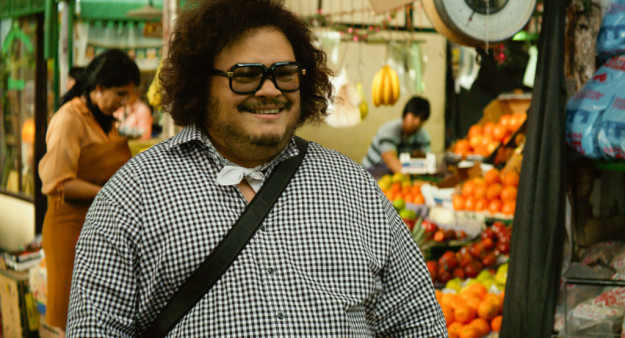 I also got a kick out of the character named Owens played by Gerald McRaney, who you may recognize as Raymond Tusk in the Netflix original drama House of Cards. In this film he has some great scenes with Smith especially when he meets Nicky in his hotel bedroom.

Focus isn’t terrible, and to be honest it’s a solid piece of entertainment for a late February night out. For me it was a pleasant surprise and a film that Will Smith needed.

It was about time that Smith got away from the science fiction action genre and got back to some humour and intrigue. If anything, he should also be looking to do more dramatic and deeper roles. It doesn’t always have to be big dollar action films. Something a little more independent would be a great move because Smith does have acting chops. That said, Bad Boys 3 is in the works. 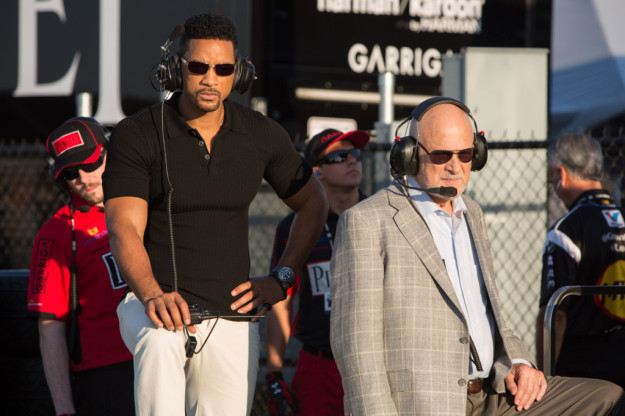 As for Australian actress Margot Robbie, she also has some serious talent and isn’t just a pretty face. Her upward trajectory will continue to rise after this film. Most of us remember her from Wolf of Wall Street but I recommend checking her out in Z for Zachariah where she really shines.

Overall, Focus is a fun night out at the movies. Most critics are giving it an average rating. Ignore Rotten Tomatoes on this one. Sometimes we just need to turn off the brain and see something entertaining. I recommend checking the flick out.

I’m giving Focus 3.5 out of 5 raindrops. It gets the extra .5 for fun. I was pleasantly surprised.