The Finest Hours is more like two hours of melodramatic and cliché storytelling.

On February 18, 1952, two oil tankers got caught in a large-scale storm off the coast of Cape Cod, just miles from Chatham, Massachusetts. Both tankers are ripped in half, but the Coast Guard was only aware of the SS Mercer so they sent all their resources on a daring rescue mission to save the crew.

However, after finding out that the SS Pendleton also needed an immediate rescue, the U.S. Coast Guard called upon an inexperienced crew who go on a suicide mission by heading out to the big stormy sea in a small rescue boat.

The mission is considered one of the most dangerous rescues in Coast Guard history. Unfortunately, for such an inspiring story, director Craig Gillespie puts together a film that is so cheesy and stacked full of stock characters, that the real-life heroism doesn’t get the treatment it truly deserves.

The film stars Chris Pine, Casey Affleck, Ben Foster, Holliday Grainger, John Ortiz, and Eric Bana. Looking at that cast it’s easy to think that on the surface the film should be somewhat decent, but you need more than just solid actors to make a story work. 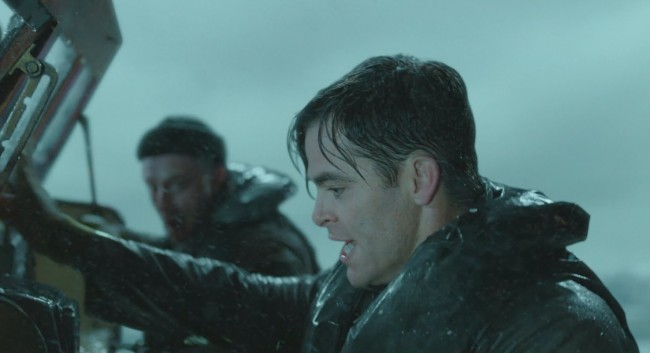 Everything is force fed as if the audience can’t be trusted to know what’s going on. From the instant love story we get during the first few minutes of the film, to the over-the-top and melodramatic ending, it’s a Disney-fied version of events that doesn’t require much in the way of thought.

Overall the performances are okay, but it’s hard to blame these fine thespians for a script that portrays them as little more than one-note personalities.

Chris Pine isn’t half bad as the quiet and honorable Mate First Class Bernie Webber, who always wants to do everything by the book. He even feels the need to ask his commanding officer (Eric Bana) permission to marry his girlfriend Miriam (Holliday Grainger) even though everyone knows that it’s just an old-school formality. 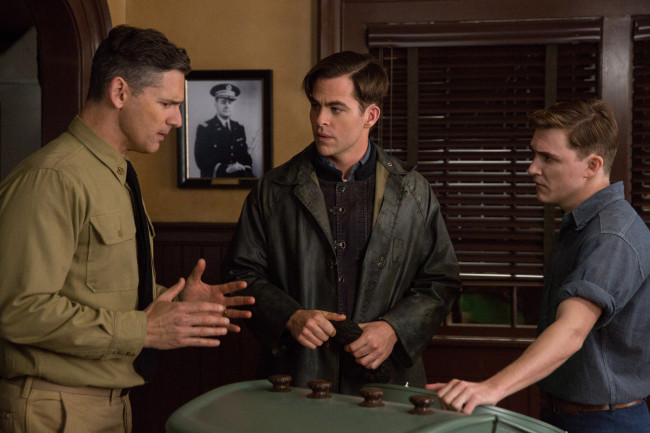 Eric Bana, who appears to struggle with the southern accent, plays Chief Warrant Officer Cluff, a very wooden character who is clearly inept at his job. Grainger has some nice moments as Miriam, but those were few and far between as she spends most of the film wandering around being angst.

There is no emotional attachment to any of the characters. Even Casey Affleck, who is a fine actor, plays his character Ray Sybert as a brooding and mumbling ship engineer who comes up with smart plans to keep his broken tanker afloat.

Affleck’s character just doesn’t work, along with the rest of the cliché-ridden 33-man crew upon the SS Pendleton. Everyone from the tuneful chef who sings when times are tough, to the hothead crew member who doesn’t want to stop and actually listen to Ray’s logic, we have seen these characters before. There’s nothing new or personal here.

The same could be said about the all too predictable plot. There is no sense of realism to the characters or the story. Sure it has its moments of action and intrigue, but everything feels as heavy handed as the Boston accents the actors put on. 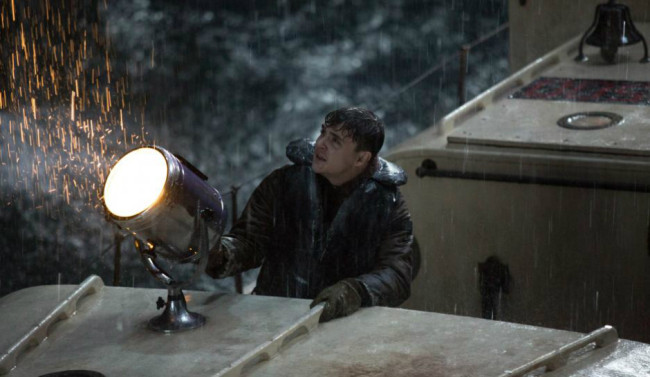 Despite all the big action and wave-smashing fury, something about the film feels entirely fake, as if the entire project was shot in front of a green screen with every outdoor element added in post-production.

The Finest Hours feels stitched together. There’s nothing powerful or moving about the story and we’re never invested in these characters. The sad part is that there was actually a lot of potential here. The real life story is pretty crazy when you research it further, and the heroic tale deserves far more than this pedestrian adaptation, the two hour running time of which ironically fails to live up to the movie’s title. Too bad I have to give this one 2 raindrops out of 5. Wait to see this one at home.

The Finest Hours is rated PG-13 and can be seen at a theatre near you.