Equals is a slow burning sci-fi about a dark dystopian future within a colony full of emotionally blank people. Yet critics show a wide array of emotions regarding film.

The earth has been scorched by a great war and for society to rebuild; humans are created unable to feel. There is no hate, no empathy, and no love.

Speaking of no love, I had a chance to chat with director Drake Doremus about this new film which hasn’t been receiving the love it deserves. I asked him about the mixed reviews that critics have given his latest project.

“It’s interesting the whole mixed reviews thing. I feel like with the films that I love and the ones that I end up really appreciating, are the films that are like that, because they’re specific, they’re not broad, they’re not meant for everybody,” Doremus told me. “They’re specifically made and therefore the audience is specific. I feel like I’m always been trapped in that place where I wonder if I should make something more broad or something that everybody likes, but it wouldn’t be honest or true to myself. As I get older and make more films I get less and less aware of that stuff. It’s fascinating that people either really love this film or really hate this film. It’s kind of cool and interesting.”

The story will remind you of a few different films of the past. It’s like when you drink a glass of wine and you can taste the subtle tastes of oak or berry. With Equals there are subtle influences of 1984, Equilibrium and Romeo and Juliet, although Doremus was never much of a science fiction fan growing up.

“No I wasn’t a big fan of sci-fi. I’m still not,” Doremus laughed. “But I do appreciate it because it’s so foreign and different for me. That’s probably why I wanted to try it, because I did appreciate films like Blade Runner, Fahrenheit 451 and films like that. So I was super fascinated in trying something different and entering into a genre that could stretch me a little. I was really grateful that I got a chance to do it.”

The film centres around two characters named Nia (Kristen Stewart) and Silas (Nicholas Hoult). Nia is a writer that works for a company that creates and promotes space travel in a post-apocalyptic society. Silas is the illustrator who draws out the pictures that goes with Nia’s words. Everyone wears white, talks in a somewhat monotone voice, and in their free time, they work on puzzles. It’s a dire and boring place to live. 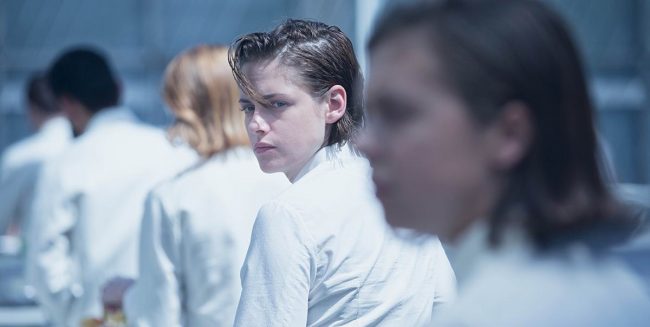 Doremus creates a world devoid of emotion, but his brilliant use of light, imagery, and sound creates a very atmospheric and alluring setting.

Stewart, may not be everyone’s cup of tea, but she has come a long way since her time kissing sparkly vampires in Twilight. Over the years she has taken chances and done the work that has shown her range and depth. Stewart can act, and if anything, her subtle nuances are why she was perfectly cast in Equals.

Nia and Silus find out that they both suffer from SOS (switch on syndrome) where they start to feel real emotions, including love, lust and loss. The chemistry between Hoult and Stewart really pops on screen just as much as the cinematography. They have to hide their feelings or they will find themselves taken away, given “the cure” and back to becoming drones with no feels. 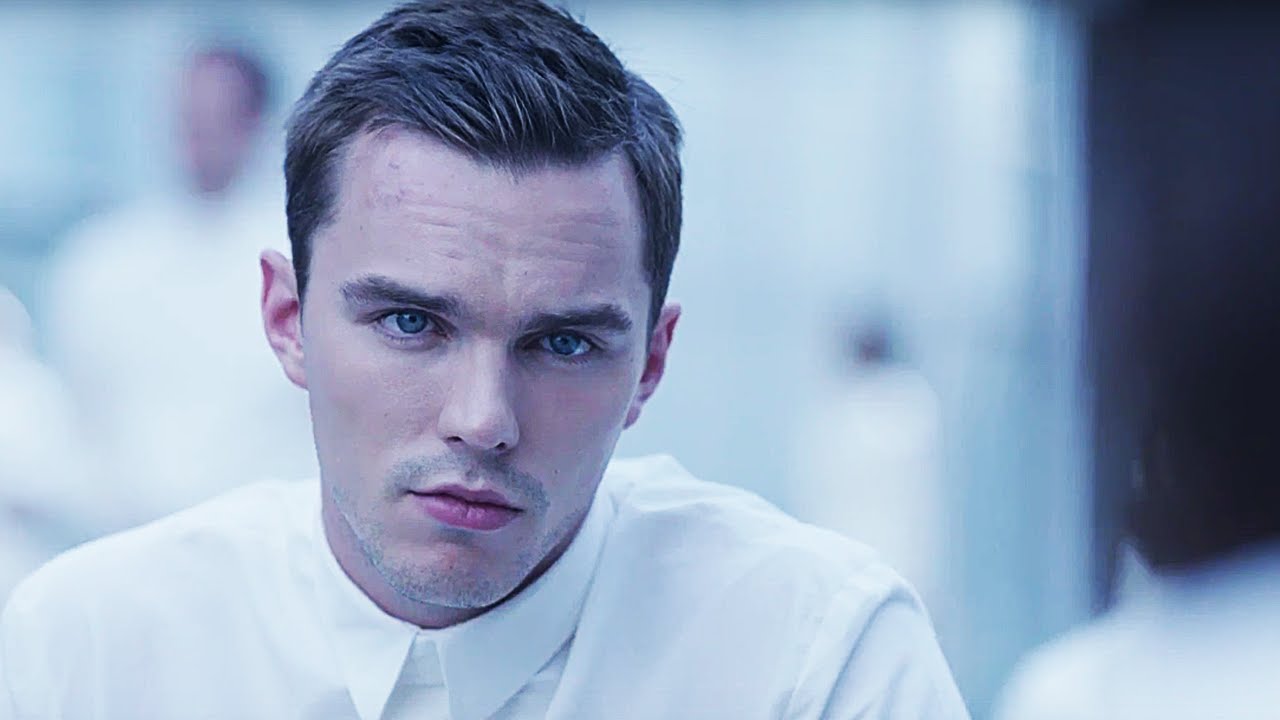 This is also the second time that Doremus has worked with Guy Pearce, who has a co-starring role in this film as Jonas. Pearce brings that “it” factor to any movie. He has that certain magnetism on screen that this story greatly needed. All of the acting performances were solid and helped push this film through some of its slower moments.

This idea of humans being created to feel no hate and the side effects of that is feeling no emotion at all, is an interesting concept, especially with everything going on in the world today.

For the progress of humanity the idea of hate is something that is a huge deterrent. You can think about that in present times with how the world is today. I think the idea of removing hate and not really thinking about the consequences that love and hate are connected is interesting. They try and do good and something right, but they lose out on what’s so important.

Overall Equals is a slow burn, and not for everyone. Although it takes place in the future, it’s essentially a love story with science fiction as the backdrop or setting. The film is a total trip and gorgeous to look at.

The story might be simplistic and probably something we’ve seen in a few hundred romance movies before. The difference is that we are seeing Nia and Silus experience all of these ranges of emotions for the first time. The film builds to their first touch, their first kiss and their first expressions of love. Those “firsts” eventually lead to hundreds of lies that lead them down a rabbit hole that they may not be able to escape from. 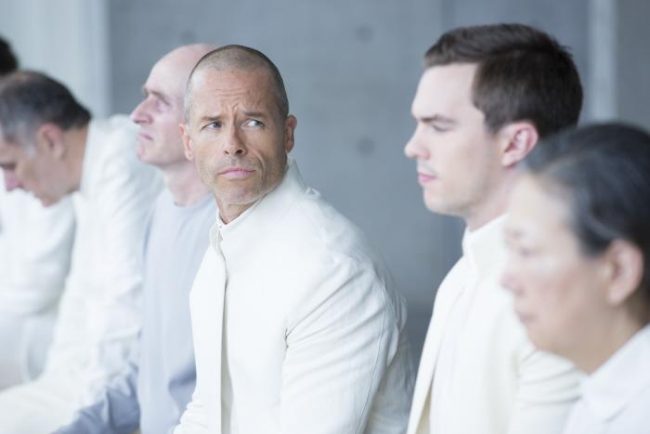 I always find some satisfaction in liking a film that other critics may not have appreciated as much. It’s rather interesting that for as bland or sanitized as the subject matter is, the film really stands out amongst all of the big budget eye sores that we’ve seen on the big screen lately.

Equals gets a solid 3 out of 5 from me. If you like art on screen, check this out.