Doctor Strange is a psychedelic head trip that boasts amazing visuals along with a solid performance by “The Cumberbatch.”

As we enter what Marvel calls “Phase 3” of their cinematic universe, we briefly move away from the Tony Starks and Captain Americas of the world, and jump into the realm of magic and sorcery with Doctor Strange. 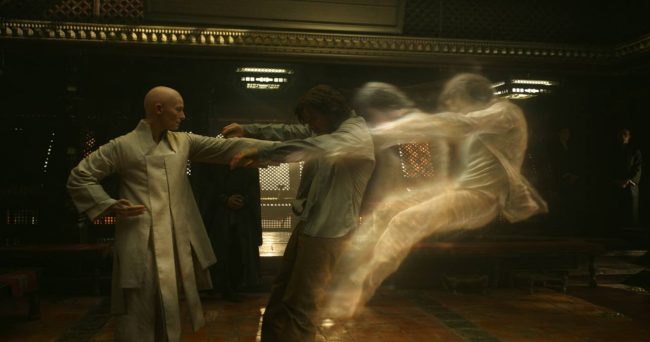 The true magic comes from how Marvel and director Scott Derrickson turn a minor comic book character into a major on-screen superhero. Just like the comic books, the film focuses on Dr. Stephen Strange who is an egotistical neurosurgeon who loses the use of his hands after crashing his Lamborghini. Treat the accident in the film as a PSA about the dangers of texting and driving.

After every attempt is made to try and fix his hands, Strange heads to Kathmandu, Nepal to meet The Ancient One (Tilda Swinton) who shows him the ways of the mystical arts – and I’m not talking about Yoga and Acupuncture. At first, Strange is reluctant to believe that magic can heal his hands, but he soon realizes that there is so much more that needs healing than just his extremities. You know, the whole put your ego aside, heal your heart sort of dealio that we’ve seen in so many films before.

The casting of Tilda Swinton as The Ancient One was a curious decision because in the comics she’s a he and he’s a Tibetan man. Although director Derrickson defended his choice by trying to do something different with the character instead of the stereotypical old Asian master, Swinton just seems to be out of place. I’m not saying she was terrible, but people have a reason to gripe about the whitewashing here. But I digress.

While Strange learns the art of magic, which surprisingly doesn’t take him long to figure out, a former pupil of The Ancient One named Kaecilius (Mads Mikkelsen) has become a turncoat with unclear motivations. He’s a pretty one-dimensional bad guy who battles Strange in what’s called the Mirror Dimension. 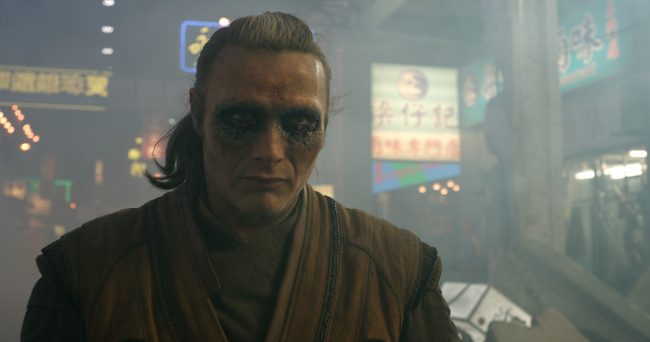 There is no real motivation given why Kaecilius and Strange have a problem with one another. They don’t have opposing ideologies or any kind of tragic emotional history. If anything, they are just an inconvenience to one another.

What’s too bad is that Mikkelsen is a fantastic actor but is left relatively useless as a pretty cliché baddie. This isn’t anything new as the MCU has become notorious for wasting fantastic actors in thinly-written villain roles.

Despite the lack of well-rounded characters and a pretty convenient storyline, Doctor Strange makes up for its faults with amazing action sequences and breathtaking visuals full of neon purples, cerulean blues and blood reds. You don’t need to be Cheech or Chong to fully appreciate the trip.

This movie follows the same Marvel formula that we have come accustomed to and that’s really too bad because this film had a real chance to be different and raise the bar when it came to story structure. I understand it’s an origin story, but with everything that this film offers why couldn’t we paint outside of the lines just a little? Unfortunately they played it safe. 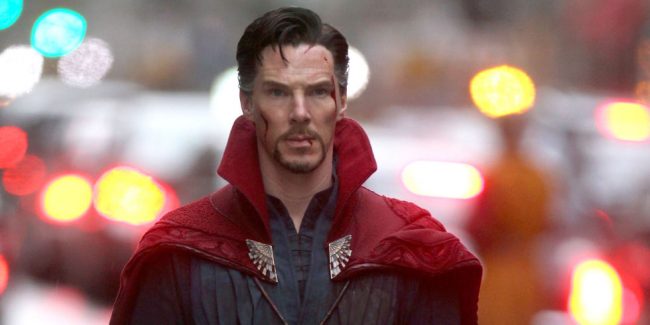 Benedict Cumberbatch was the perfect casting choice for Strange and although the film falls into some of the same old familiar Hollywood tropes, he looks comfortable wearing the cape and playing the egotistical hero that’ll remind you a lot of Tony Stark in Iron Man.

In fact, both Stark and Strange are eerily similar and I get it, Stan Lee had a thing for rich and egotistical characters learning from their ways and becoming heroes and better people. I just wish they spent a bit more time on character development to at least differentiate the two characters.

Rachel McAdams is great as Strange’s ex-lover/co-worker Christine Palmer for the limited amount of scenes that’s she involved in. There is some real chemistry between Cumberbatch and McAdams and there is a love story somewhere in there, but it never really gets flushed out or pushed as the main focus. There are also some funny scenes between Strange and Wong (Benedict Wong), the keeper of the sacred books. Although, some of the jokes are mainstream pop culture gags that I’m not sure will stand the test of time.

Undoubtedly the best part of the film is the attention to cosmetic detail. The costumes are great, the CGI is trippy, and the cinematography is top notch. It’s definitely the most gorgeous Marvel film we’ve seen on screen. I compare it to Christoper Nolan’s Inception but on steroids. They do an amazing job of building this new world where magic can move and alter reality.

All of the little nitpicky things I mentioned above can be forgiven because the movie is a good time and ties in nicely with the rest of the MCU. Oh, that reminds me, make sure you stay for the credits as there are two scenes that tie in nicely to what is coming in phase three of the Marvel cinematic universe. 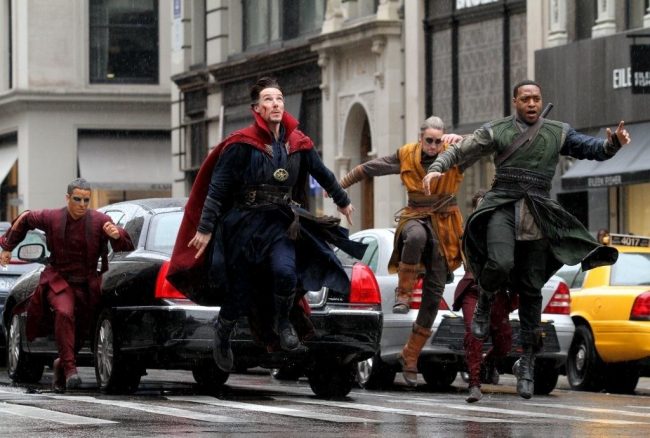 Overall this film is fun and I can’t stress enough that it’s even better to see on a very large screen with 3D glasses. Trust me, it’s rare that I recommend 3D glasses as I believe they usually bring nothing to a movie besides extra dollars. If you can make time to see it on an IMAX screen go and do it. You’ll thank me later.

As I mentioned above, Doctor Strange isn’t perfect and it’s pretty formulaic with a paint by numbers origin story, but boy that paint sure is purdy! As I’ve said in previous reviews, flaws can be forgiven if you sit down and enjoy yourself. There is a lot of fun and eye candy in this film to appease the fans.

By the Eye of Agamotto! I give this 3.5 pieces of psychedelic popcorn out of 5. Go check it out.

Playing a theatre near you. Rated PG-13 and 130 minutes