You know what’s truly despicable? Illumination and Universal Pictures allowing their Despicable Me franchise to fizzle out when it held so much promise.

The newest installment directed by Pierre Coffin and Kyle Balda might pass the children’s, “I love minions” litmus test, but as a critic, I can safely say this is the weakest film in the franchise. 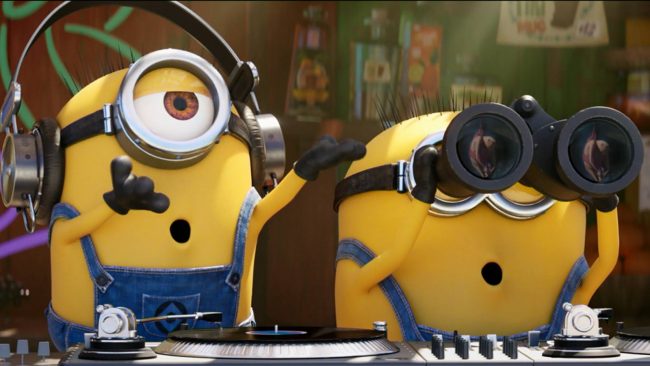 This is what happens when studios get money hungry and movies are made for financial reasons rather than creative. It’s the nature of the beast and expected for a franchise like Transformers, but it didn’t have to be this way for Despicable Me.

Despicable Me 3 is not to the caliber of any of the previous films. What’s surprising to me is how quickly this series has hit the exhaustion point. Maybe part of the problem could be blamed on Illumination taking their lead character in Gru and completely castrating him into a heroic suburban dad who now fights bad guys, instead of being one.

It was Gru’s inner conflict between good and evil that made him so fascinating. But since he made the full turn to the light, you can say this franchise has lost its bite. As a way to make up for that, new characters have been introduced to help bring back some of that previous magic. 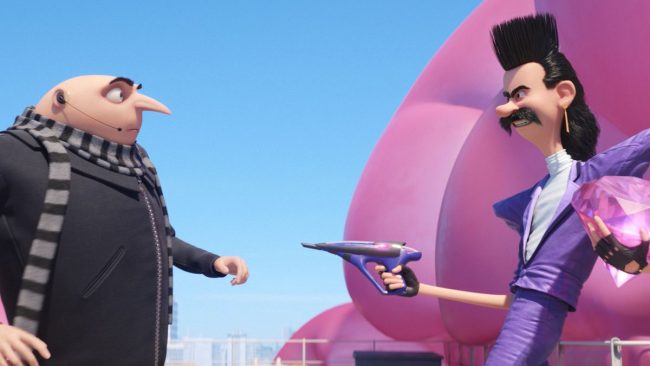 Despicable Me 3 features some familiar voices in Steve Carell and Kristen Wiig, but they also bring Trey Parker (South Park) into the mix to play the evil villain Balthazar Bratt.

Balthazar is stuck in the ’80s with his mullet, shoulder pads, and random dance routines to classic tracks from Michael Jackson, Dire Straits, and Madonna. The evil former child star is after a large diamond to help power his giant robot so that he can get his revenge on Hollywood.

Gru and Lucy, who now work for the Anti-Villian League, try to stop Balthazar and his evil heist but they fail badly which leads to their firing from the AVL. Could it mean an opening for Gru to be tempted back to the dark side? Nope.

Even the minions are tired of good guy Gru, and so they decide they are going to revolt and leave their long-time leader behind. But their new life of crime comes to an abrupt end when they are caught by the authorities and thrown in jail. 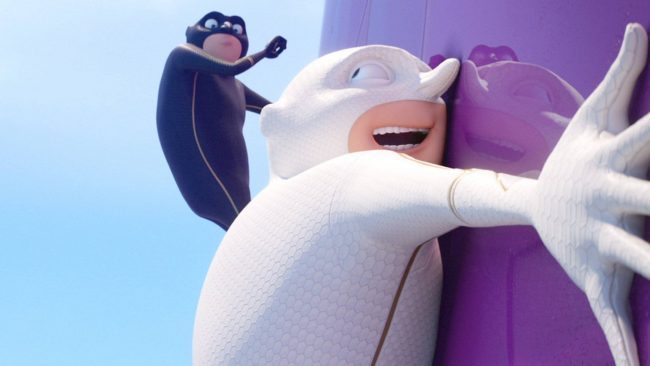 With no job and no minions, Gru and Lucy pack up their adoptive kids and head out to Europe where Gru makes contact with his long lost twin brother Dru, also voiced by Carell. The dim-witted brother, who would rather be a villain, decides to help Gru under false pretenses thinking they’re stealing the diamond instead of actually taking it from Balthazar and saving the world.

Anytime you introduce the long lost twin angle, you know a franchise is entering burnout. This entire film lacks any kind of flow. It plays like a series of vignettes all pasted together to make a 90-minute movie. 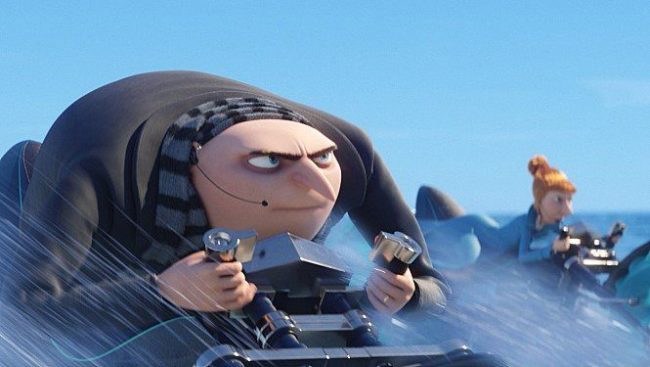 It was the quirkiness and uniqueness that I appreciated about the previous films. There was always a nice blend of heart and humour that made these animated family films far more bearable than some of their counterparts. However, just like Gru, Despicable Me 3 turned its back on what made it special. Instead, what we get now is nothing more than a franchise selling out.

Despicable Me 3 isn’t a terrible film, but it’s not great either. Sure, most kids will get sucked into it because they love the characters, but as a critic I have to say it’s not worth dropping money on and seeing it at the theatre.

Opens at a theatre near you rated G and is 90 minutes.