There’s a monster inside all of us.

Anne Hathaway plays Gloria, an unemployed woman who returns to her boyfriend Tim’s (Dan Stevens) apartment, following another night of heavy drinking with friends, only to discover he’s packed her bags and given her until the end of the day to move out.

Let’s be honest, if you can’t lock down the dude from Downton Abbey and Legion you must have issues.

So, our defeated and flawed hero heads to her suburban New York childhood home (a majority of the movie was actually shot in Vancouver) and begins squatting inside her parent’s vacant property while dealing with chronic neck aches from an inflatable air mattress. 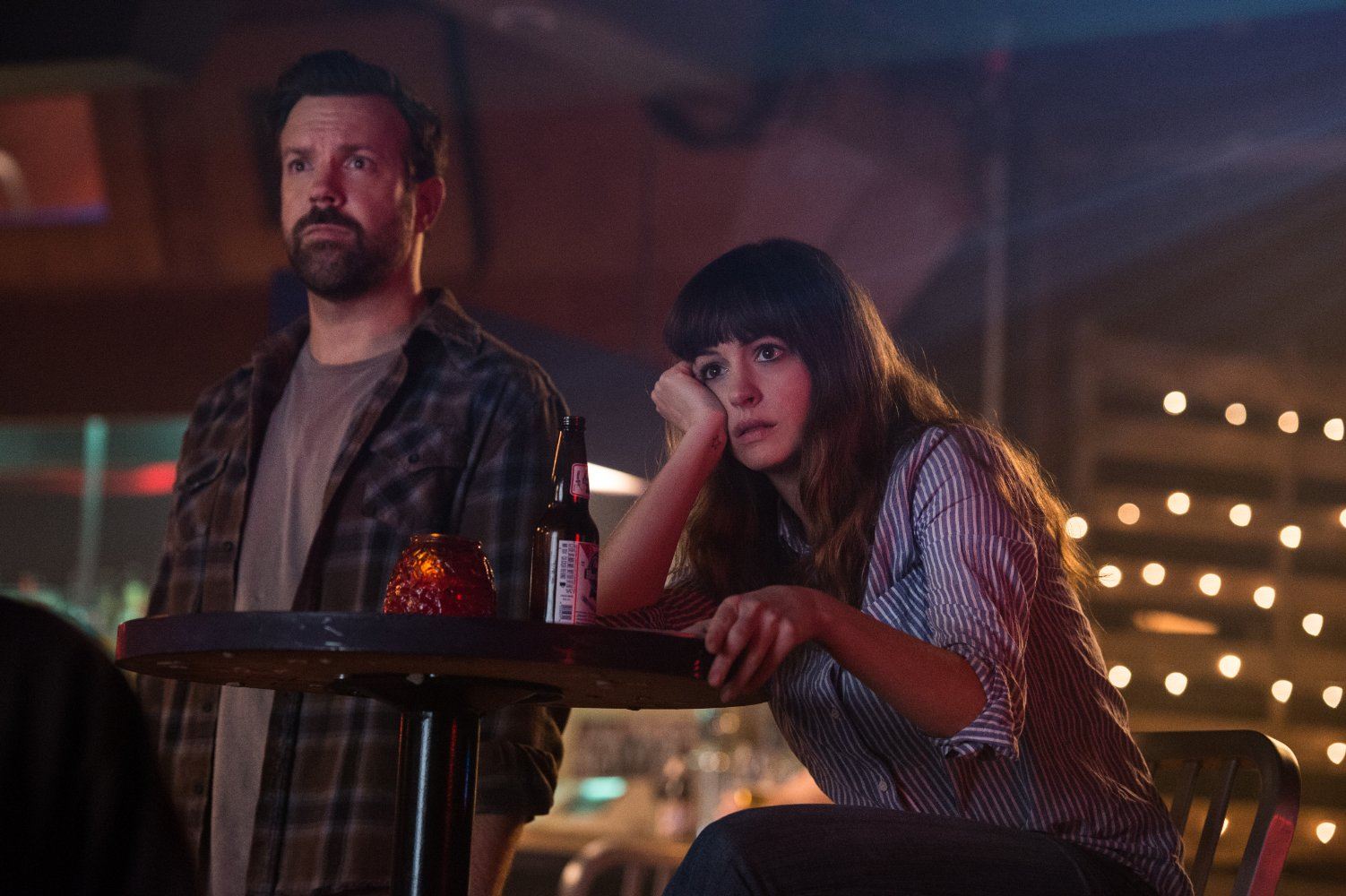 Soon enough, Gloria runs into Oscar (Jason Sudeikis), a former classmate who now owns a local struggling bar. The pair strike up a friendship once again and he eventually gives her a job at his establishment. We’re also introduced to local barflies Garth (Tim Blake Nelson) and Joel (Austin Stowell), who provide ample support in small but important roles.

Meanwhile – and this is where things get a bit kooky – a gigantic horned beast is terrorizing Seoul, South Korea. Before you start thinking this sounds like two very different movies, Gloria discovers her movements are inexplicably directly linked to the creature every time she passes through a specific playground at the exact time each morning.

It’s a lot to take in but writer-director Vigalondo is up for the difficult task, managing to keenly grasp the genre mashup’s surprisingly heavy themes with occasionally bizarre, sometimes hilarious, and often uncomfortably poignant moments.

One of those themes is alcoholism. Colossal is full of characters drinking, sometimes to excess. We’re introduced to Gloria while she’s stuck in a ‘morning after a bender’ haze. People hang around chugging liquor in the bar’s back room long after closing time; this even spills into the next day with dudes slinging back beers near an elementary school. 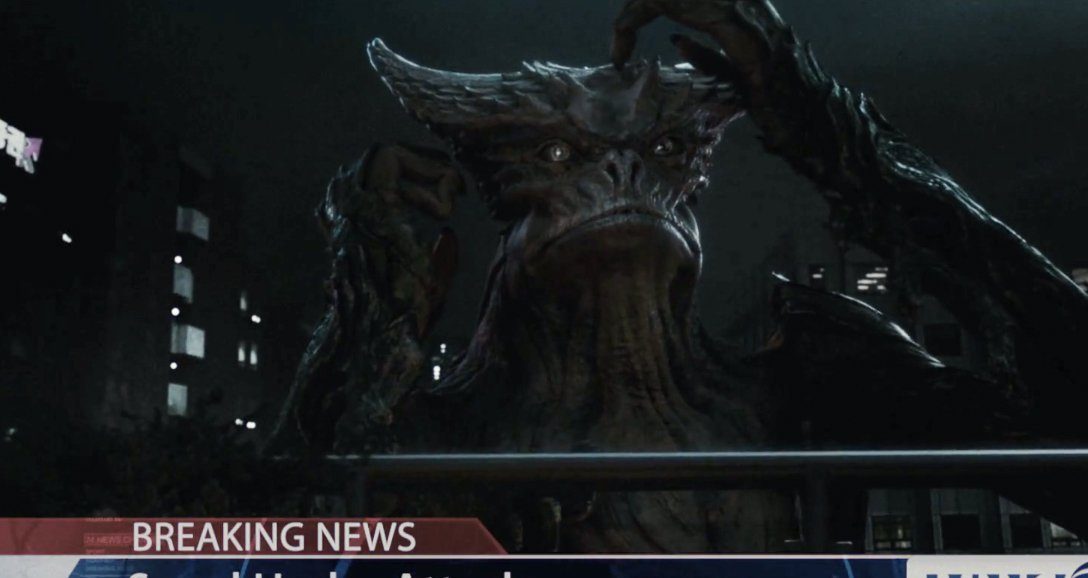 The mystery behind the nasty behemoth is eventually revealed and there are a few twists, particularly with Sudeikis’ role, but these elements are best left for the viewer to discover.

However, despite the flick’s intriguing premise and fine acting, the movie gets bogged down by its bizarre genre blending. This is jarring toward the end of the film as the plot seems to abandon its personal message in favour of explaining the monster connection. Vigalondo offers a genuinely original narrative but doesn’t seem sure how to wrap things up effectively.

Colossal contains, for lack of a better word, colossal ideas but they’re not explored enough to make for a truly satisfying experience. 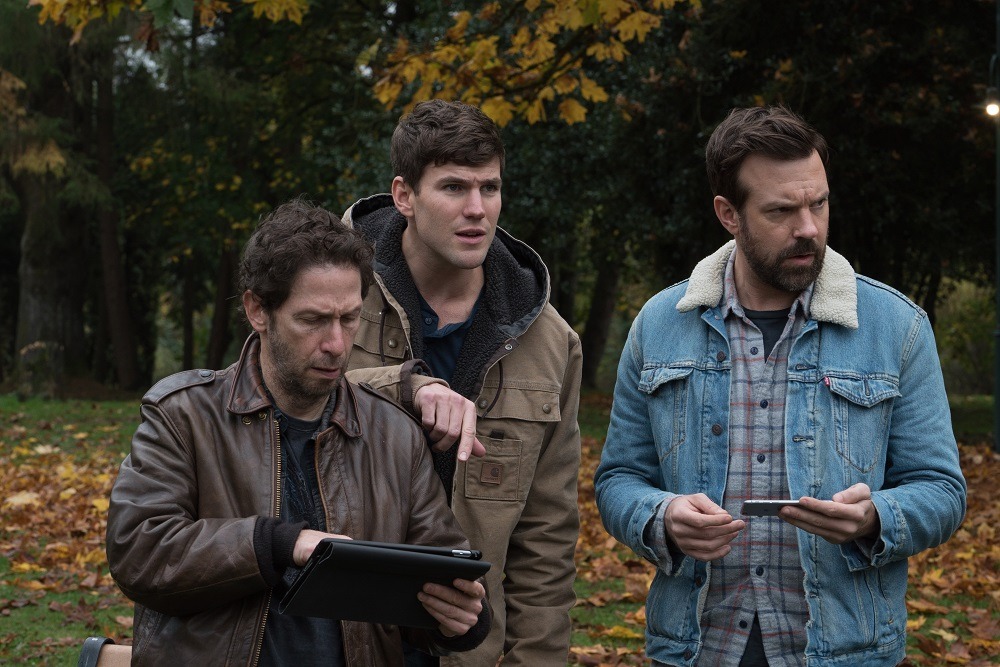 If anything, Hathaway’s strong performance further cements her career as a varied actress who won’t shy away from dynamic and even unglamorous roles.

Sudeikis fares extremely well here too. His character Oscar manages an ugly transformation from former friend into full-blown bad guy by the end. It’s an interesting commentary on how bullies sometimes never change.

And I would be remiss if I didn’t give credit to the monster that serves at Gloria’s ego. Impressive visual effects (for a modestly-budgeted movie) and cool creature design help make the sci-fi elements of the movie highly tantalizing.

In short, the film serves up an oddly mesmerizing blend of character study and good ol’ fashioned creature feature.

Some questions are left unanswered in the form of plot holes and the fate of Gloria’s inner demon-wrestling is unclear but that may have been the point all along; highlighting that we may never get over our issues, only seek to deal with them.

Playing at a theatre near you. Rated PG and is 110 minutes long.