In 2007, Nacho Vigalondo made a little-known Spanish movie called Timecrimes (aka Los cronocrímenes). It’s a mesmerizing time-traveling trip made all the more effective, due to the film’s intimacy.

Timecrime’s Spanish director Nacho Vigalondo has a talent for making the fantastical relatable. He does so again in his new, Vancouver-shot movie Colossal (starring Anne Hathaway), which somehow manages to make the giant monster genre into a personal human story.

Daily Hive chatted with Vigalondo on the phone about giant monster (Kaiju) movies, Anne Hathaway, his favourite Vancouver hangout, and a little-known fact about the monster itself.

Tell me about your time shooting in Vancouver?

Shooting in Vancouver was a blast. Everything was amazing, very supportive and very professional. I love the place, honestly. Vancouver is hugely different from the small town where I was born [Cabezón de la Sal, Spain] — the climate, the environment, everything.

I’d like to shoot a movie in Canada without faking the US. I’d like to feel the freedom of picking whatever is in front of us, without trying to figure how to turn it into a different country. It’s just a matter of being more free while choosing where to shoot.

Did you have any favourite spots in the city?

When you’re dealing with shooting you don’t have a normal life, you are not able to be a tourist. I didn’t stroll the city as a tourist, but I like to walk the street like anyone else in the city. I remember Golden Age, it was two blocks from my hotel. I spent a lot of time there.

I love it there. It’s funny from their point of view. There’s this weird guy from Spain. He’s goes to this place every week. He becomes a constant person. And then suddenly I disappear, from their point of view. I wonder what they think about me? Where did he go? He’s coming here for two months, every week, more than once a week. Suddenly I vanish! 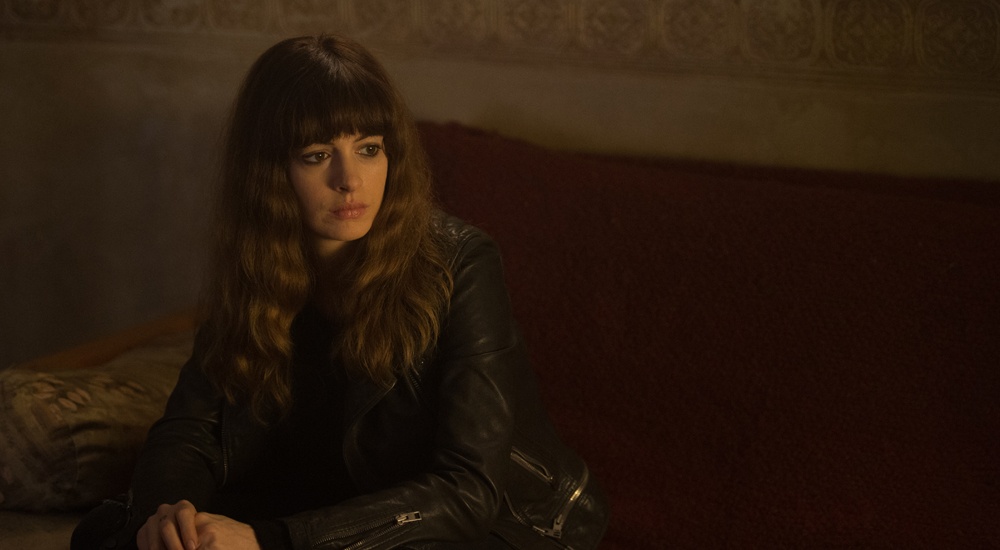 What was the process of getting such a high concept movie green lit during this very conservative time in Hollywood?

I can answer you using just two words. And those two words are ‘Anne Hathaway’. From the moment she came on board, and she jumped into this production really early, she became the engine of the film. The movie stopped being this crazy concept written by these lunatics from Spain and it became a Anne Hathaway film. So if you like the film you have a lot of things to thank to her. She became a superpower.

How did it come about getting Hathaway on board at such an early stage?

Anne Hathaway was open about how she became interested in the film. She was looking for something different, something weird to approach, she wanted to try something more refreshing, something closer to the kind of movies she liked when she was younger.

Sometimes, she said she wanted to make this movie for her younger self. I was incredibly lucky that she was looking when her agent gave her the script. Amazing things happened while I was just in Spain waiting for things to happen. It was really shocking. 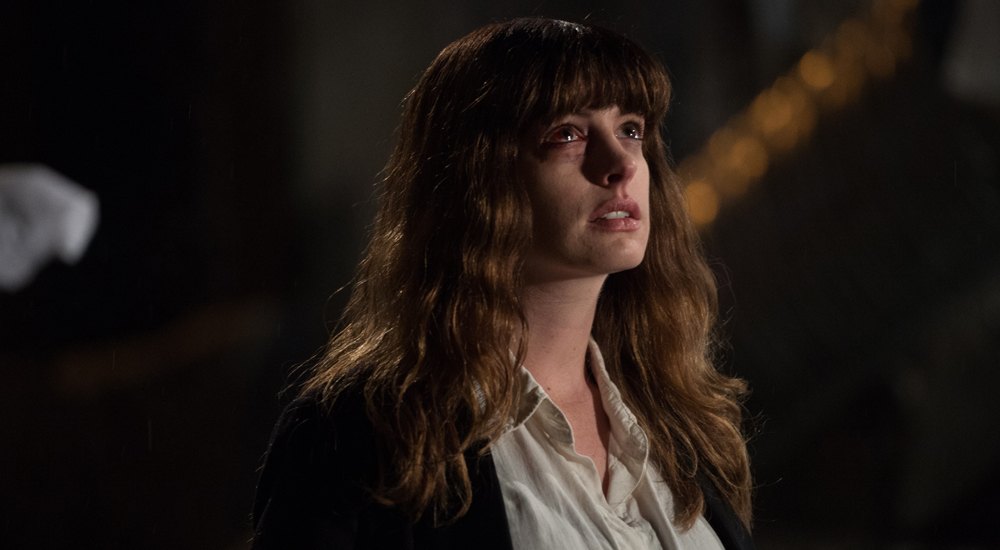 Were you a fan of the old Toho movies, like the original 1955 Godzilla?

The thing is, when you’re a kid growing up in Spain, and you’re born in 1977, you won’t see those kind of films on TV. We know they existed, but they weren’t a constant presence on TV.

What comes to mind with giant monsters is King Kong. It’s part of pop culture, not only the original film, but the remakes and sequels they made. I remember watching those and having a lot of fun. But of course when you’re older and you are able to watch foreign films and hear counter-culture voices, people who are really aware of things going on far from home, then you discover the Toho stuff.

What was your thinking of setting the film in Seoul, South Korea?

Most of the monster movies are coming out of Korea and China, I felt it had to be Asia. I wanted to pose the contrast with what you see on the camera for most of the film. The thing is, I knew South Korea, I was there with Timecrimes ten years ago. Making this movie gave me the chance to go back to those streets and shoot against those beautiful lights.

Vancouver doubles as Seoul for some scenes, but how many days were you able to do on-location in Seoul itself?

Most of the movie is shot in Vancouver. Some of the parks that pretend to be Seoul are actually Vancouver. All of the sequences with Anne Hathaway were made in Vancouver. But later we flew [to Seoul] because the producers wanted to increase the size and the premise of the film, and that’s the reason we were able to shoot there. We were shooting extras and some helicopter shots for three days.

Finals question, did you guys, in the script or in your own minds have nicknames or character names for the creature, the Colossal, and the Robot?

Yeah! The Robot’s name is Robot. But the monster is called Wilvan. Wilvan the mighty monster. That’s the actual name of the guy. Only three people know this!

Colossal (starring Wilvan and Anne Hathaway) is released in theatres on April 21, and is 110 minutes long.