Carol is a beautifully presented drama that doesn’t linger on historical details, instead focusing on a social legacy not often told on the big screen. Adapted from the 1950s novel The Price of Silk, originally written under pseudonym by Patricia Highsmith, the book became an instant cult classic on every budding lesbian’s bookshelf.

Traditionally, our official historical records have long been dominated by men. Acting as both chroniclers and subjects, men have irrevocably shaped how we remember our past, what events are worth recording, and which lives we devalue through omission. Carol, then, eschews the greater historical context for the smaller details of everyday people (more specifically, white people of a certain social-economic standing). And for the most part, it works. 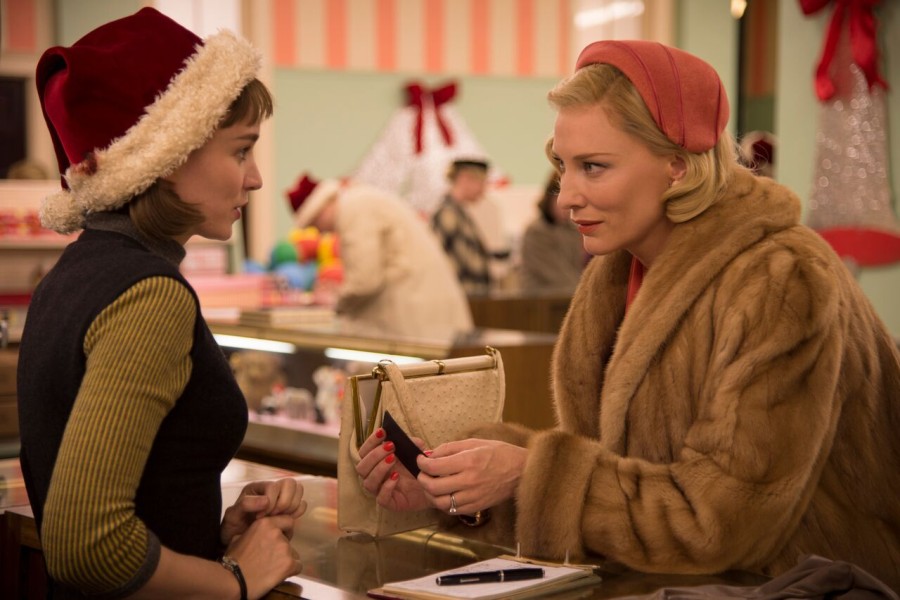 A young woman in her 20s, Therese Belivet (Rooney Mara), is a clerk working in a Manhattan department store and dreaming of a more fulfilling life when she meets Carol (Cate Blanchett), an alluring woman trapped in a loveless, convenient marriage. As an immediate connection sparks between them, the innocence of their first encounter dims and their connection deepens.

Times have changed since the fabulous fifties, what then, does this 2015 film offer to a modern audience? In the film’s best moments, Carol focuses on the subtle dance of courtship. That first glimmer of discovery and possibility, the awkward pauses and barely-there glances. The first half of the movie is a sinuous buildup between Blanchett and Mara; foreplay happening not so much between-the-sheets as it does in public through barely noticeable entreaties. Will she? Won’t she? The two women can never be on certain ground with one another, and that goes doubly for the audience.

Overall, Carol is a solid re-telling of the tested coming-of-age story, coupled with our modern fascination of the coming-out story. Blanchett is at once colourful and masterful in her role, but it’s one we’ve seen her do many times before. You either love it or hate it, but few can deny the mysterious intensity that Blanchett brings to her characters. 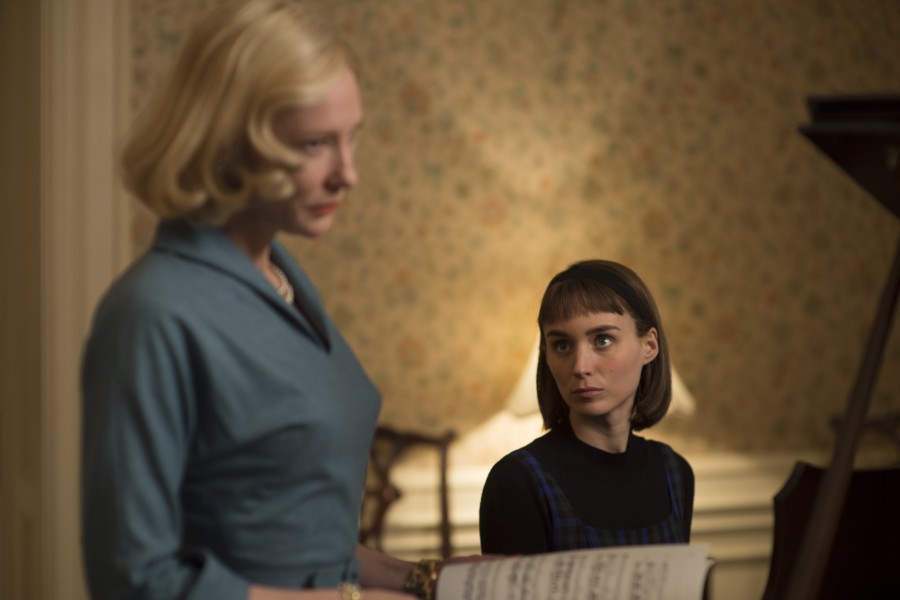 What really stood out for me was Rooney Mara’s turn as mousy Therese, so strikingly different than her unforgettable Lisbeth in Girl with the Dragon Tattoo. Mara is just as revealing as a working-class, 1950s young woman slowly finding her voice and agency. Therese’s language is that of resigned passivity, meekness of voice and manner made necessary by societal norms and earnest boyfriends. A less capable actress couldn’t have sustained that unspoken intensity for the entire duration but Mara, enhanced by director Todd Haynes’ almost uncomfortably long close-ups, shines all the way through. 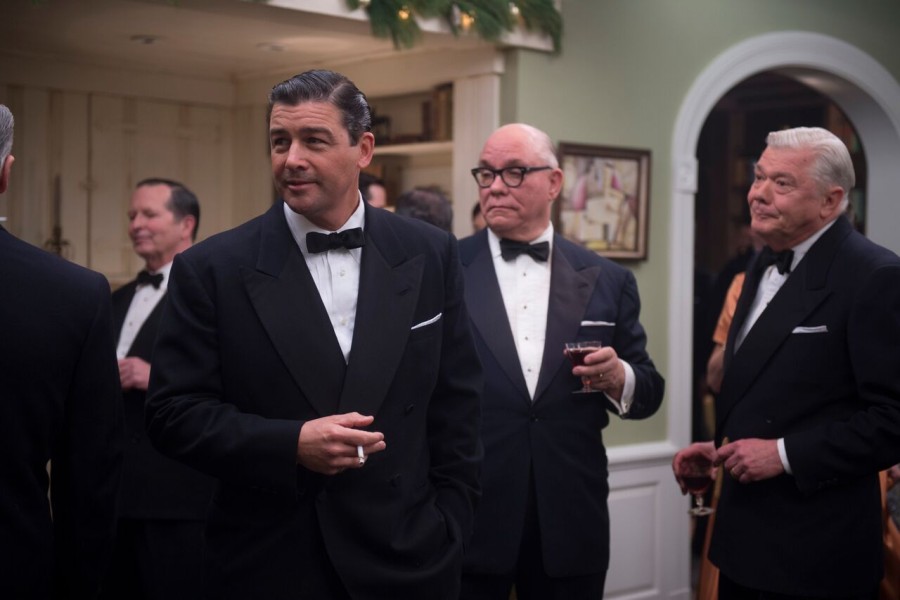 Masterful character studies aside, Carol’s other parts aren’t perfect. The supporting cast serves their purpose in providing a proper backdrop of conflict for the lovers, but none can really hold their ground to either lead. Carol’s estranged husband Harge (Kyle Chandler), in particular, doesn’t show much depth beyond one-note anger at his wife’s unwillingness to play her part. Even when pitted against Chandler’s most animated parts, Blanchett effortlessly outshines him. Pacing-wise, there’s a bit of a stumble in the second half, when Carol abruptly leaves and sends her former lover (Sarah Paulson) to drive Therese back to Manhattan. It’s a needless bit that doesn’t really advance story or character development, and not the first that the film throws at us.

In place of words and meaning, Carol’s gaze lingers on the physical touch, the unspoken language that has always been a part of female domain. It’s a quiet film speckled with moments of greatness, much like the common lives of the women within Carol.