When they drop you into Blade Runner 2049 you’ll be whisked away to a future world that honestly, doesn’t seem too far off the mark.

Yet after watching Ridley Scott’s 1982 classic Blade Runner, I felt the same way. We were supposed to have flying cars by 2019 dammit!

But what a sci-fi classic that film became.

Some nerds like me revere and hold that work of art high upon a pedestal as the 1980s calling card. Harrison Ford was the only hero we needed in those days.

Interesting side note, the original Blade Runner (the theatrical version) bombed at the box office and most of us oldies probably saw it on VHS. It also became one of the first films to be converted into DVD format but it wasn’t until Warner Bros put out the Director’s Cut, regarded as the best version of the film (there were 8 versions!), that the cult following expanded and solidified it as the most influential sci-fi film in cinema. 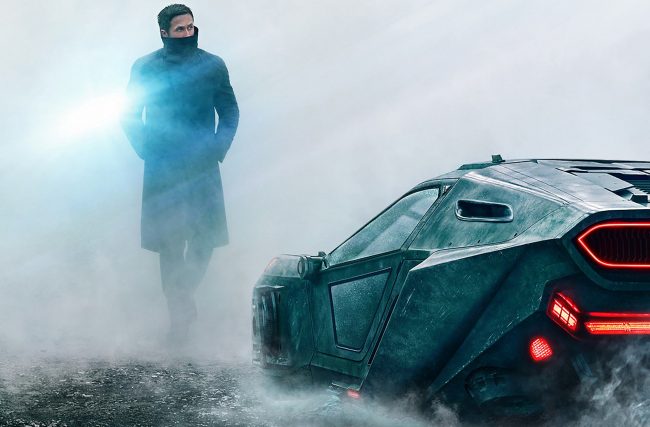 That influence had a profound effect on Canadian director Denis Villeneuve (Sicario, Arrival). He has said that it was one of the biggest reasons he wanted to become a filmmaker.

So imagine how cool it is that decades later he finds himself in the director’s chair for the long-awaited sequel Blade Runner 2049. Add in the fact that Ridley Scott is the producer, Hampton Fancher returns as the screenwriter, Hans Zimmer is involved in the score, oh and you get to work with famed cinematographer Roger Deakins (Sicario, Prisoners) again.

That’s a good gig if you can get it. 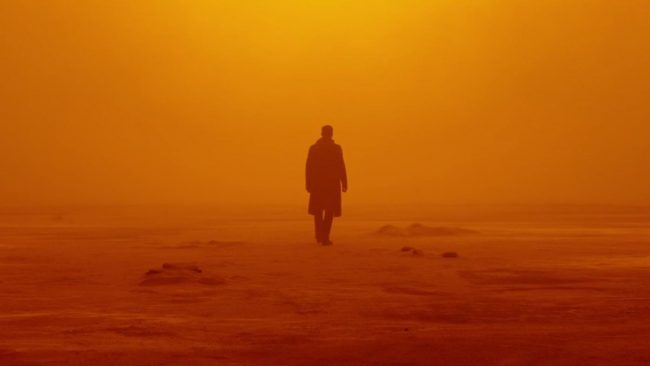 Villeneuve also got a chance to work with another “good Canadian kid” in Ryan Gosling who plays a replicant Blade Runner named Officer K. Ah yes, Gosling, so dreamy and very Harrison Ford like which is great because Ford reprises his role as former Blade Runner Rick Deckard.

You can see they spared no expense to make sure that Blade Runner 2049 had a chance of not only being a worthy sequel to the neo-noir classic, but a standalone film that also expands the universe.

I’m here to tell you that Blade Runner 2049 does all of that and more.

There is no reason for me to give you a synopsis of the film. You want to go into this completely blind like Jared Leto’s character Niander Wallace. By the way, Leto wanted to be blind for the entire filming process. He never got to see Harrison Ford or Ryan Gosling which is a shame, but that’s so Leto.

But fans of the film can rest assured that this is not a replicant of the original, it’s a Nexus 9 that will make you happy you waited 35 years. 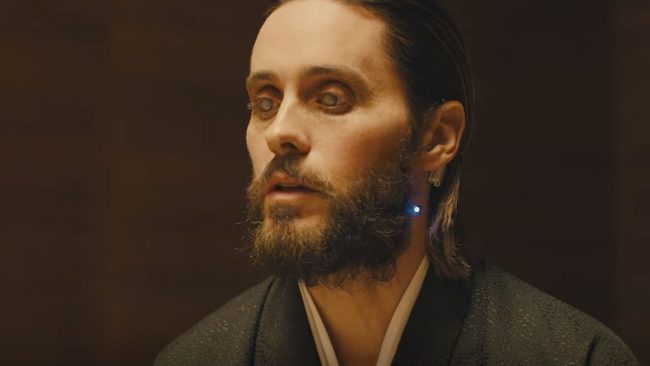 This is a 2.5-hour mind trip that sucks you in at the opening credits as soon as you hear the haunting Hans Zimmer/Benjamin Wallfisch score that would make Vangelis proud. What a year for Zimmer who also did the Dunkirk score, the Academy should just give him an Oscar now and cut the awards telecast down by five minutes.

But the real sweet music comes from the acting performances. Yes, Ford and Gosling are magical unicorns on screen, but there are star turning scenes from the likes of Sylvia Hoeks who plays a baddie replicant ironically named Luv. Her stare and ferocity alone is something to behold. You also can’t help to fall in love with a gorgeous and loving AI (Artificial Intelligence) hologram companion named Joi played by Ana de Armas. Both women are ying and yang to the story and steal every scene they are in. 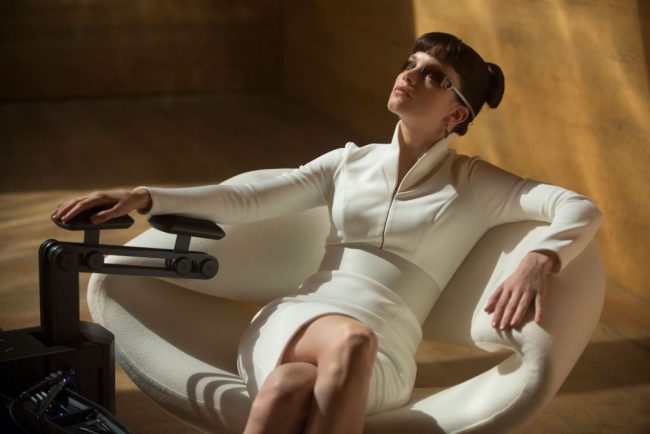 If you loved the slow burn of the original director’s cut, you will also fall in love with Villeneuve’s vision, because it not only tells its own story with the foundation of the original, but every nuance and detail is carefully crafted. There are also some excellent twists and turns that you’ll experience as you fly along through this existential sci-fi opus.

Some people will probably find it too plodding, or maybe they won’t fully understand the story. Like Arrival, it’s one of those thought provokers you’ll have to see more than once. There are a lot of deep messages in here where we are once again asked, what does it mean to be human? What is the meaning of life? 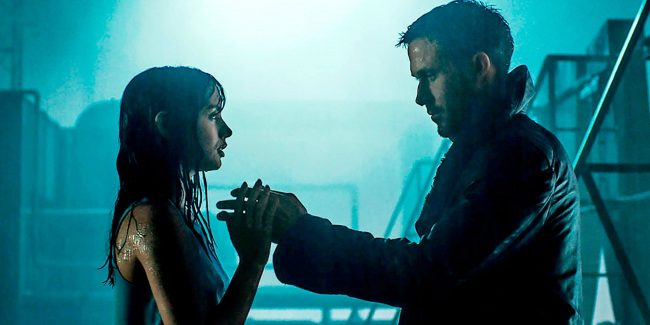 I don’t think as Canadians we appreciate what we are witnessing with fellow Canuck Denis Villeneuve. He is an auteur of the highest order that this country should celebrate and appreciate. We are witnessing an artist at the top of his game.

Bravo Monsieur Villeneuve, you have created another classic.

I couldn’t find an extra piece of popcorn to give this a 6 out of 5.

Rated R (for language throughout and some sexuality/nudity.). Running time: 164 minutes. Opens Friday, October 6, 2017 at a theatre near you.